To address all the components of our project, we had to talk to many different people, from both land and sea. On land, we consulted with experts in microbial fuel technology to understand how we could use our microbial fuel cell to power our device. We also participated in a public workshop on synthetic biology and were able to get feedback from people in our community. From the sea, we talked with the head of science at Seabin, a company that wants to rid the oceans of plastic with their unique invention. We also received plastic from Parley for the Oceans, an organization that “addresses major threats towards our oceans, the most important ecosystem of our planet.” Parley 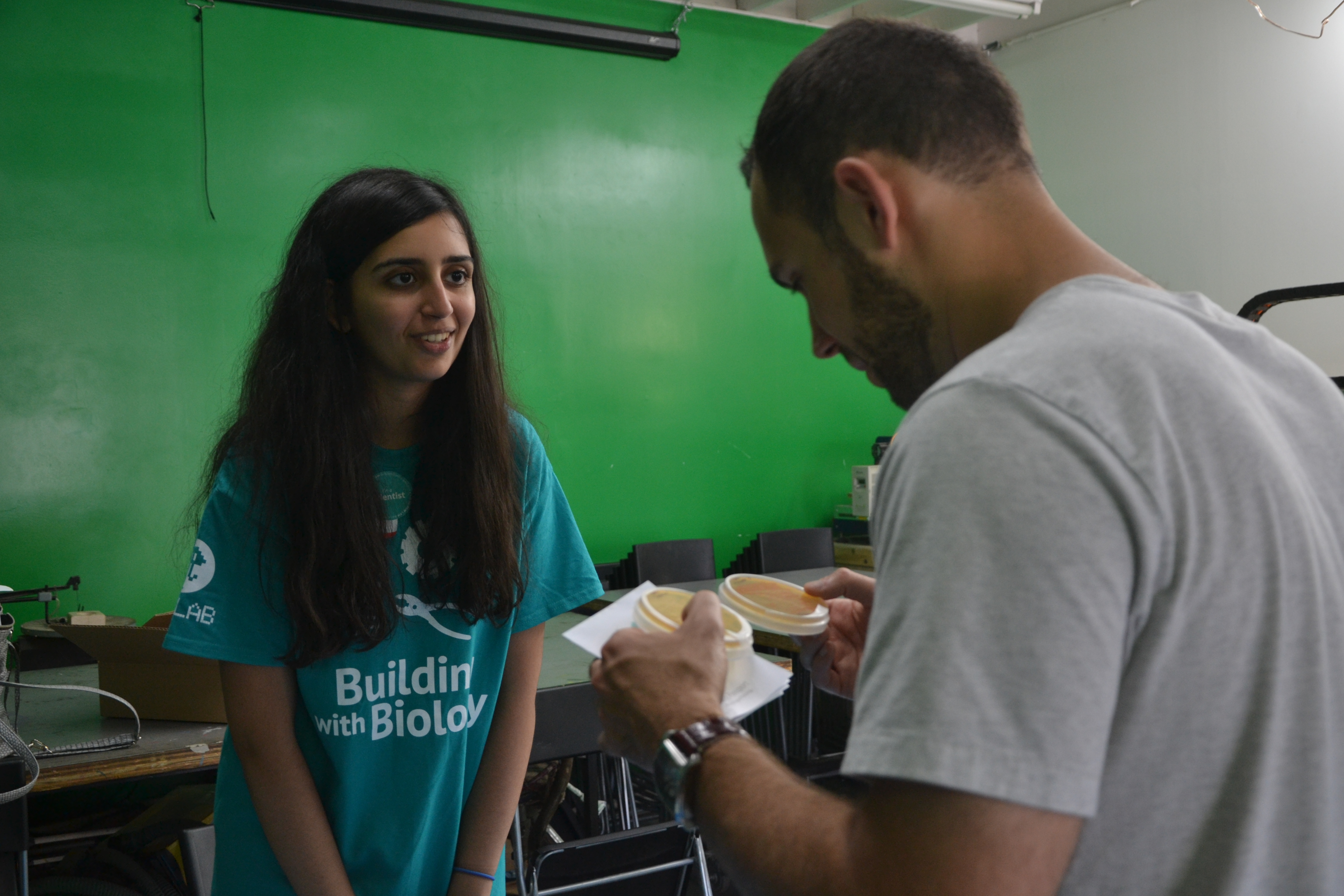 After describing each process, we asked visitors to “vote” on which method they found preferable. It was interesting to see how visitors across the board displayed a strong aversion to vitamin A produced in chemical labs. When we probed them on their decisions, visitors revealed that they were put off by the possibility that chemical synthesis could produce hazardous waste products. In comparison, yeast production seemed more environmentally-friendly. The main concerns that visitors had about genetically modified yeast actually related to costs: they wanted to know how many plates it would take to grow enough yeast to produce a bottle of supplements and how expensive those supplements would be compared to those derived from natural sources. We initially struggled with answering questions dealing with the economics of the yeast and ended up performing research into this area during our lunch break so that we would be able to better address the concerns of visitors.

Our experiences with the "Vitamin A: You Choose!" activity led us to rethink the potential challenges associated with our PlastiBack project design. Up to that point, we had been focusing our human practices on sound safety practices, however our time at the Building with Biology event revealed that individuals from the public are concerned not only with the ethical dilemmas of synthetic biology but also its cost competitiveness in comparison to other approaches of removing plastics from marine environments.