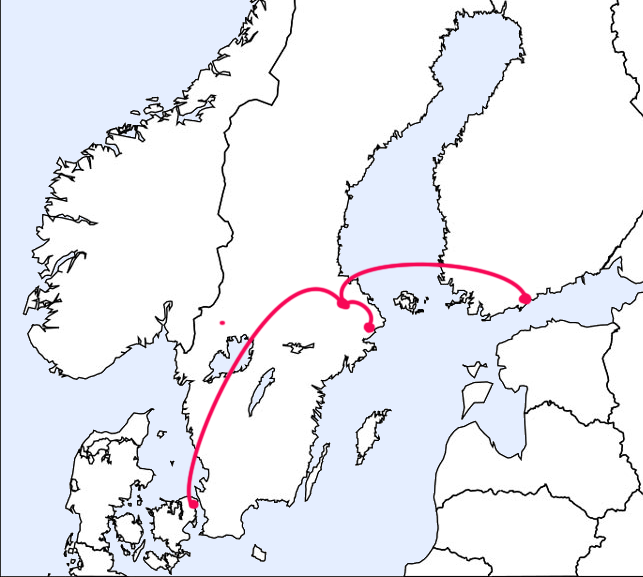 The Aalto-Helsinki iGEM team helped us by supplying us with protocols for working with yeast.

To try their linker between spiderweb and a protein the Stockholm iGEM team asked for the UnaG protein. As UnaG requires the cofactor bilirubin to fluoresce, which can both be added and washed away, it is a good protein for characterization. We therefore assembled a plasmid with RBS and UnaG under the control of the specifically requested T7 promoter which was sent to the Stockholm team. We also supplied the Stockholm team with bilirubin as well as a guide on how to use it.

Our team also participated in this years Nordic iGEM Conference (NIC) hosted this year by the Stockholm team. NIC is a conference held during the summer to strengthen the bonds between the nordic teams and allow them to meet and exchange ideas.