The University of Warwick iGEM team is proud to participate in this year’s Interlab study. The aim of the Interlab study is to analyse the measurement of fluorescence in labs across the world. This will allow determination of whether comparable results can be gathered to characterise devices using an identical protocol, but different lab equipment and techniques.

Having absolute units of measurement in engineering simplifies the comparison of sets of results, making collaboration between different research groups a far easier process. However, in biology, variance in growth conditions and subtle differences in lab technique renders absolute measurement of aspects of cell biology, such as fluorescence, very difficult to achieve. This is often overcome by using relative expression as a comparison, but this makes interpretations of results across labs subjective, limiting the reliability of device comparisons made by synthetic biologists. In the interest of making synthetic biology more of an engineering discipline, it is important that absolute measurements of expression be invented and standardised across labs.

Our team participated in this study using the plate reader protocol distributedhere: 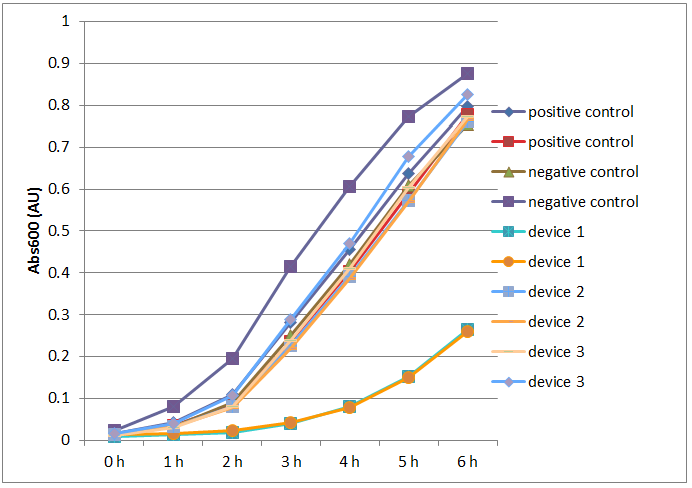 Figure 1: Plot of OD600 measurements for Interlab devices, controls, and replicates over a time period of 6 hours

As shown by Figure 1, devices 2, 3, and the positive and negative controls have similar growth curves. This suggests that when present in the cells, these devices had no influence on replication ability. However, device 1 had a far lower growth curve, peaking at an OD600 of about 0.26 after 6 hours - a 66% reduction compared to the other constructs that had maximum readings exceeding 0.76. 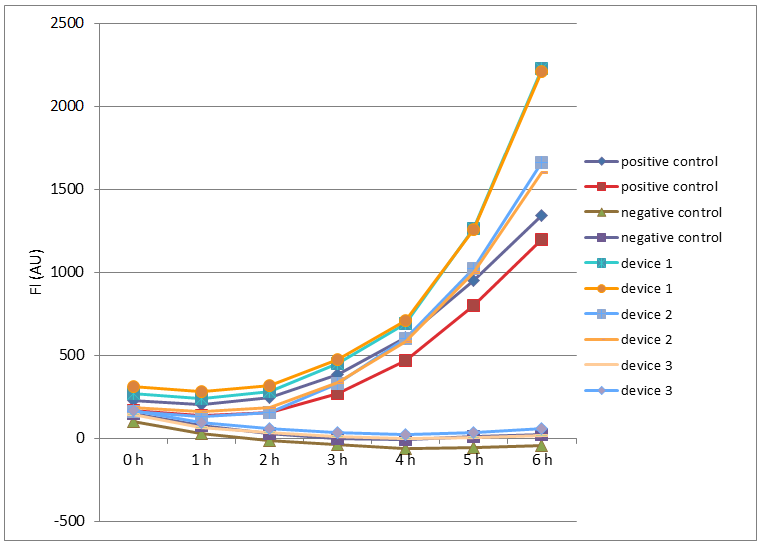 Figure 2: Plot of GFP fluorescence measured with an excitation of 465 nm and emission of 530 nm, over the course of 6 hours for Interlab devices, controls, and replicates 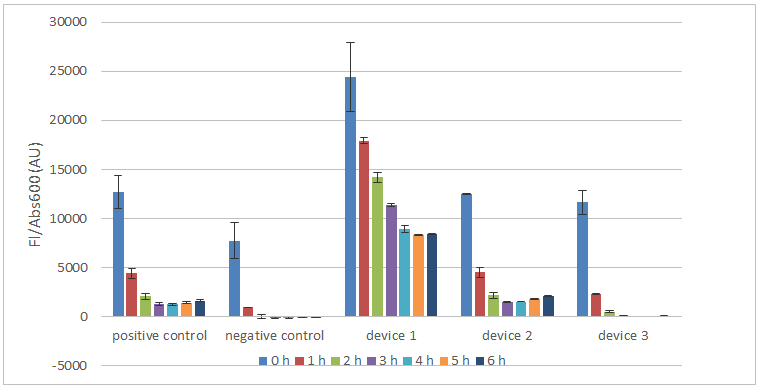 Figure 3: Graph representing the ratio of fluorescence to growth for each Interlab device

Device 1 produces the most fluorescence per cell, to the extent that a lower concentration of device 1 cells still generate the greatest GFP expression than higher concentrations of any of the other constructs tested. However, this high expression rate limits the growth ability of the system to a third of the normal growth. Device 2 produces 32% more fluorescence per cell than the positive control, whilst maintaining a similar growth curve.

In systems where it is important to maximize fluorescence over growth, device 1 is a good candidate for GFP production. On the other hand, in systems where maintaining growth is equally important it would be far better to use device 2. Device 3 is an unsuitable candidate for GFP production in every conceivable system, due to poor rate of expression.