Where the idea is, where the opportunities are.

In analogy to electronic circuit, the construction of a programmable cell can be divided into input, engineered gene network, output three modules. The components of each module can be reassembled for the diversify clinical treatments.

Based on this idea, our team designed a gene circuit model and apply it into a certain gene circuit. When putting the circuit into bacteria, the bacterium soldiers formed. Our gene circuit contains four parts：sensor, responder, switch, and lysis. The components of the circuit can be disassembled and assembled.

During our brain storm, the gene circuit "Plug and Play" designed by Kobayashi et al. helped us to find the design strategy for constructing the programmable bacteria. The gene circuits of detecting and killing MRSA from iGEM Team TU-Delft 2013 and LMU 2014 also gave us revelation. Also, we used the M13 phage delivery system designed by iGEM Team Paris Bettencourt 2013 as our responder. Finally, we created a gene circuit which can combat with the multidrug-resistant bacteria.


In this model, we aimed to construct a programmable cell which can sense particularly biological signals, and later lyse itself for releasing the responder and controlling its population level.

According to our circuit, we choose the LuxI/LuxR system as our sensor part. The toggle switch contains lacI gene and cI gene. And the responder is M13 engineered phage packaging the sRNA cassettes. Then, a gene circuit which can sense the signaling molecules AHL and silence the antibiotic resistance gene of Enterohemorrhagic Esceriachia coli is constructed.

As mentioned above, our engineered bacteria are designed to detect the signaling molecules and start the responder gene.

One quorum sensing system in Gram-negative bacteria is LuxI-LuxR type. LuxI is the autoinducer synthase to produce the acyl-homoserine lactone (AHL) autoinducer, and LuxR is a protein which can bind AHL autoinducer and then activates transcription. In our sensor, the right hand Lux promoter (Lux pR) can be activated by LuxR-AHL component[1].

The sensor consists a promoter (BBa_J23100) and LuxR gene and Lux pR (BBa_A340620). BBa_J23100 is a strong promoter that can be on in strains without any inducer, so LuxR gene can express constantly. The autoinducer AHL will bind LuxR when the concentration of the AHL up to the threshold. Then the promoter Lux pR will be activated, and the responder start to express.

Recently the recombinant phage containing genetically engineered DNA has been a new weapon for clinical treatment. This combination enables the extension of phage's innate phenotypes, provide a delivery way for sRNA cassettes. The M13 phagemid/helper system has been widely used in phage display, and been commercialized already. We choose the M13 phagemid/helper system packaging the CAT-targeted sRNA cassettes as our responder.

Figure 5. After the Lux pR promoter being activited, the M13 phage is produced and the sRNA cassettes is pakaged into it.

In our experiment, the M13 phagemid is constructed by the sRNA cassettes and a phage-derived f1 origin (M13ori) of replication. And the helper plasmid contains M13, coding all the machinery genes required to produce viral particles. When the phagemid and helper plasmid are co-transformed, the sRNA cassettes can be packaged into the particles, then the engineered M13 phage is able to infect the live E.coli via the F pilus [2].

The sRNA cassettes combine a scaffold sequence with a 24 base pairs antisense target-binding sequence [3]. The scaffold sequence contains an Hfq-binding motif. Hfq protein helps the combination of mRNA target and the sRNA, and then leads the target mRNA to degrade.

We supposed to design a aac(3)-Id targeted gene. Aac(3)-Id confers E.coli 0157:H7's resistance to gentamicin(Gm) and sisomicin(Sc) to Salmonella enterica. But for the source limitation, we chose a CAT-resistance E.coli as the targeted bacteria for our experiment to test the efficiency of sRNA silencing. In our experiment, the targeted gene was CAT, which leads the CAT resistance. The sRNA cassettes are competent to knocking down the expression of drug-resistant gene. When joint used with certain antibiotics, the drug-resistant bacteria can be killed.

Figure 6. The diagram of the mechanism that how the switch consisting of the cI gene and lacI gene works.

When the signaling molecules reach a certain level, the sensor will be activated and stimulate the responder. In order to have a better efficiency, we used a lysis gene to crack the cell for the responder releasing. And for a larger repression of the responder, we used the toggle switch to provide more time before the lysis [4].

When the concentration of AHL around the engineered bacteria in a low level, AHL cannot be sensed by the Lux sensor part, so the responder and lacI-1 gene is inactivated, and the regulatory lacI+pL is able to stay an activated mode. It leads an expression of cI at its wild-type level, which inhibits the lysis gene. However, when the AHL molecules reaches a certain concentration, AHL can be sensed by the sensor part, then regulatory lacI+pL promoter will be activated for the expression of responder and lacI-1 [5]. The products of the lacI-1 inhibit the regulatory lacI+pL promoter so the expression of cI is inhibited. As a result, inhibition of Pr promoter will be relieved [6]and lacI-2 and lysis gene can express. The product of lacI-2 can further repress cI, and the products of lysis gene make the cell cracked.

Our lysis consists of a Pr promoter (BBa_R0051) and a lysis gene (BBa_K112806), this gene can express T4 endolysin lysozyme from enterobacteria phage T4 degrades peptidoglycan layer. Endolysins are proteins which can help the phage through the bacterial cell. The endolysins can cause lysis by degrading the peptidoglycan, which is a necessary substance for the cell wall [7].

When the pathogens reach a certain concentration, the sensor part responds to their signaling molecules and start the transcription of the M13K07 packaging. Then the toggle switch transforms from the "ON" state to the "OFF" state. This transformation needs some time, so enough time can be left for the M13 phages to be synthesized. When the switch is in the "OFF" state, the repression of lysis will be relieved. The M13 phages packaged and the cell of the engineered bacterium begins to fracture, then the M13 phage can be released to kill the target bacteria.

The following picture shows how our gene network senses the signaling molecules AHL and finally releases the M13 phagemid containing sRNA cassettes in the programmable bacterium. 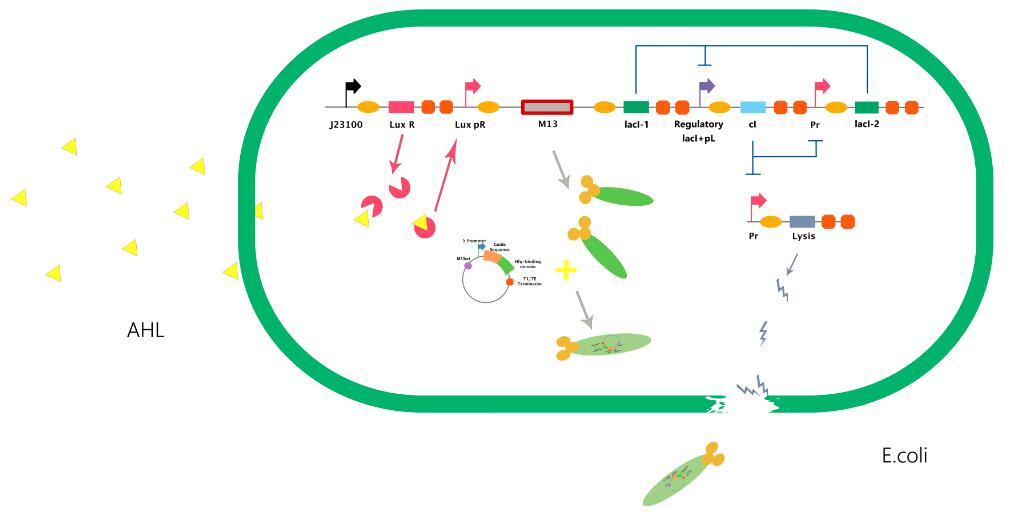 Figure 8. Diagram of how the entire gene network works in the programmable cell.

This year, we redesigned the Street Cleaner System by replacing the PADH and FADH with another gene, which codes FDM (formaldehyde dismutase), BBa_K1960103. This enzyme enjoys high catalysis activity of translating formaldehyde into carbon dioxide and methanol. In addition, their whole project still has some problems, for example, they used the formaldehyde activated promoter, BBa_K1334002 to controls the work of this system, this means than only when the system contacts with formaldehyde will the coding sequences express, and the expressed enzymes might have no activities to absorb formaldehyde because of the little amount. So we decided to replace the promoter BBa_K1334002 with a constant promoter, BBa_J23100, and use mRFP to show whether this system works.

And we kept their Lysis System in a way, but still a little changes, replacing their e4 protein with T4 endolysin, another powerful lysozyme from enterobacteria phage T4 degrades peptidoglycan layer.