Performance of the system was predicted using a finite difference model. To purpose of the model is to inform design regarding the viability of the PAO system, particularly to predict how long a single PAO reactor is useful before needing to induce the phosphate export subsystem.

An analytical model using finite difference methodology was developed to predict performance of our phosphate uptake system over time. The methodology for developing the model is seen in Figure 1. 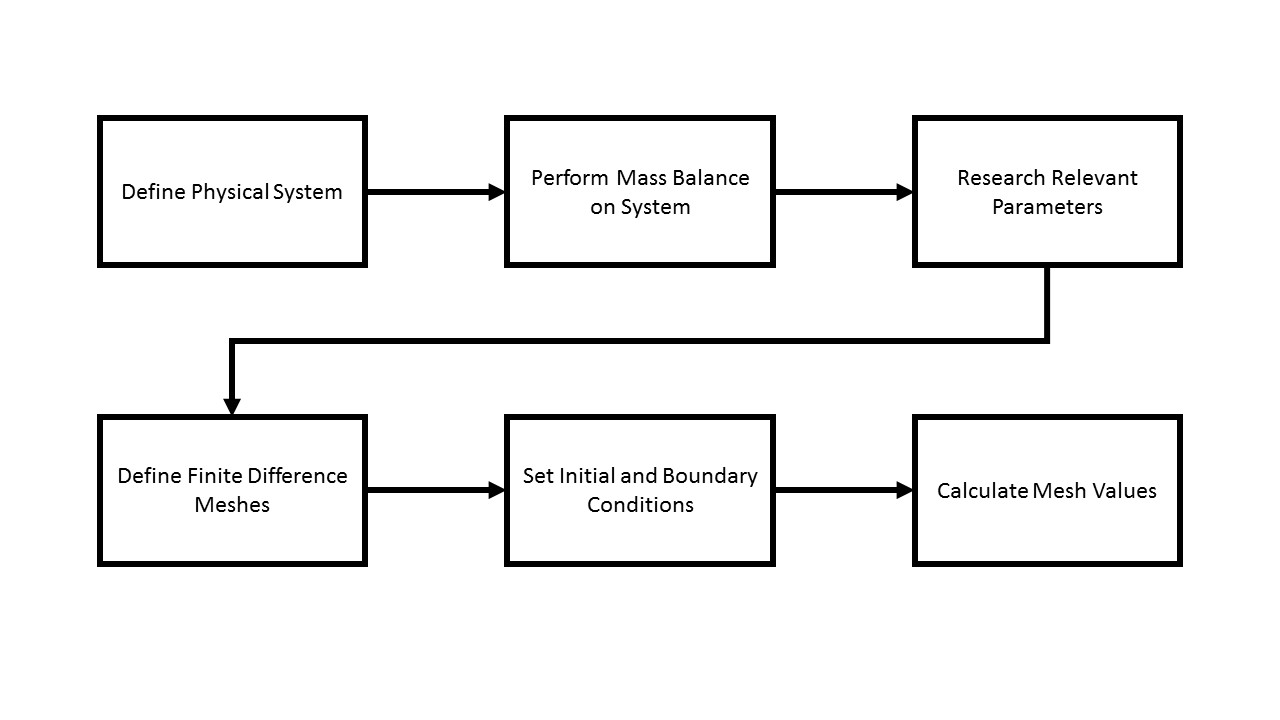 Figure 1: Overview of model development methodology. First, the physical system is defined, including physical parameters. Second, a mass balance is performed in each differential slice to develop an equation to describe the phosphate uptake rate. Third, relevant parameters, namely the instream phosphate concentration, are pulled from the literature. Fourth, the dimensions of the finite element meshes are defined and the meshes are created. Initial and boundary conditions are set before the meshes are analyzed using the finite difference equation.

The dimensions of the bioreactor were measured and are seen in Figure 2. 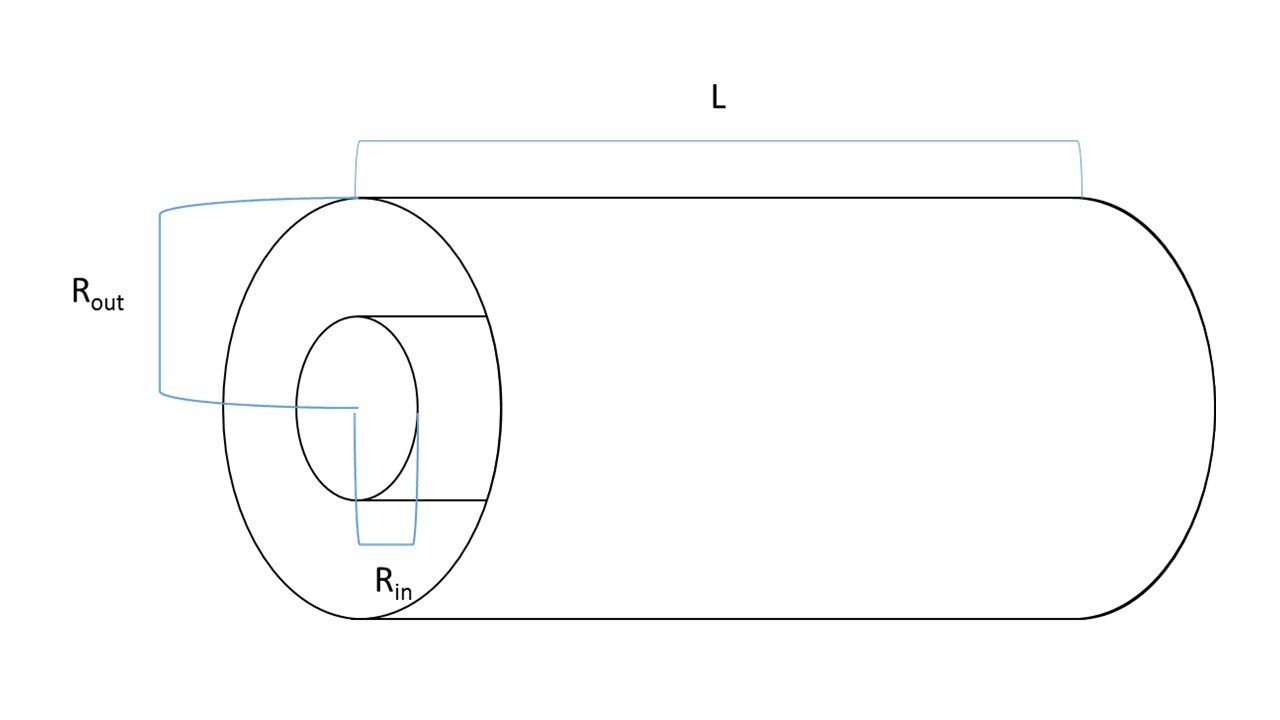 Figure 2: Schematic of the bioreactor system. Fluid flows into the outer annulus, where the encapsulated E. coli reside. The fluid reaches the far end of the cylinder and then flows out the central tube. Rin was measured as 3.1 cm, Rout as 3.8 cm, and L as 25.6 cm.

Δt is a parameter of the model. The differential volume is calculated based off of the volumetric flow rate (Q) as seen in Equation 3.

The model makes a few assumptions to simplify the calculations in order to build a general sense of system performance.

Concentration profiles of phosphate at various time points are seen in Figure 3. 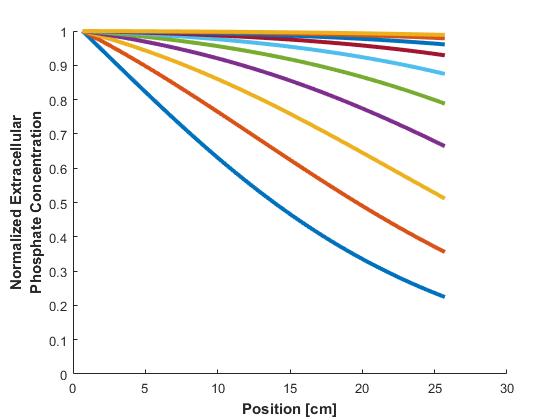 Similarly, concentration profiles across the reactor of phosphate within the cells are plotted in Figure 4. 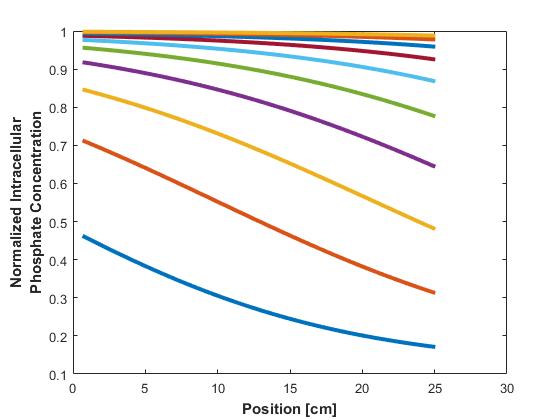 Additionally, the average intracellular concentration of phosphate across all cells in the bioreactor is calculated and plotted against time (Figure 5). 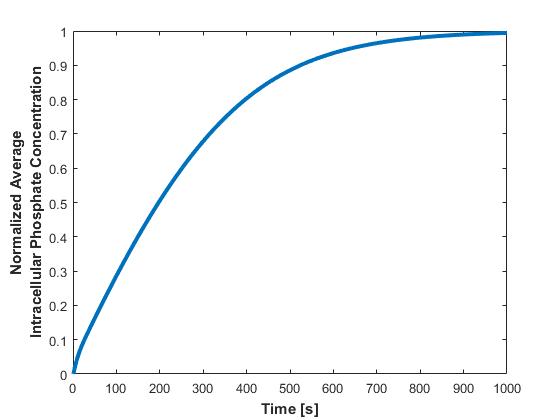 To determine the overall efficiency of the reactor, the exiting concentration of phosphate is divided by the original, instream concentration, and plotted against time in Figure 6. 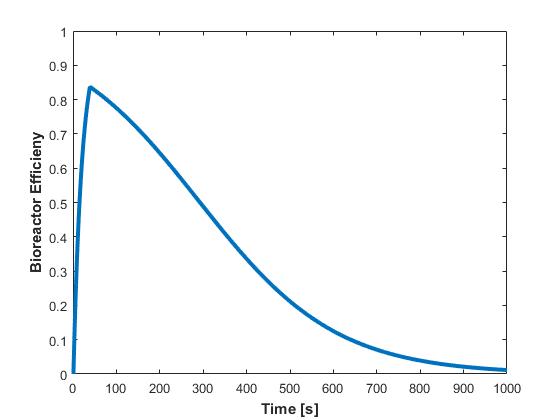 Figure 6: Bioreactor efficiency over time. The reactor peaks at 83.7% efficiency before decreasing as the cells near their phosphate capacity.

This plot embodies the usefulness of the model, as the reactor efficiency is a measure of system performance. The plot can be used to determine a cutoff point when the PAO should be replaced. For instance, if the cutoff efficiency is 50%, the filter would be replaced at the 300s mark, or every five minutes.

The effect of flow rate on the bioreactor was evaluated by simulating various flowrates (Figure 7). 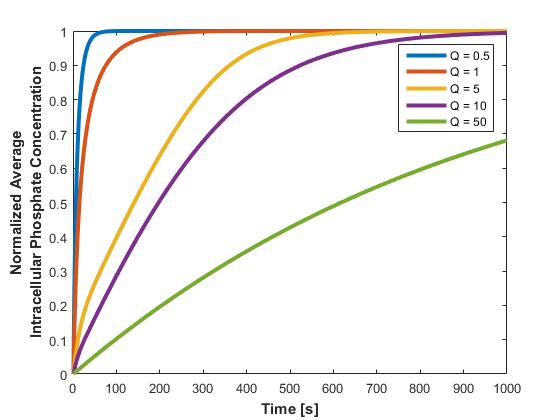 Figure 7: Effect of flow rate on phosphate uptake over model simulation time. The model was run at various flow rates (0.5 mL/s, 1 mL/s, 5 mL/s, 10 mL/s, and 50 mL/s). The cells reach their maximum capacity of phosphate sooner as the flow rate slows. 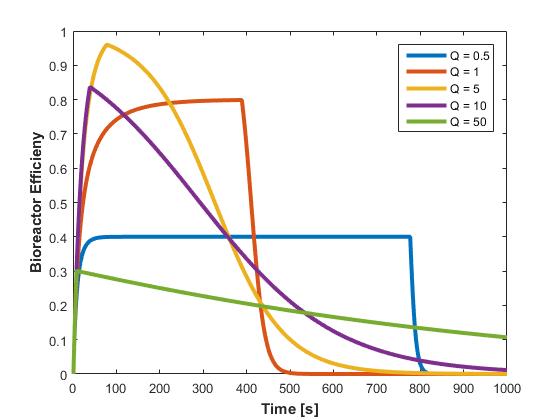 Preliminary modeling of the system has provided a general idea of the system performance and how often filters would have to be changed for effective operation. Future iterations of the model would rely on experimental data to get a more realistic value for k, the phosphate uptake coefficient. Future iterations could also inform the value of k further and explicitly define it as a function of plasmid copy number, promoter strength, and other factors.