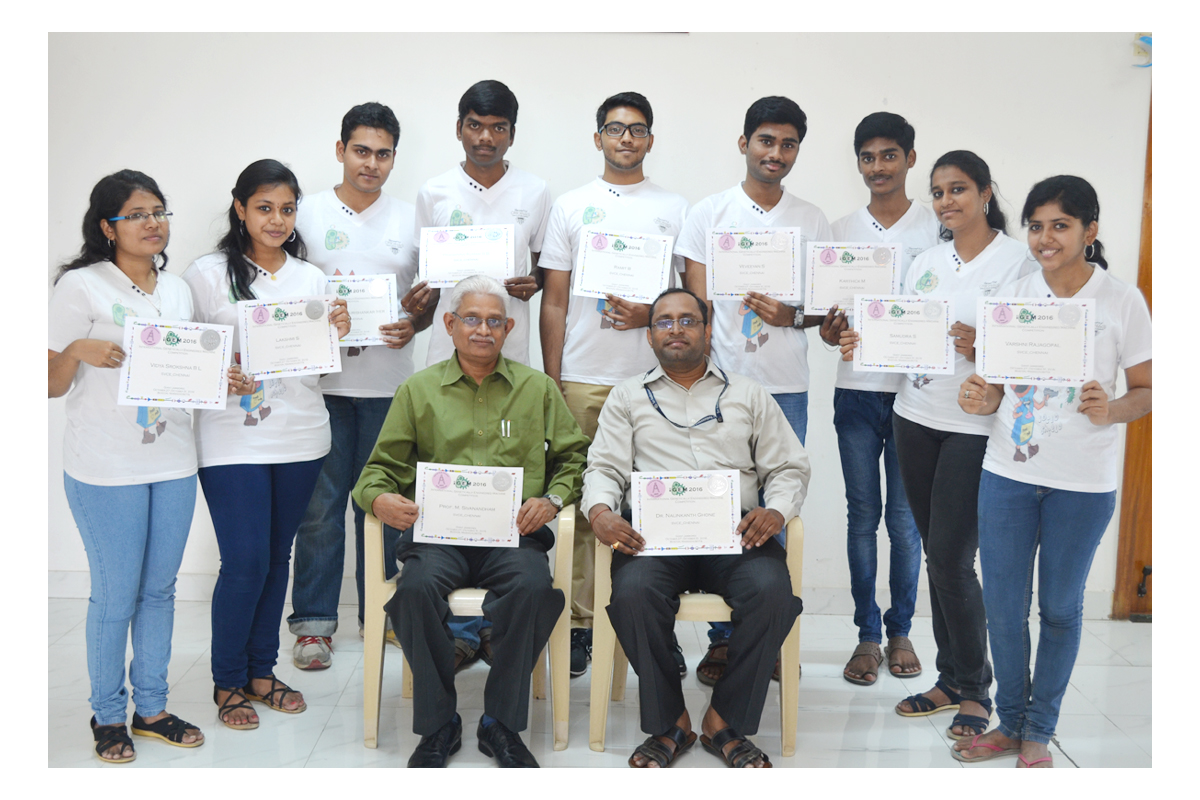 He has done his Doctrate in Radioimmunolocalization of a murine lypmphoma. His area of interest is biochemistry, immunology, immunotechnology, genetic engineering and molecular biology. Being the chief instructor of the team, he aided the team with all the conceptual ideas and facts and took the team till the end very professionally.

He has done his Doctrate in biomedical engineering. His area of interest are biomaterials, nanomedicines, Stem cells and tissue engineering, biocompatibility and drug delivery. Being the instructor of the team, he efficiently assisted the team on various technical concepts.

The one who guides the team with fine intricacies in cloning techniques. He helps the team 24X7 in both technical and non technical work.

She holds control in the AMP analysing team and takes responsibility of gelling and organising the team work.She is the most cheerful person in the team.

She is the lead worker in the promoter team and takes in charge of funding regulation and management. She loves to sing.

She takes charge of the interlab and sporulation team and manages the Human Practices team with great enthusiasm.She is the most naughty person of the team.

He plays a role of an editor for the WIKI and also maintains dates and deadlines. He loves to travel and cycle. He is also a very good painter.

The one who guides the team and addresses tricky issues with quaint dialect words.Loves to cook with a great variety.An enthusiastic artist who is awesome at pencil sketch.

She assists the team with zeal,especially in their HP works with the base of her previous experience.She also takes charge when needed.

The stress burster of our team who guides works with an unruffled attitude.He rocks in microbiology.He is adventurous and a biker who prefers to travel.

She attracts the team with her docile nature.She helps the team in organising HP works and corrects the team members in a friendly way.She sings like a bird with her magnetic voice.

He is the storage record book of the team and a constitutive member of the promoter team.He works in lab with sincerity and honesty.He also takes role in maintaining the letters and documents.He sketches cartoons occasionally.

An energetic person without whom the team’s energy is lost.He is an integral part of the AMP team and also works with enthusiasm in the HP team.He is the prime reason in regulating funding and also the sketches present in the team logo,T-shirts,brochure and also the pamphlets are his contribution.

An innovative person who craves to learn new things and loves to gossip.He is an innate part of the HP and WIKI team and also actively helps in collaboration work.He analyses the technical part of the work in the AMP team and is a great speaker.

She plays a good role in the promoter team who is keen on working with perfection in lab.She also gives a hand in the collaboration work when required.She mysteriously disappears at times.She is a good bathroom singer and has a great sense in the moral values of life.

He learns stuffs in the AMP works and plays a good role in the WIKI team.He works well for the team’s banners.He is a good helper for the team’s HP works.

She works clean in the interlab team and also helps in the team’s HP works.She is a tidiness freak who wants to keep everything around her clean.

A person who loves to manage collaboration works.An intrinsic part of the HP team who loves to organise works in it.She also works in the promoter team with zest.She loves sketching.

She is the youngest person of the team and readily works with energy in the HP team with atmost responsibility.She is excited to learn new stuff in the lab work.She never complains.She is also a professional singer.