G-Block designs are shown below in Figures 1 and 2 as schematics or sequences. In their original work, Thorell et al. cloned, sequenced, and functionally expressed the natural coding sequence for Cld from I. Dechloratans. They determined that the gene was capable of converting ClO2 to O2 and Cl- and that its activity was localized to the periplasm, even though its putative signal peptide had not been cleaved. In light of their results we decided to design a Cld gene (Cld SP+) where the putative signal peptide was replaced with the MalE signal peptide from E. coli that has been previously shown to be a superior signal for periplasmic localization that is cleaved (Samant et al. 2014). In addition we designed a Cld gene that lacked the signal sequence (Cld SP-) as a negative control. We also appended a C-terminal histidine tag to each in order to purify the enzymes in the event that O2 production from living cells proved inefficient. Flanking these BsaI sites were XbaI (5’) and the BBa_ std 1 suffix (3’) to facilitate parts creation for the registry. We note that the natural coding sequence contained none of the standard BBa_10 restrictions sites, but did contain a single internal BsaI site which we eliminated with a single base silent substitution (Fig 1) 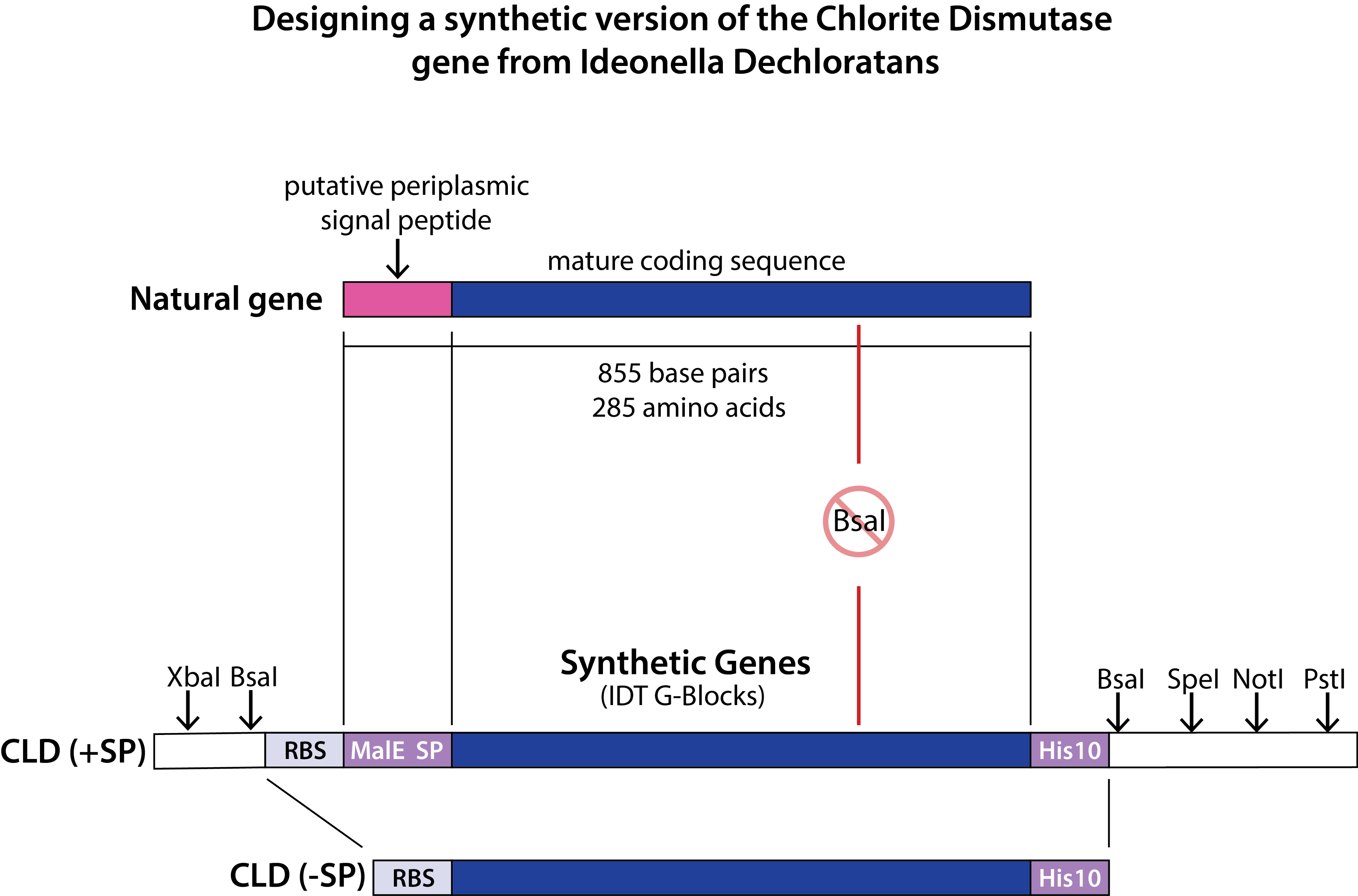 Figure 1.
Shown is a schematic, of the natural chlorite (Cld) dismutase coding sequence from I. Dechloratans as originally characterized by Thorell et al. and the G-Block designs for Cld with (+SP) and without (-SP) the periplasmic localization signal peptide. In Cld(+SP) the signal peptide from the E. coli MalE gene replaces the the putative signal peptide of the natural gene. Both G-Blocks duplicate the RBS driving the Tinsel cassette of PCB-38-441 (Fig_) up to BsaI site. Both coding sequences have been appended with a stretch of 10 histidine residues at their C-terminus for Nickel column purification of each enzyme. The single BsaI site contained in the natural gene was eliminated by a silent mutation (see Fig.2). The Restriction sites flanking the Bsa I sites were included to create Parts according to BBa std 10. 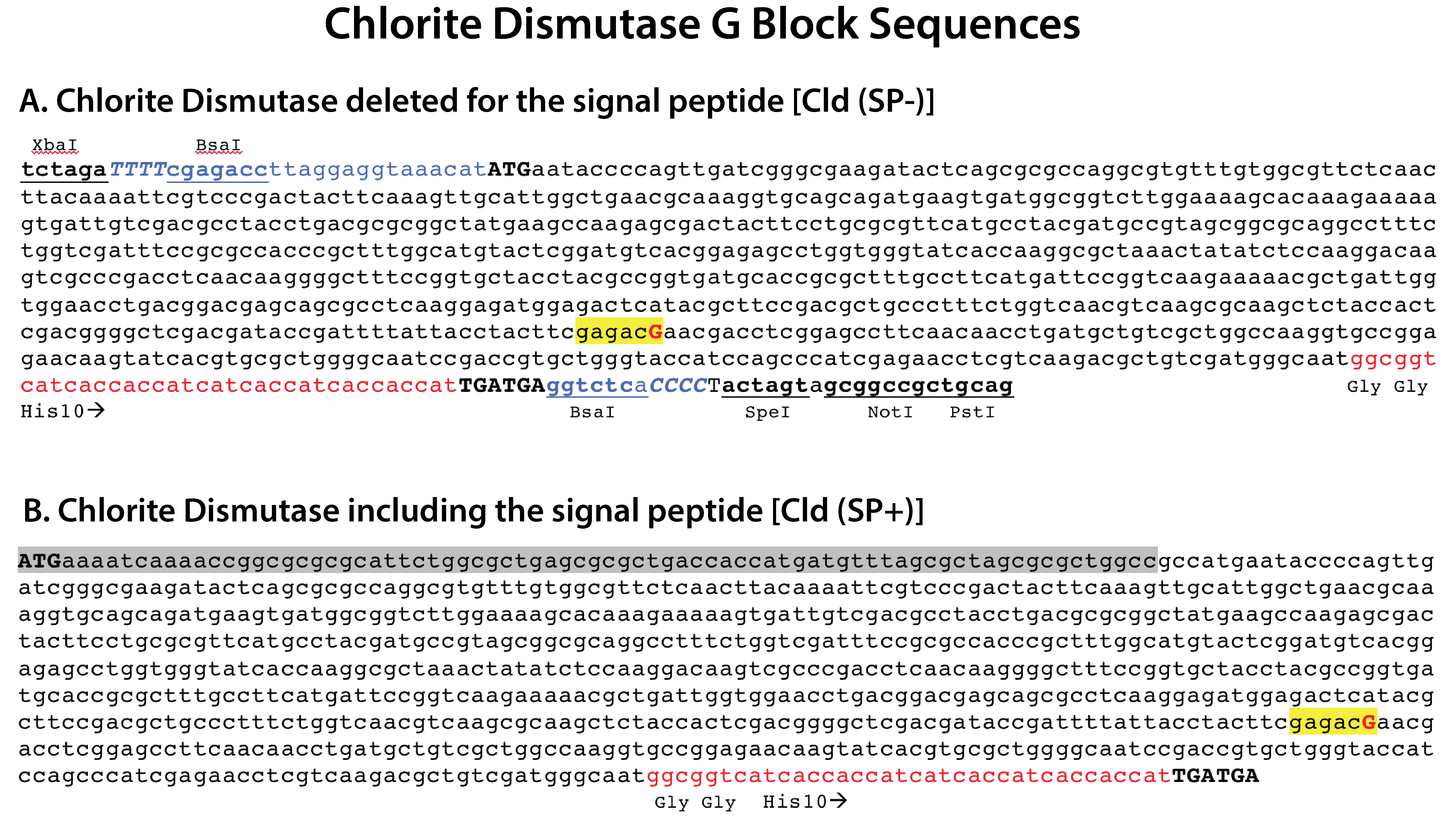 Figure 2.
Shown are the engineered G-Block sequences for (CldSP-) and Cld (Sp+). Sequence highlighted in blue indicates regions that are shared between the host plasmid backbone, PBP-38-441 (Fig.1). The BsaI cut sites are shown in upper case. Cld coding sequences are shown in black with their corresponding starts and stops in upper case. The mutated internal BsaI site scar is highlighted in yellow. Red G shows a substitution at the position of a Thr codon that does not change the peptide sequence. The MalE signal sequence of Cld(SP+) is highlighted in gray.