Background information: What is the influence of Alzheimer's disease?

Alzheimer itself won’t threaten life. However, reported life span of patients varies from 2 years to more than 10 years. There are roughly three stages with different characteristics we can tell from patients (alz.org):

Differences caused primary by the progression of Alzheimer, that is, as long as we can prevent patients into late stage, related life-threatening problems may occur much less as expected.

The situations are not optimistic, medical conditions are having problems both on diagnoses and treatment (can only be effective in delaying disease course). Since most old people cannot accept the idea of getting CSF (cerebrospinal fluid) through one’s spine — not to mention the sequel on the patient’s life, CSF is no longer used anymore. Cerebral CT and more precise Magnetic Resonance Image (MRI) are presently used to detect the extent of atrophy in hippocampus. Below are something we learned from the interview:

At present times, it’s difficult for doctors to do diagnoses on (potential) patients. This inspired us to explore new ways of diagnoses, which lead to our initial project, Device 1.0 (Fig. 1). 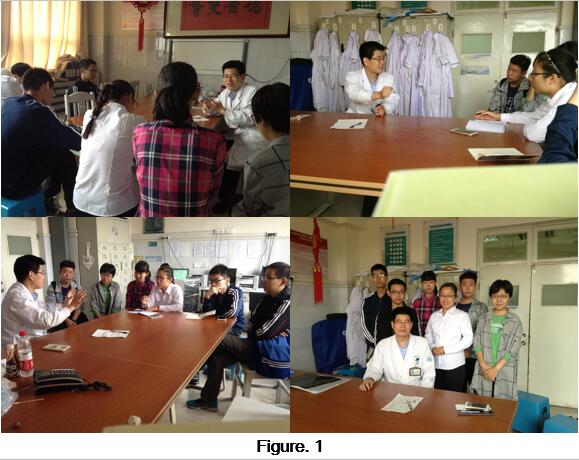 Project evaluation based on interview

Based on our interviews, we found that the cost of the device in our design is more price advantage in terms of disease detection. The main method they used currently is MRI detection, which cost 900RMB (app. 138USD). Puncture detection, though only cost around 200RMB (app. 31USD), due to the huge pain caused by it, rarely people can accept this method psychologically. Nearly 25% percent were determined from answering simple questions, an inaccurate way with high misdiagnosis rate, our new diagnosis method is less painful, easier to be accessed (final prospected equipment can be used at home), and low cost- current cost of our detection n lab is around 82 RMB (app. 13USD) (Table. 1). Results showed here again confirmed our assumption, which is we need an accurate, low cost and easy accessible new diagnosis method. 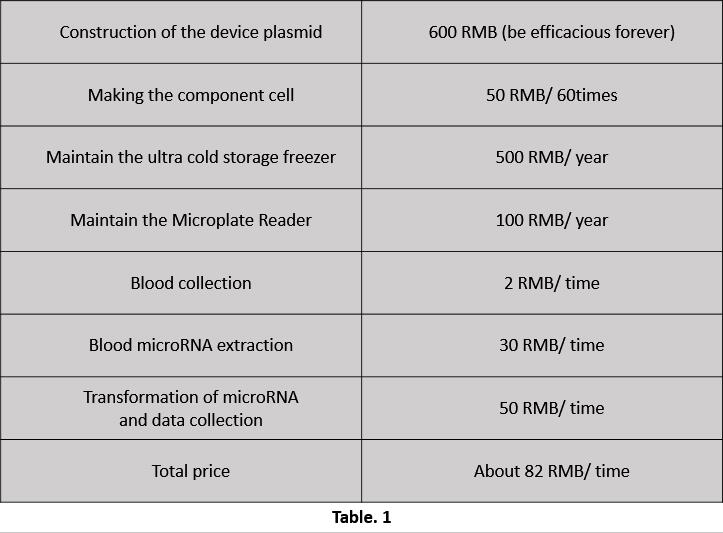 We set up an iGEM club at Jinan Foreign Language School because we hope our passion for Synthetic Biology could be passed on, and iGEM team of our school could continue to participate the competition in the next season. At the beginning of this semester, we gave a presentation to the fresh students about Synthetic Biology and iGEM. After the public presentation, it’s the take in fresh hour. Four posters were all brought to school for display. Among 120 fresh students, we had over a quarter, 32 students interested in Synthetic Biology projects, and willing to participate in the next season of iGEM! It’s not only the feeling of support from peers with same interests, but also the process of making those who has no idea about what Synthetic Biology is get to know and interested in it (Fig. 2)! 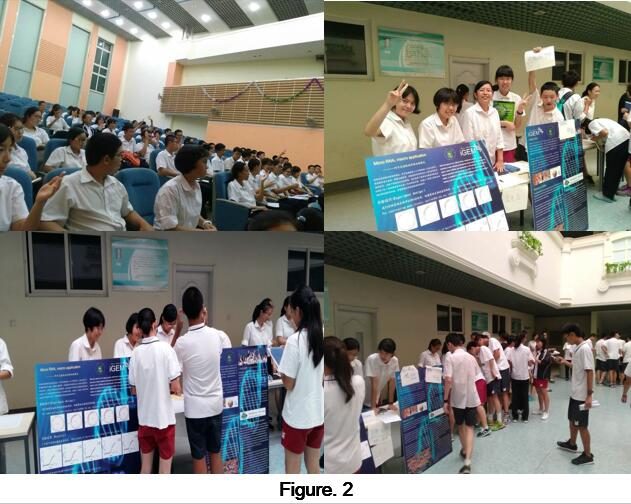 This is the first time for our team JNFLS_China to participate iGEM competition this year. As a new team, it is necessary and indispensable for us to communicate and collaborate with other teams. Here we will introduce our cooperation project and we appreciate all the teams and people that ever helped us. click to collaboration