Our project covers the most eminent issue of 21th century: the plastic. Look around you. From your water bottle to your pen, everything is made of plastic. However plastic has already became a crucial element that consist our society. There is no going back; all we can do is to reduce the usage of plastic and degrade plastics that are already present in our society eco-friendly. So then, where specifically are the plastics being used?

Plastic is an essential component of numerous consumer products, but this doesn’t mean that every plastic is same. In 1988, the Society of the Plastics Industry (SPI) established a classification system which is nowadays used by manufacturers to follow a coding system and place a number, or SPI code, on each plastic product, usually molded into the bottom.

According to “Modern Plastics, January, 1992”, about 48.5% of SPI plastics are those of code I, II, and IV: polyethylene. And Koreasonyeodul attempts to decompose that plastic of highest percentage. 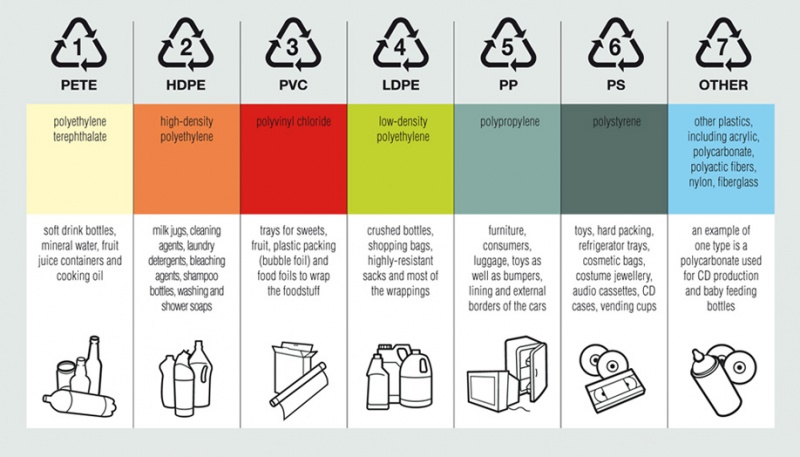 Severity of the Issue

Currently, Americans discard about 33.6 million tons of plastic each year, but only 6.5% of it is recycled and 7.7 % is combusted in waste-to-energy facilities, which create electricity or heat from garbage. Then what happens to the rest of it? The rest ends up in landfills where it may take up to 1,000 years to decompose, and potentially leak pollutants into the soil and water. Then why is only small amount of plastics being recycled? It could be because we are lazy but for more scientific reason, it’s because there are various types of plastic with different chemical compositions, and recycled plastics can be contaminated by the mixing of types. Plastic wasted is also contaminated by materials such as paper and ink. Separating plastics from non-plastics in the recycling process, and different types of plastic from each other is labor-intensive. The Marine Conservancy has published that the estimated decomposition rates of most plastic debris found on coasts are:


Durable and slow to degrade, plastic materials that are used in the production of so many products, from containers for beverage bottles, packing straps and tarps, and synthetic nylon materials used in fishing line, all become debris with staying power. Plastics debris accumulates because it does not biodegrade as many other substances do; although it will photo degrade on exposure to sunlight and does decompose, more rapidly than previously thought. (We will explain these processes as we study the nature and properties of plastic itself infra.).

In addition, most of these plastic waste items are highly buoyant, allowing them to travel in currents for thousands of miles, endangering marine ecosystems and wildlife along the way. Marine debris is a global transboundary pollution problem.

Of the 260 million tons of plastic the world produces each year, about 10 percent ends up in the Ocean, according to a Greenpeace report (Plastic Debris in the World’s Oceans, 2006). Seventy percent of the mass eventually sinks, damaging life on the seabed. The rest floats in open seas, often ending up in gyres, circular motion of currents, forming conglomerations of swirling plastic trash called garbage patches, or ultimately ending up washed ashore on someone’s beach.

The followings are 22 surprising facts we found on “Ecowatch". These facts all show that eco-friendly plastic degradation is in need.

● Over the last ten years we have produced more plastic than during the whole of the last century.

● 50 percent of the plastic we use, we use just once and throw away.

● Enough plastic is thrown away each year to circle the earth four times.

● We currently recover only five percent of the plastics we produce.

● The average American throws away approximately 185 pounds of plastic per year.

● Plastic accounts for around 10 percent of the total waste we generate.

● The production of plastic uses around eight percent of the world’s oil production (bioplasticsare not a good solution as they require food source crops).

● Plastic in the ocean breaks down into such small segments that pieces of plastic from a one liter bottle could end up on every mile of beach throughout the world.

● 46 percent of plastics float (EPA 2006) and it can drift for years before eventually concentrating in the ocean gyres.

● Billions of pounds of plastic can be found in swirling convergences in the oceans making up about 40 percent of the world’s ocean surfaces. 80 percent of pollution enters the ocean from the land.

● The Great Pacific Garbage Patch is located in the North Pacific Gyre off the coast of California and is the largest ocean garbage site in the world. This floating mass of plastic is twice the size of

Texas, with plastic pieces outnumbering sea life six to one.

● Plastic constitutes approximately 90 percent of all trash floating on the ocean’s surface, with 46,000 pieces of plastic per square mile.

● One million sea birds and 100,000 marine mammals are killed annually from plastic in our oceans.

● 44 percent of all seabird species, 22 percent of cetaceans, all sea turtle species and a growing list of fish species have been documented with plastic in or around their bodies.

● In samples collected in Lake Erie, 85 percent of the plastic particles were smaller than two-tenths of an inch, and much of that was microscopic. Researchers found 1,500 and 1.7 million of these particles per square mile.

● Virtually every piece of plastic that was ever made still exists in some shape or form (with the exception of the small amount that has been incinerated).

● Plastic chemicals can be absorbed by the body—93 percent of Americans age six or older test positive for BPA (a plastic chemical).

A study conducted by a scientific working group at UC Santa Barbara’s National Center for Ecological Analysis and Synthesis (NCEAS), quantified the input of plastic waste from land into the ocean. The result was that every year, 8 million metric tons of plastic end up in our oceans, which is equivalent to five grocery bags filled with plastic for every foot of coastline in the world. However, what’s more shocking is that in 2025, the annual input will be doubled.

Furthermore, microscopic polyethylene in cosmetic products, toothpastes, and cleansing foams is a currently uprising plastic issue. The microscopic plastic particles in such products are too small to be filtered by normal water-cleaning facility that they directly flow into the ocean. This causes the ocean organisms such as plankton mistake plastic for they prey and ingest. This not only harms the ocean eco-system but can also affect human since humans feed on the fishes and salts that contains microscopic plastics particles. In fact, in China, there are from 550 to 681 plastic particles for 1kg of salts they produce. Europeans are ingesting about ten thousands of microscopic plastic particles every year. The particle itself can be excreted but the toxic substance from plastic can be critical to our health. This problem can be effectively solved if the particles are decomposed by the marine organisms as the plastics on ground are decomposed by mealworms. Therefore, our team would like to further our research by adding the DNA to marine animals to degrade plastic present in the ocean.