The Styczynski Group at the Georgia Institute of Technology (GaTech) is working on developing a zinc micronutrient biosensor. After collaborating with the lab at GaTech, we gained a better understanding of some of the problems that biosensor development often faced. Oftentimes, biosensors do not consistently yield accurate responses to specific signals because of severe leakiness that may exist in the system or fluctuations in the affinities of biosensing promoters used in the system. Moreover, the overexpression of one pigment (or GFP) over another can cause misreadings. Such was the case with GaTech’s zinc biosensor - the overexpression of the pigment Violacein over the other pigments caused the system to be difficult to interpret. 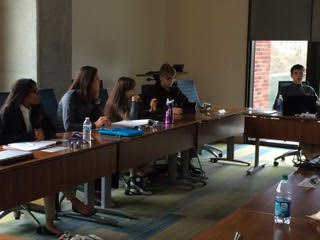 Conference at Georgia Tech with Dr. Styczynski and Monica McNerney


Consequently, we studied protein degradation and devised a “Switch” that attempts to prevent this sort of overexpression and subsequently fine tune the overall accuracy of biosensors in general. We used SsrA tagged reporters in an inducible plasmid construct to characterize the relative strength of degradation as well as learn more about the protease ClpXP. To further characterize ClpXP, we used three different strains of E. coli cells (DH10, Keio Wild ClpX Knockout, Keio Wild ClpP Knockout) from the ECSC Yale Keio registry. The Keio strains are specific E. coli strains that express distinct gene knockouts; we worked with the ClpP knockout (JWO428-1), ClpX Knockout (JWO427-1) and the Keio Wild strains. However, due to time constraints, we were only able to grow and gain results for the ClpP strain. 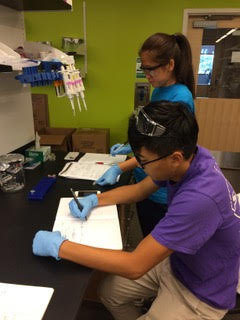 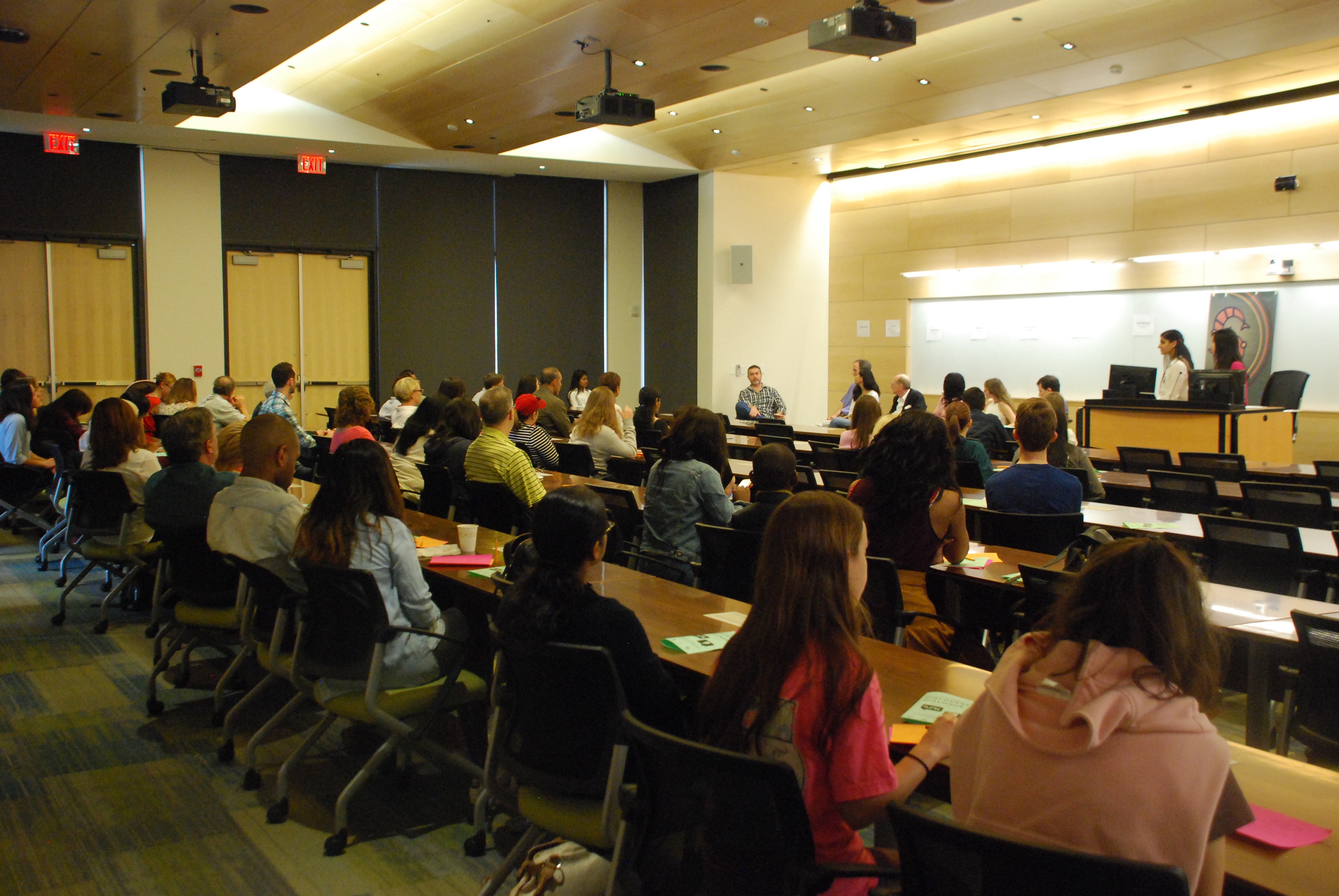 
To deliver a more immediate impact outside the lab, we collaborated with numerous institutions to increase awareness of micronutrient deficiencies and synthetic biology in general. For example, we partnered with the Atlanta Science Festival to hold a discussion about the merits of GMOs. The discussion was lead by a team of professors from the University of Georgia, Emory University, Georgia Institute of Technology, and Georgia State University. Titled “GMOs or GMnos”, the discussion was held at GaTech and received over 100 participants. Moreover, we also hosted a workshop at the Building with Biology event at the Atlanta Maker Faire. We used this event as a venue to educate the public about DNA extraction and the recently discovered CRISPR-Cas9 gene editing technology. We even collaborated with Next Generation Focus, a non-profit organization based in Forsyth County, to educate underprivileged students in Forsyth County about synthetic biology and biotechnology. 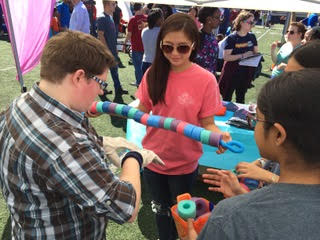 Lauren Hong educating people about CRISPR/Cas9 at the Maker Faire


All in all, from devising an inducible plasmid construct in order to fine tune existing biosensors and further characterize a known protease system to collaborating with various universities and nonprofit organizations, the 2016 Lambert iGEM Team has delivered an impact both inside and outside the scientific community.