As a proof-of-concept, our parallel constructs were made with GFP replacing TS Purple. Other goals over the summer included characterizing the constructs under IPTG induction in DH10 Beta E.coli cells, Keio Wild cells, and Keio ClpX and Keio ClpP knockout cells, using degradation tags to engineer a more precise control of induction and degradation of chromoproteins, learning how to use a plate reader at Georgia Tech, and assembling the initial parts of our constructs with TS Purple. 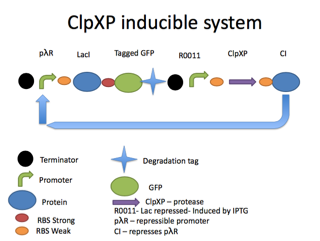 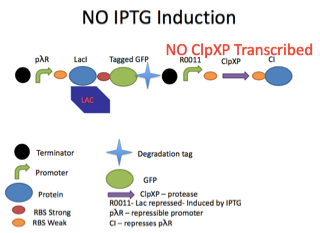 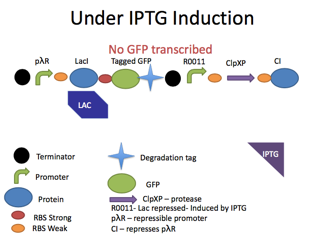 Diagram of constructs that were synthesized over the summer; also shown is the effect of the constructs when IPTG is induced or not induced.


We constructed a ClpXP inducible system: pλR LacI tagged GFP(no degradation tag/DAS/LAA) R0011 ClpXP CI; various levels of IPTG - 0µM, 10µM, 100µM, and 1mM - induced the ClpXP mechanism to degrade GFP when DAS and LAA are present. The following graphs show results of the optical densities of GFP in Keio Wild and Keio ClpP Knockout strains after analyzing plate reader data at Georgia Tech. Our transformations of the constructs were successful, as seen on the graphs with the decreasing optical densities of GFP with strong and weak degradation tags. As a result, it can be concluded that our constructs will work with TS Purple by replacing it with GFP. 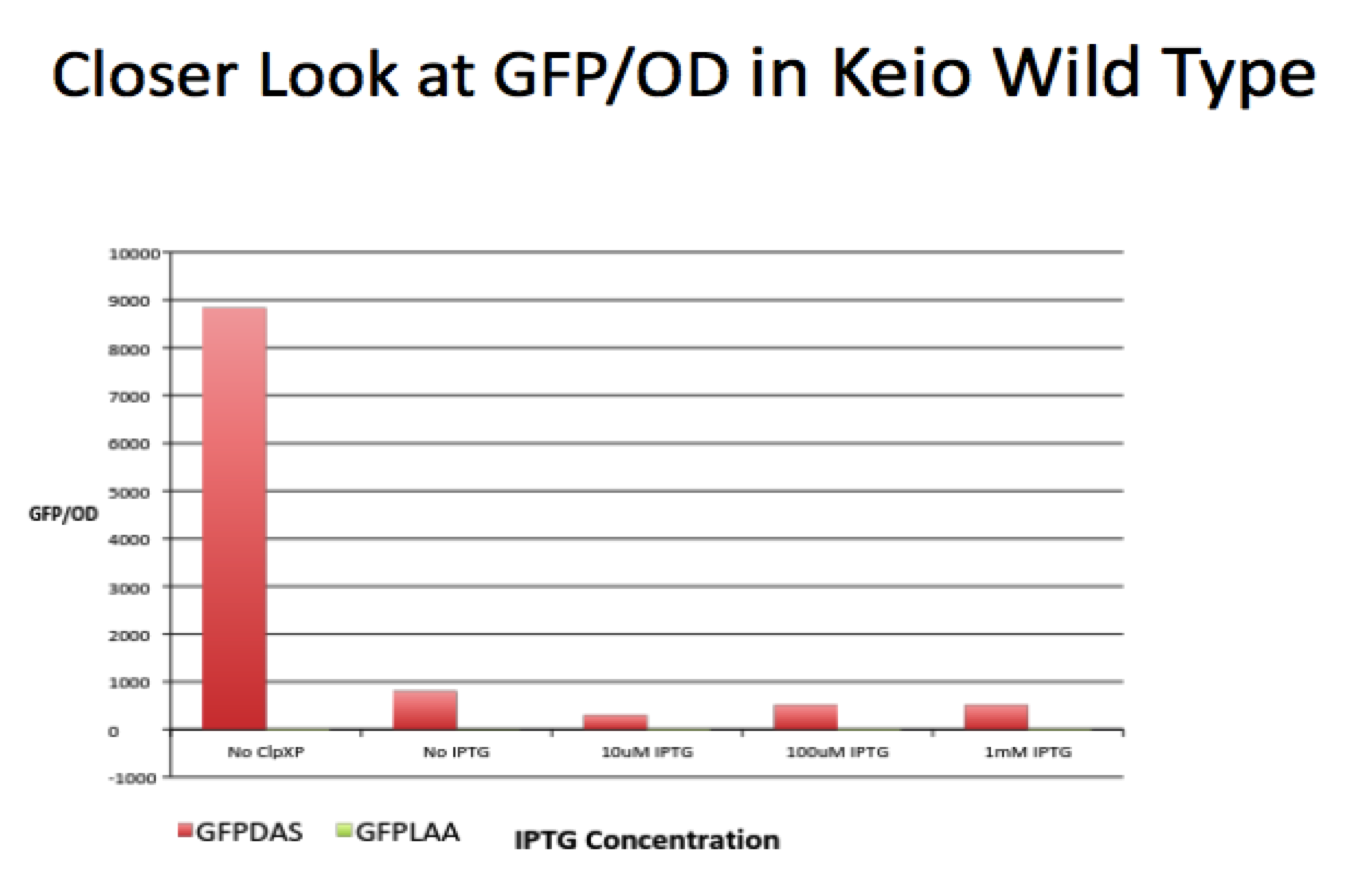 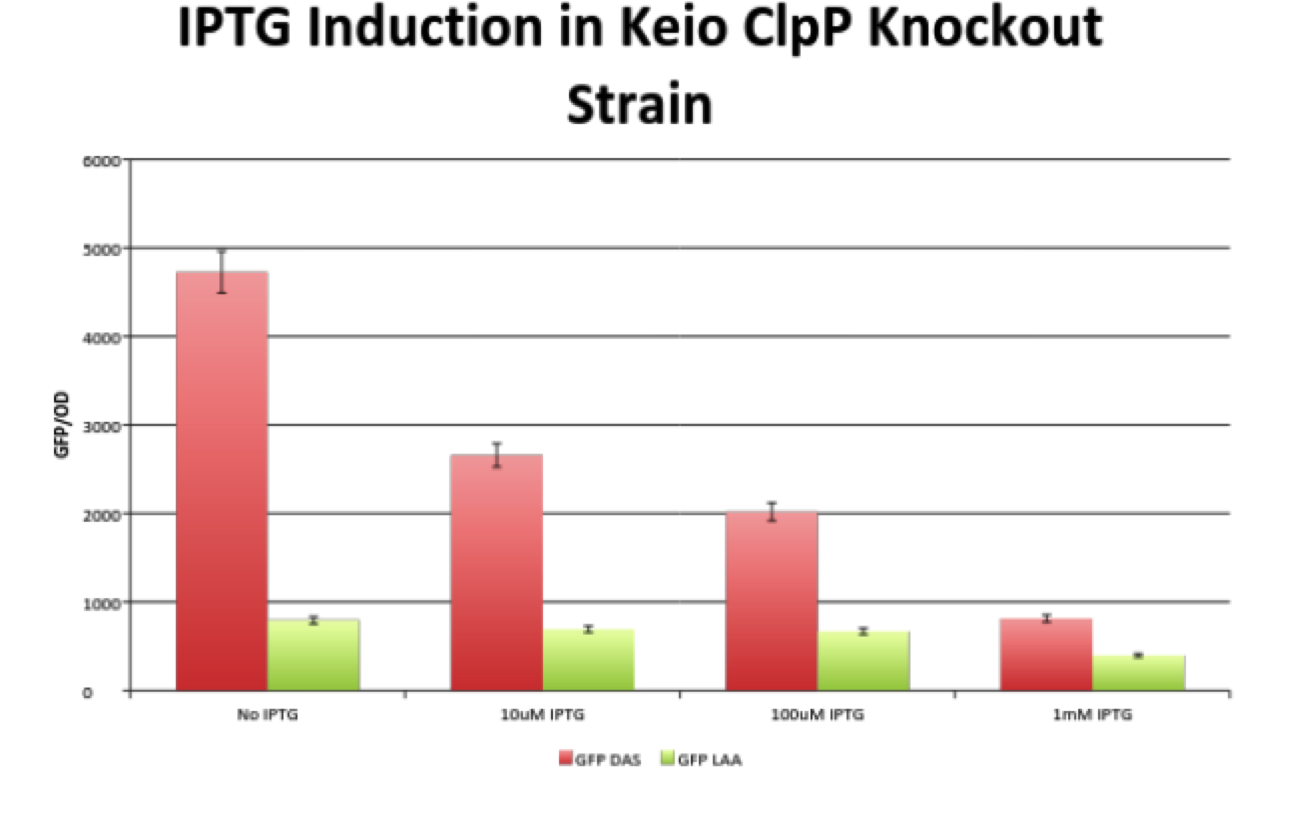 
In summary, a total of six constructs were made with different degradation tags and the presence or absence of the ClpXP system. These constructs were transformed into three types of competent cells: DH10, Keio Wild, and Keio ClpP. A plate reader was used to analyze data at Georgia Tech, and TS Purple constructs were starting to be made. In members of our iGEM team was trained in the assembly workflow to be implemented when building our constructs. 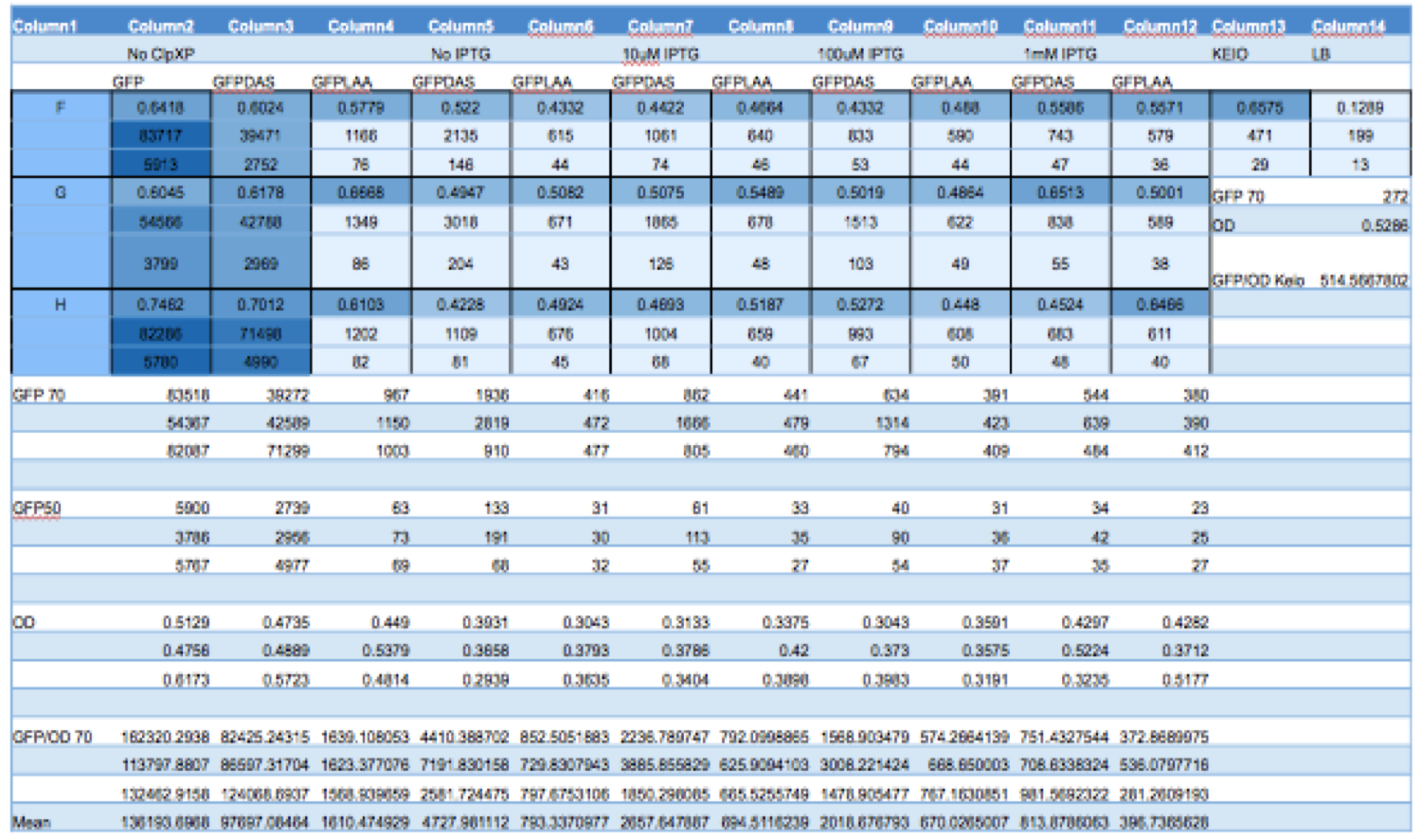 Data from the plate reader at Georgia Tech.


These results were obtained using overnight cultures grown at 37°C in a shaking incubator at 170rpm. The values were normalized using control tubes of LB and Keio ClpP cells grown under the same conditions. The strains that were grown were the full “Switch” constructs with GFP DAS and GFP LAA degradation tags. Unfortunately, the control cells of GFP without a degradation tag did not grow. The initial results seem to indicate that under induction of IPTG the level of GFP protein does indeed decrease. Further experimentation will be conducted to include a control construct without a degradation tag as well as a comparison to Keio Wild type strain.