Our work with other teams

The William & Mary team is developing a toolbox of parts that can be easily integrated into genetic circuits to tune the resulting levels of protein expression. They characterize their parts exclusively in E. coli. We tested eight of their toolbox parts in Promega's S30 Extract System for Circular DNA to compare the behavior of the parts in cells versus in vitro. The eight plasmids had different RBS strengths, which are reflected in our data shown below. Learn more about the experiments we performed and the results by reading our report. 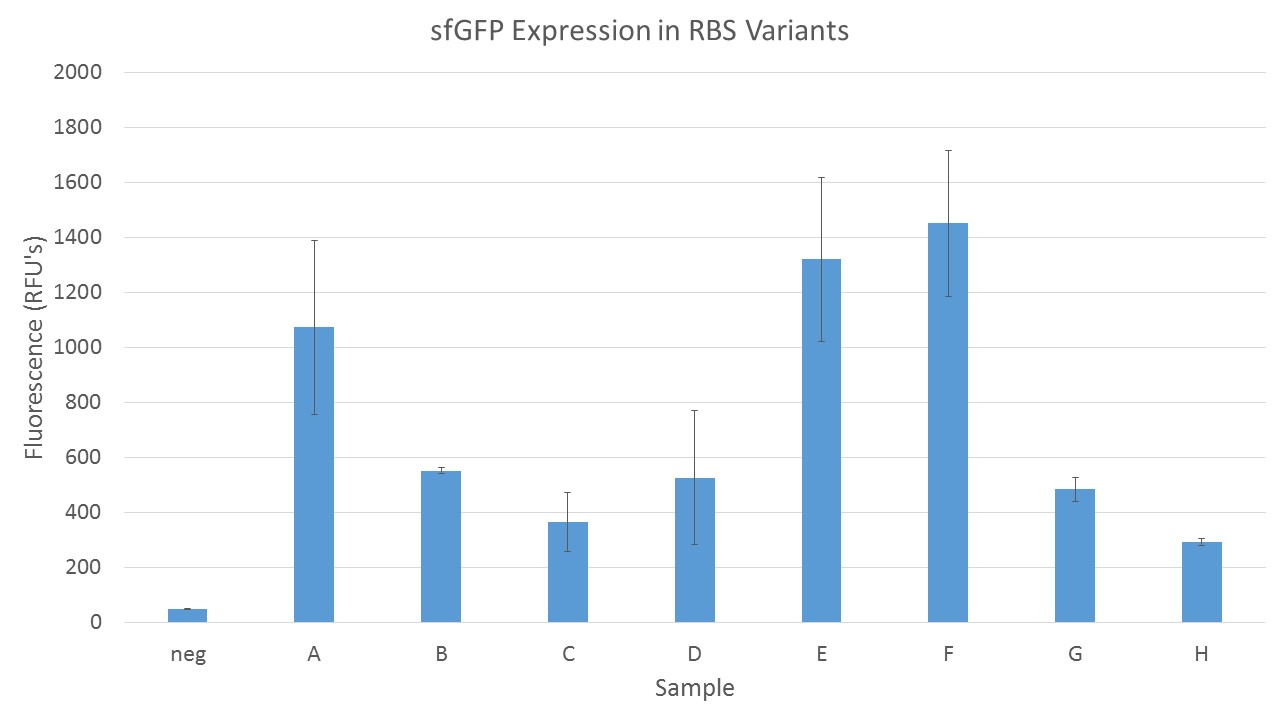 The UGA team is developing an mCherry library for Methanococcus maripaludis, an archaeal organism. Their library currently contains over 30 mutations in the RBS, which cause different levels of protein expression. We took fluorescence readings for several of these mutations as part of the "Archaeal InterLab." Like iGEM's InterLab Study, which aims to standardize fluorescence readings across all machines, the Archaeal InterLab recognizes that fluorescence lacks an absolute unit. Thus, participating teams record the relative fluorescence of the cells containing various RBS mutations for UGA.

We were given five samples: three mutants (A, B, and C), a wild type (WT), and suspension buffer (S). Each of the samples was read in triplicate. Here are our average fluorescence readings for each sample. Error bars represent standard deviation. For more detailed protocols, notes, and data, visit our Week 11 Lab Notebook. 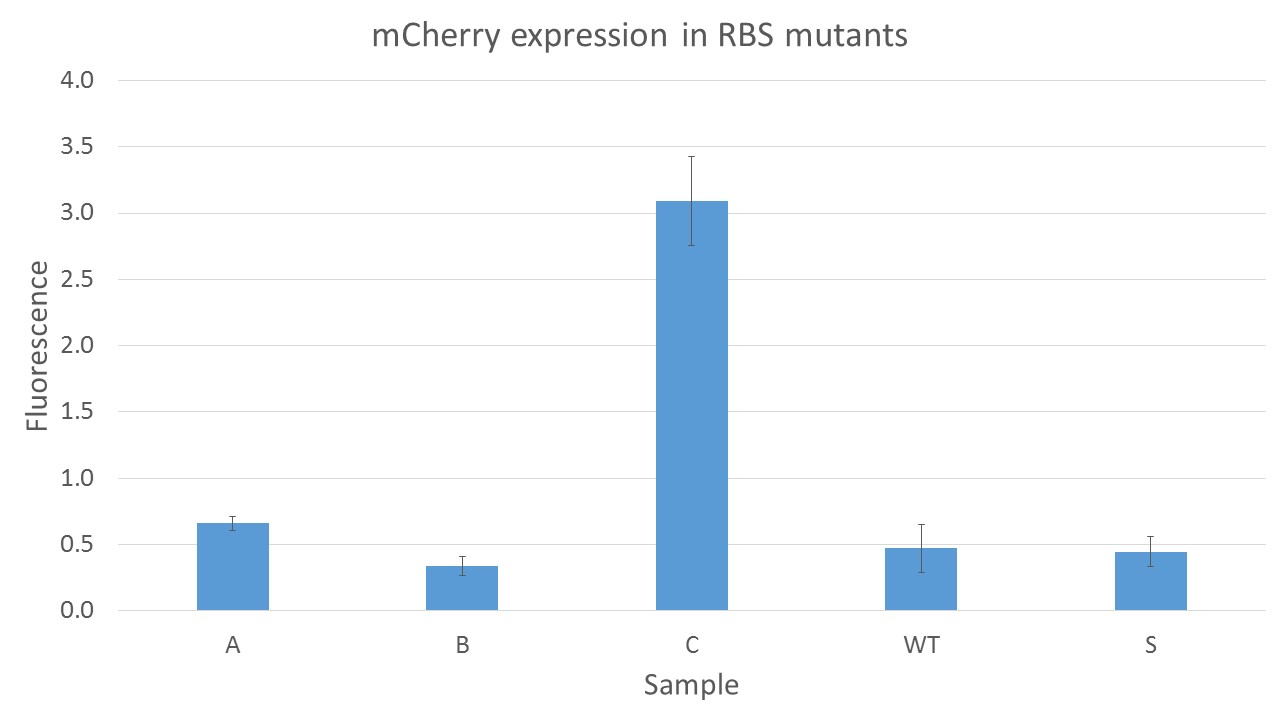 Our team worked with team Tianjin and other collaborators to create a survey about the use of synthetic biology to solve environmental problems. We also participated in surveys distributed by teams Evry and Munich. 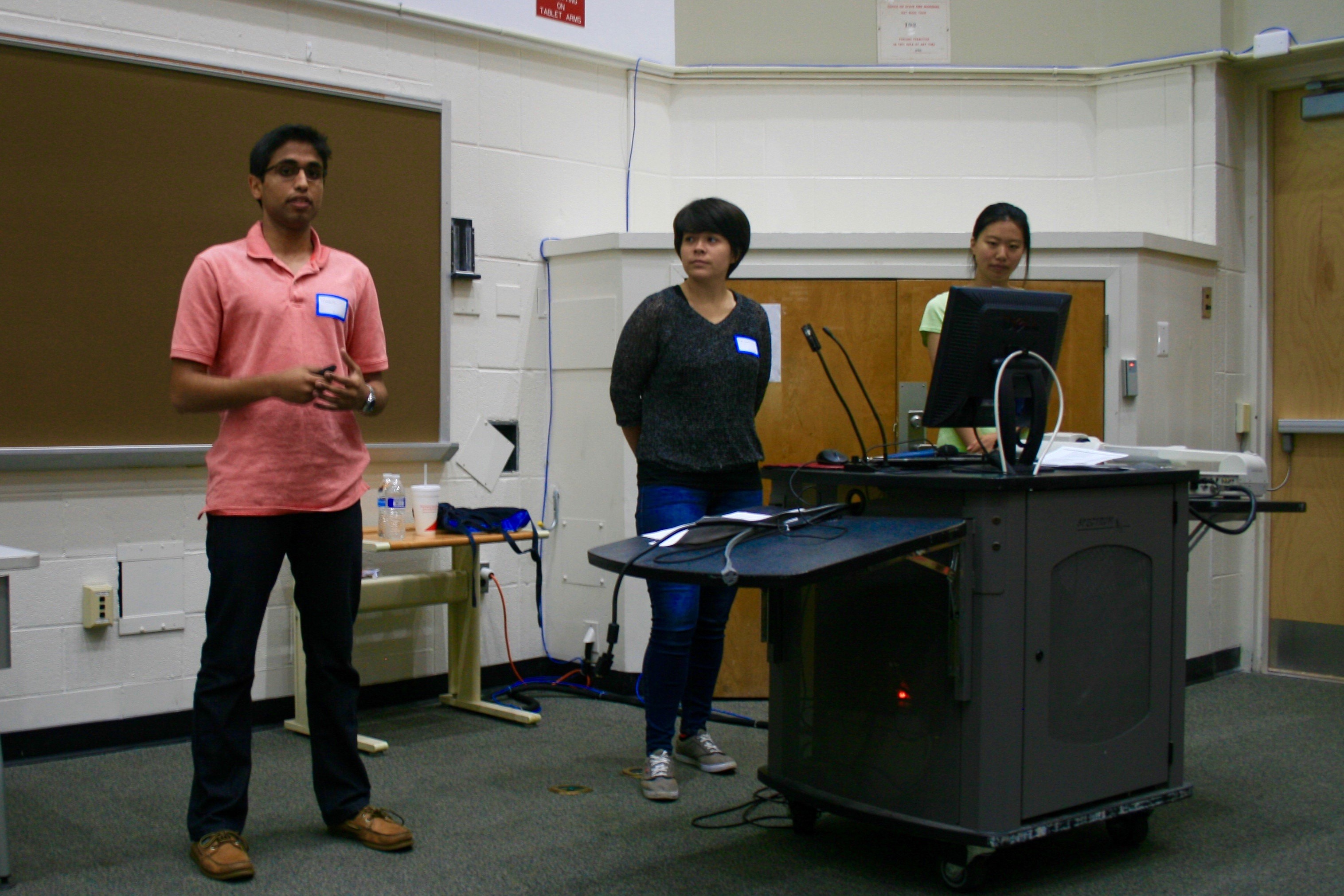 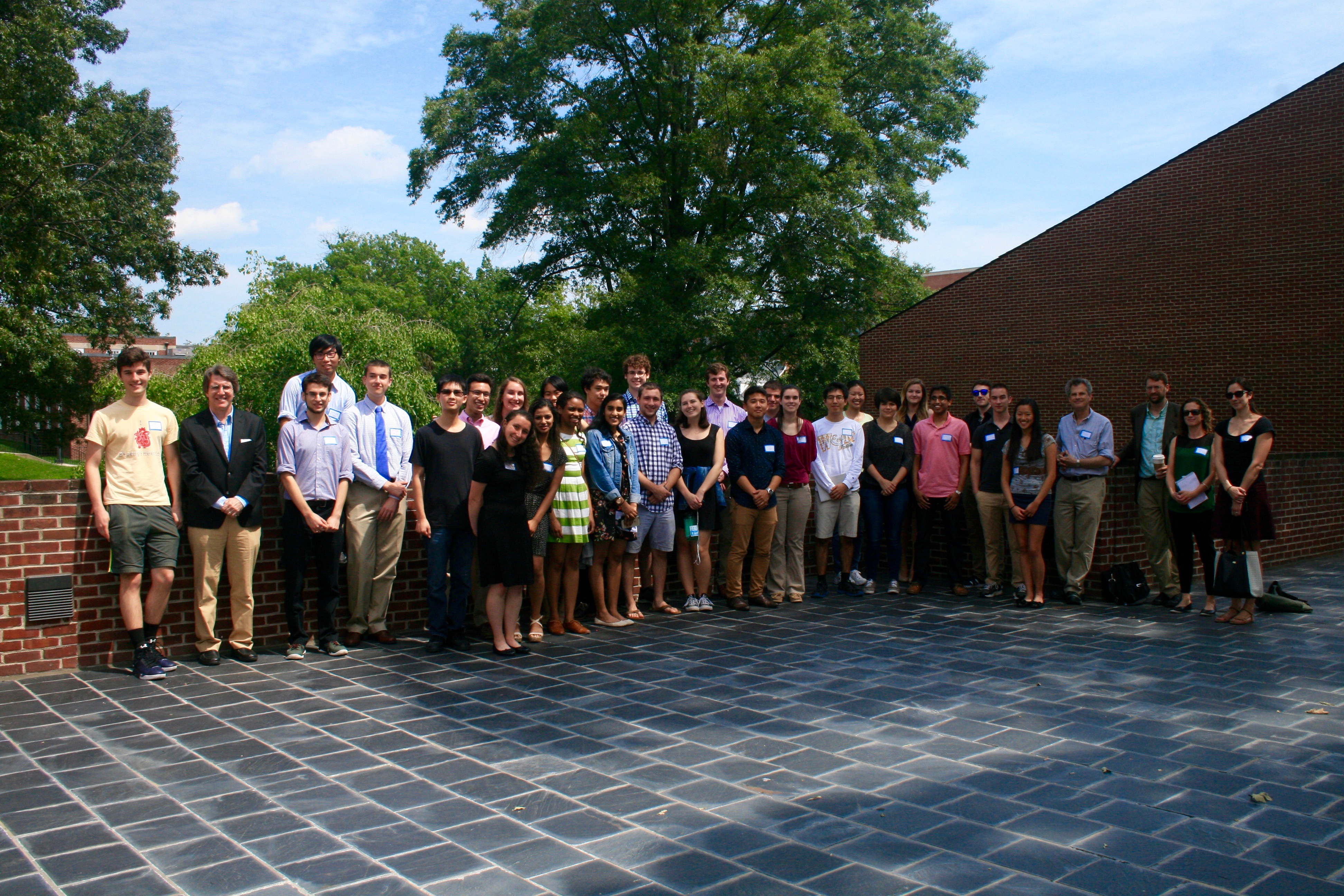 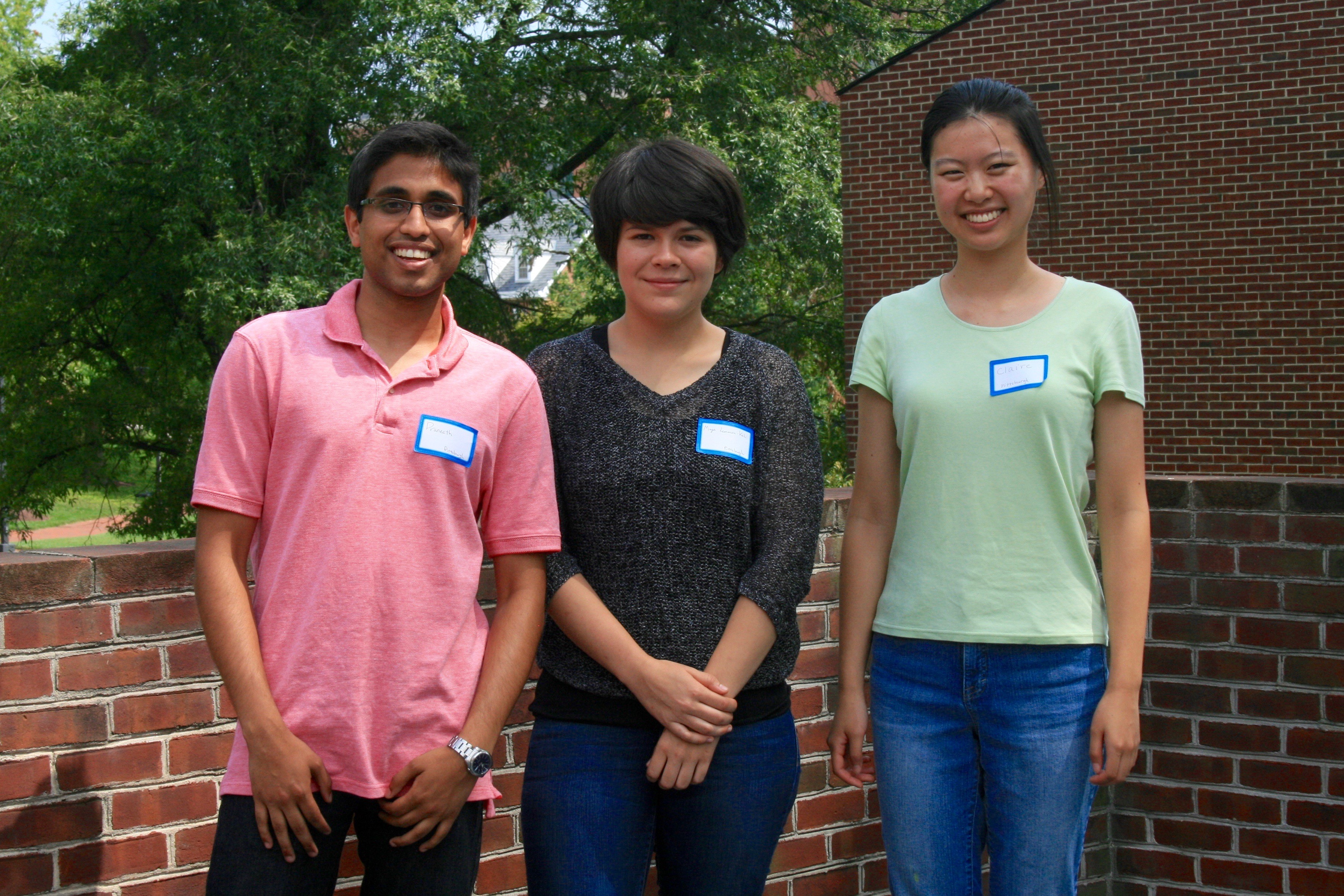 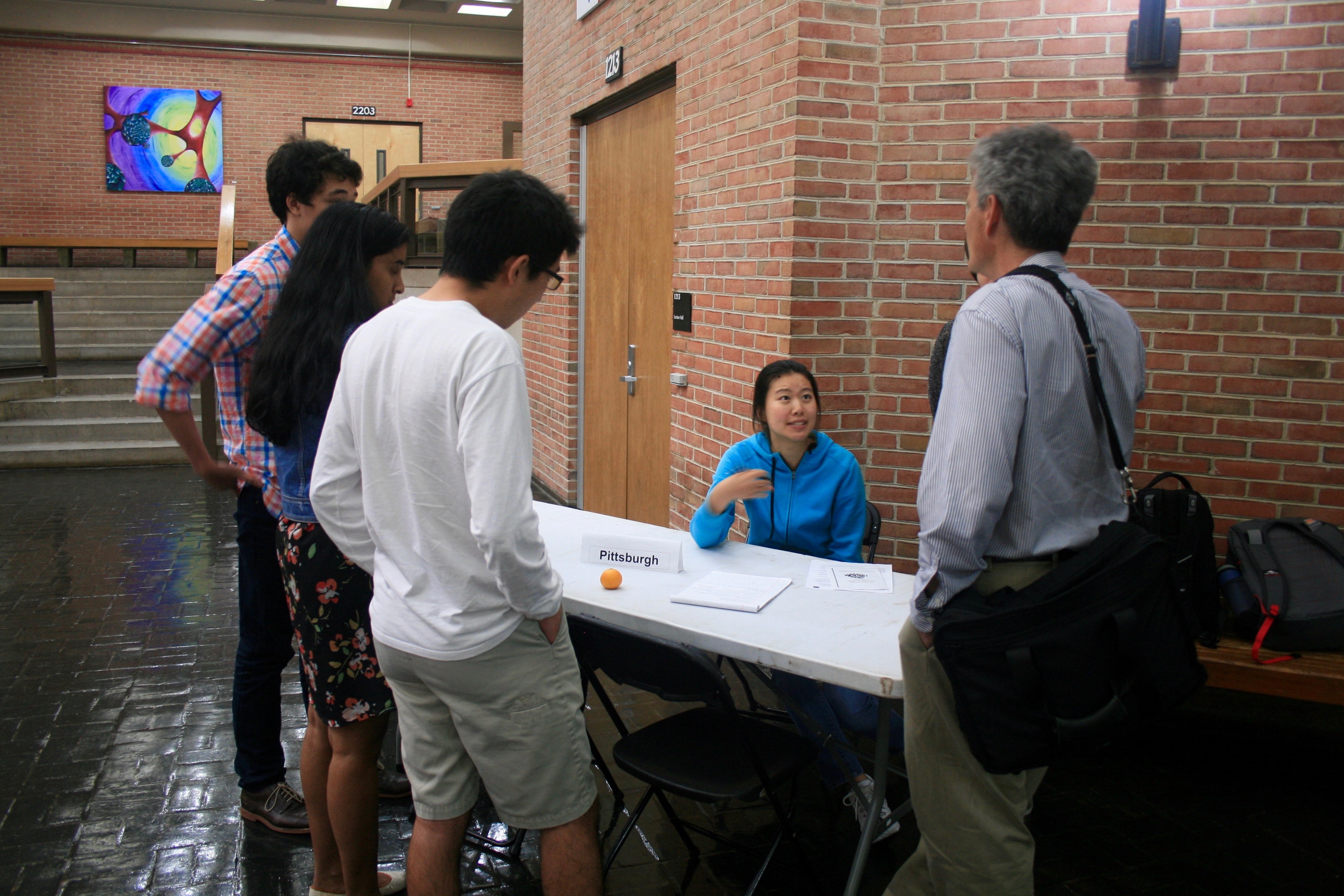 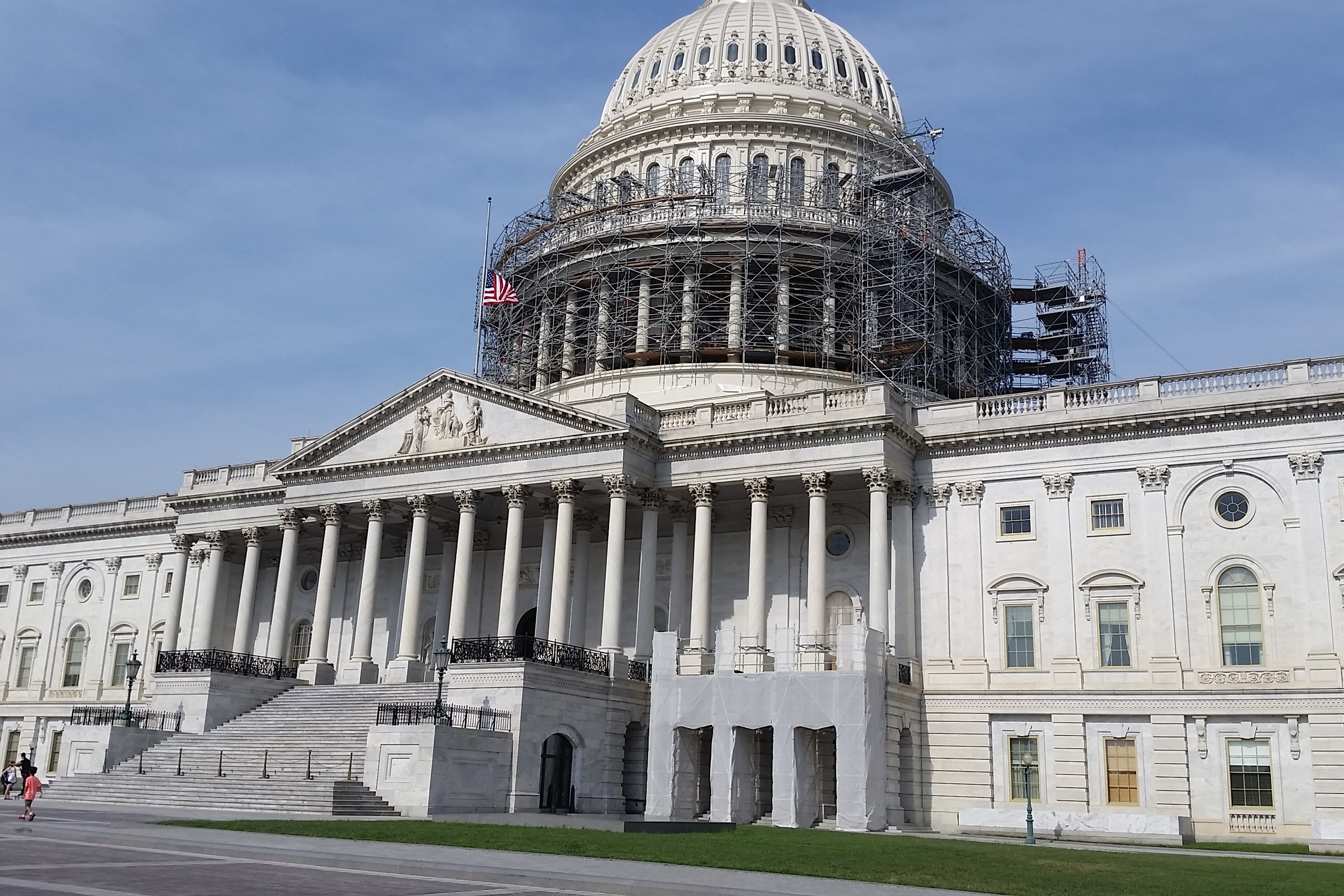 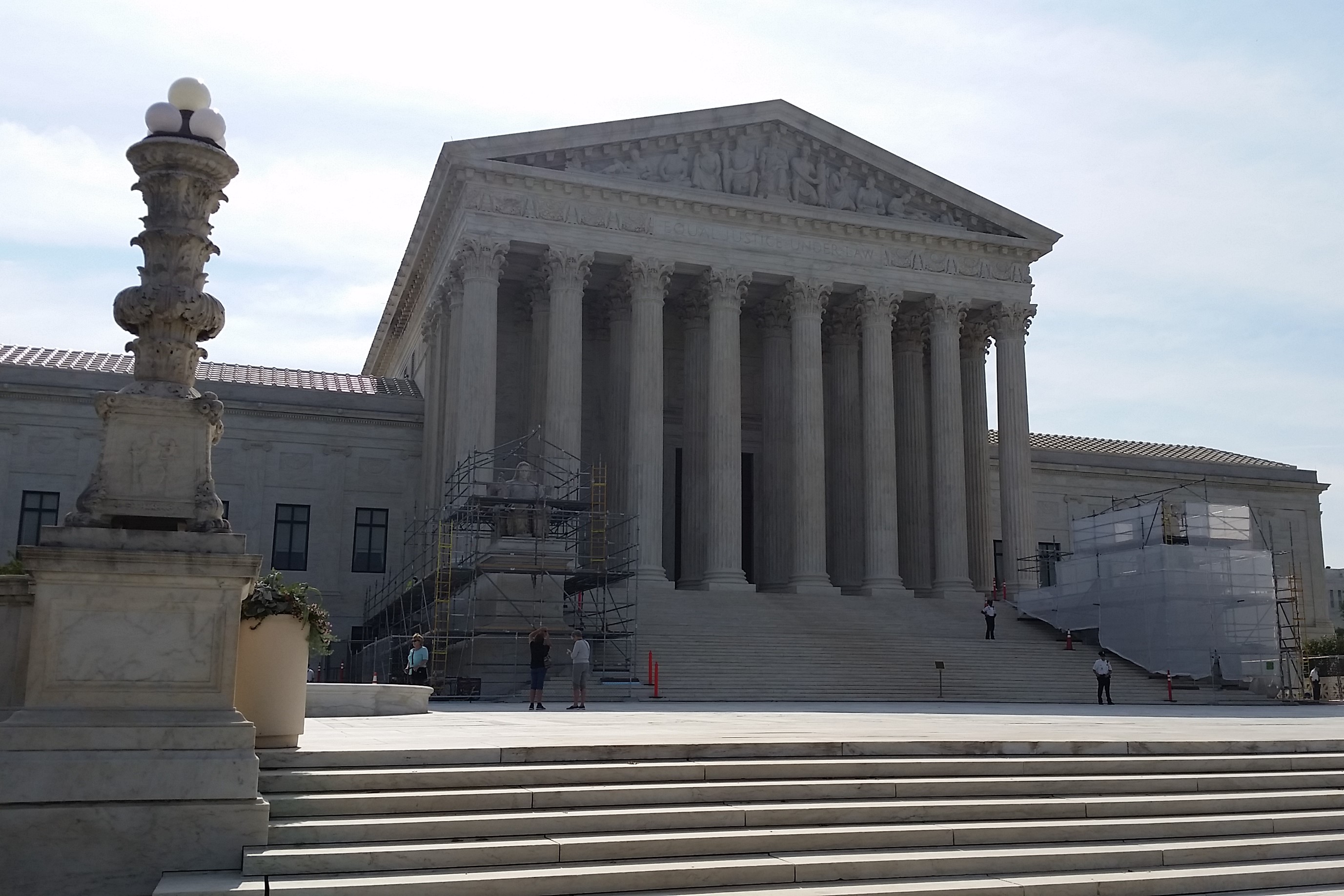 On July 22, Claire, Praneeth, and Maya visited the University of Maryland to participate in the Second Annual Mid-Atlantic iGEM Conference. They had a great time meeting fellow iGEM'ers, learning about other teams' projects, and discussing synthetic biology. They also explored College Park and the National Portrait Gallery in Washington D.C. with members of the UMaryland team. Thanks to the UMaryland team for organizing such a great event and for being awesome hosts! Take a look at our presentation slides here.