Last year, we were able to successfully begin an Archaeal Interlab study and distribute cell extracts of Methanococcus maripaludis containing mCherry mutants to 9 iGEM teams. We asked teams to record fluorescence readings of mCherry protein extracts. What we found was that the fluorescence readings were largely dependent on the type of machinery used to measure fluorescence: plate reader, confocal microscope, Bradford/ BCA and NanoDrop. We decided to make some adjustments this year and start a new project known as the “Formaldehyde Fixed Single Cell Project”.

The transformed cells were first grown to a specific absorbance, the cells were centrifuged and the cell pellets were re- suspended in a suspension buffer. The cells were then placed on a shaker overnight for oxygen exposure which allows for the activation of fluorophore and is critical for the expression of the mCherry protein. Afterwards, the cells were then distributed into aliquots and 5% formaldehyde was added to each cell sample for cell fixation. Fixing the cells allowed us to ship the cells at room temperature and made shipping to other iGEM teams go a lot smoother.

After finalizing our proposal, contacting the biosafety office, creating a data input form, and creating a universal protocol for measuring mCherry protein fluorescence using plate reader and flow cytometry, we were ready to contact an assortment of iGEM research teams across the United States gauging general interest in our collaboration study. We contacted teams with our proposal and an invitation to join our study asking teams to measure the fluorescence of our formaldehyde fixed cell samples either using flow cytometry or plate reader, which does not require anaerobic chambers or any additional experimentation. We were able to built up a network of 6 participating teams: Columbia University, Georgia State University, University of Tennessee Knoxville, University of Pittsburgh, University of Nebraska and Genspace. We greatly appreciate our participating teams for their support and efforts toward our study. 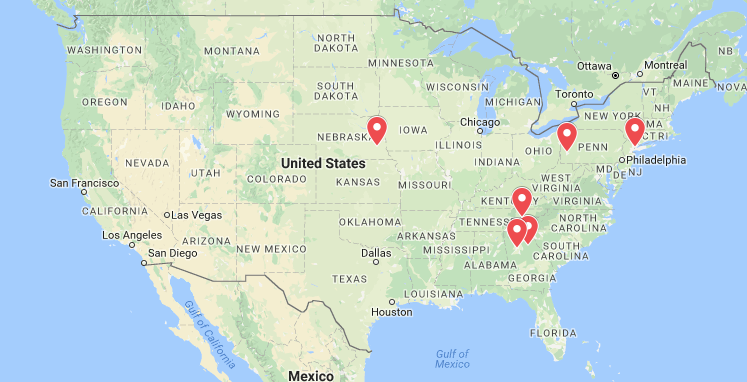 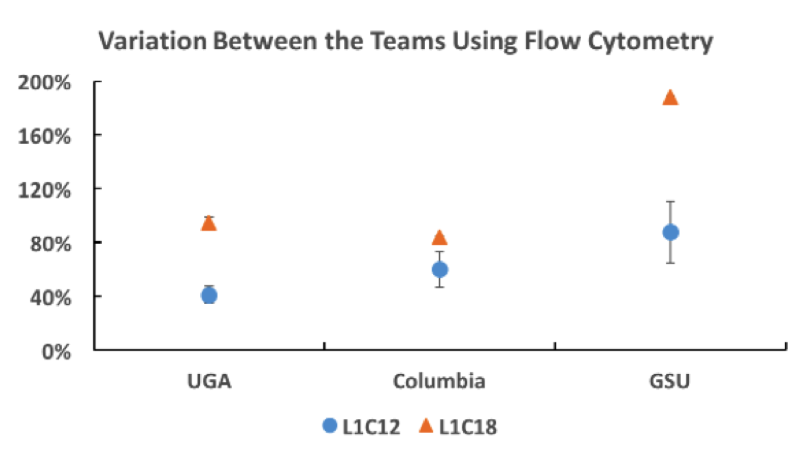 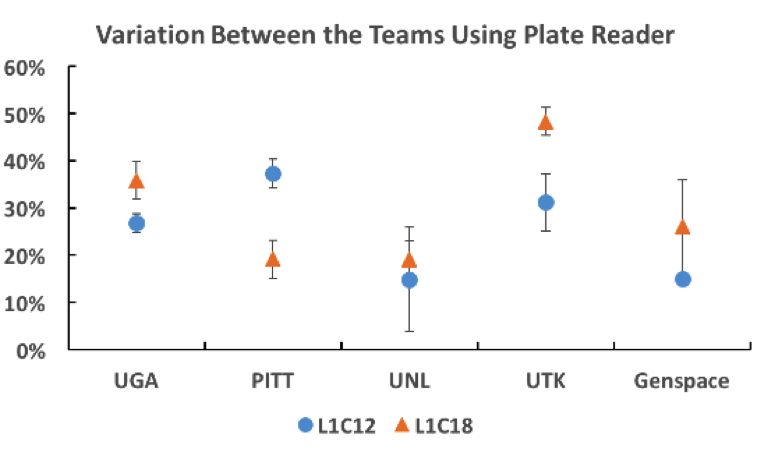 From the collaboration study, we’ve gained information about the reliability and reproducibility of our data. Our collaboration study not only validities our findings with the work we’ve done in the lab, but also gave participating teams awareness of the capabilities of Methanococcus marpaludis and knowledge of the methods of reading mCherry fluorescence. Additionally, the interaction with other teams allowed us to pass on the skills we have developed in lab and obtain feedback on our method of experiments. This season’s interlab allowed our team to implement a standardized protocol for fluorescence measurements for both flow cytometry and plate reader and to look at some of the standard deviation that it may have changed.

This year was the first time our interlab branched out to iGEM teams in China. Although, the data wasn’t sent back to us in time, it was valuable in creating a protocol for international shipping for our cell extracts. Since it was the first time we had potential teams participating from overseas, this season was a great experience in determining the protocol and process by which genetic materials could be shipped overseas with the additional requirements in customs. Next year, the team plans to extend our interlab to more teams overseas and bring in more participants in order to better measure the effect of our standardized protocol on standard deviation.