To continue upon our work from last year for the metabolic modeling of Methanococcus maripaludis, this year we explored the possibility of both formate and acetate as secondary carbon sources to carbon dioxide. Utilizing our adaptation of the M. maripaludis S2 metabolic model (iMM518) that contained exchange and formation reactions for geraniol synthetase, we also modified the lower bounds of both acetate and formate exchange as to permit uptake. We began this endeavor, because it was noted in primary literature that both formate and acetate could replace carbon dioxide as a carbon source. We changed the values for both of these and observed their effect on the productions of biomass and geraniol. 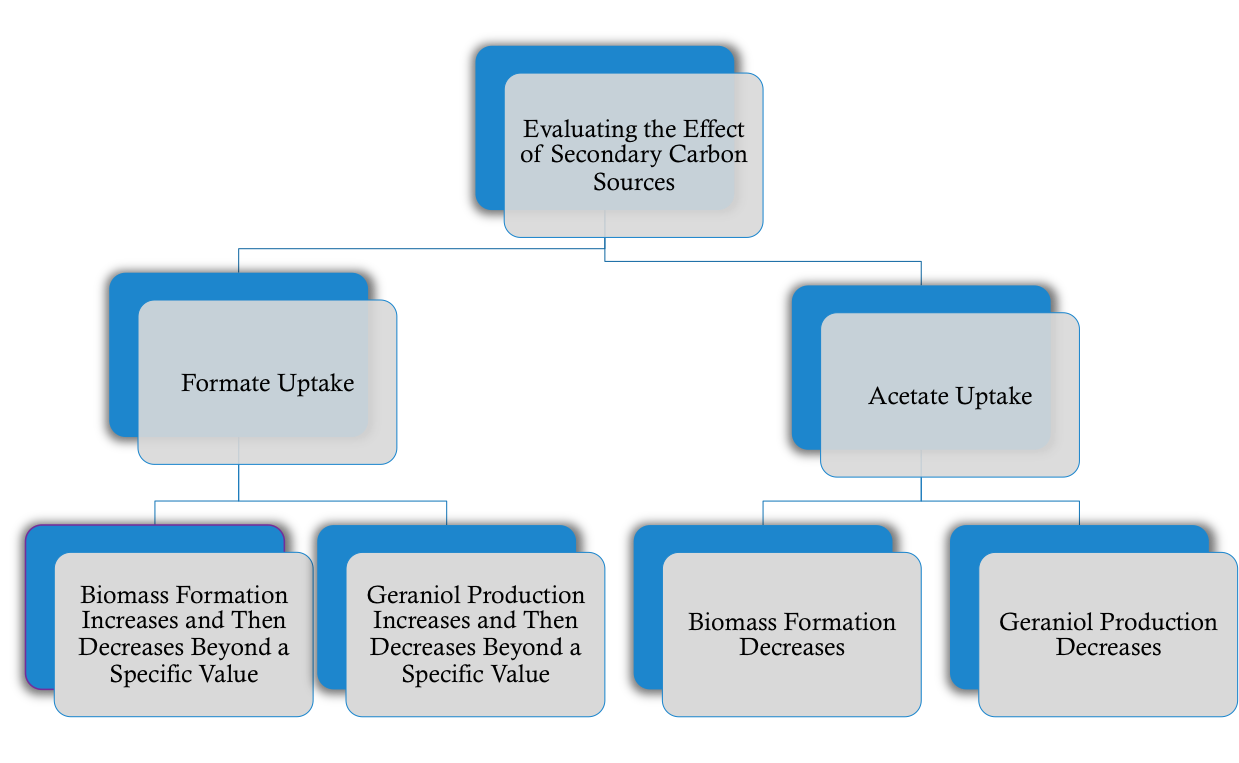 Figure 1.Flowchart of Testing and Results 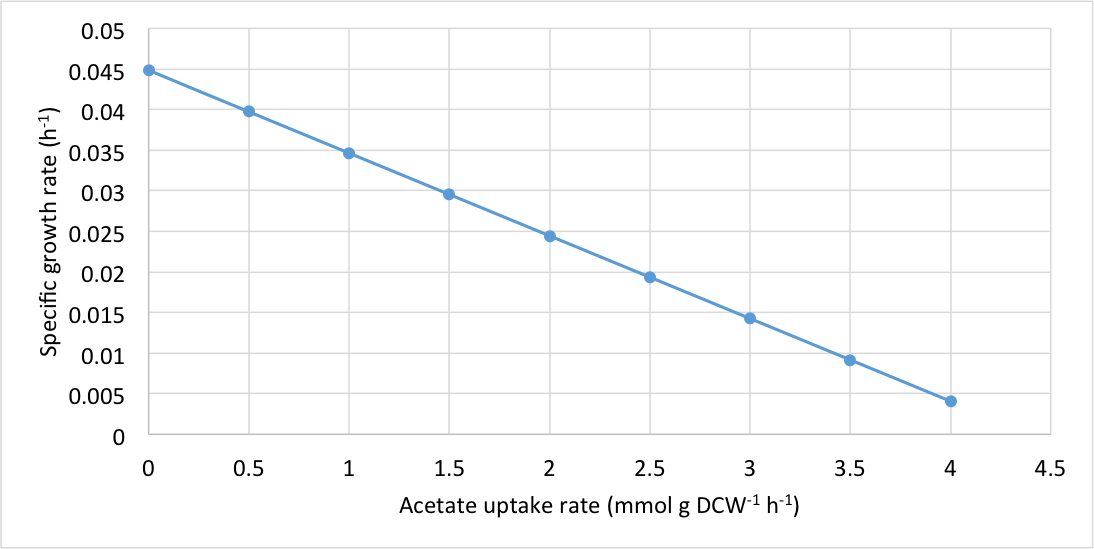 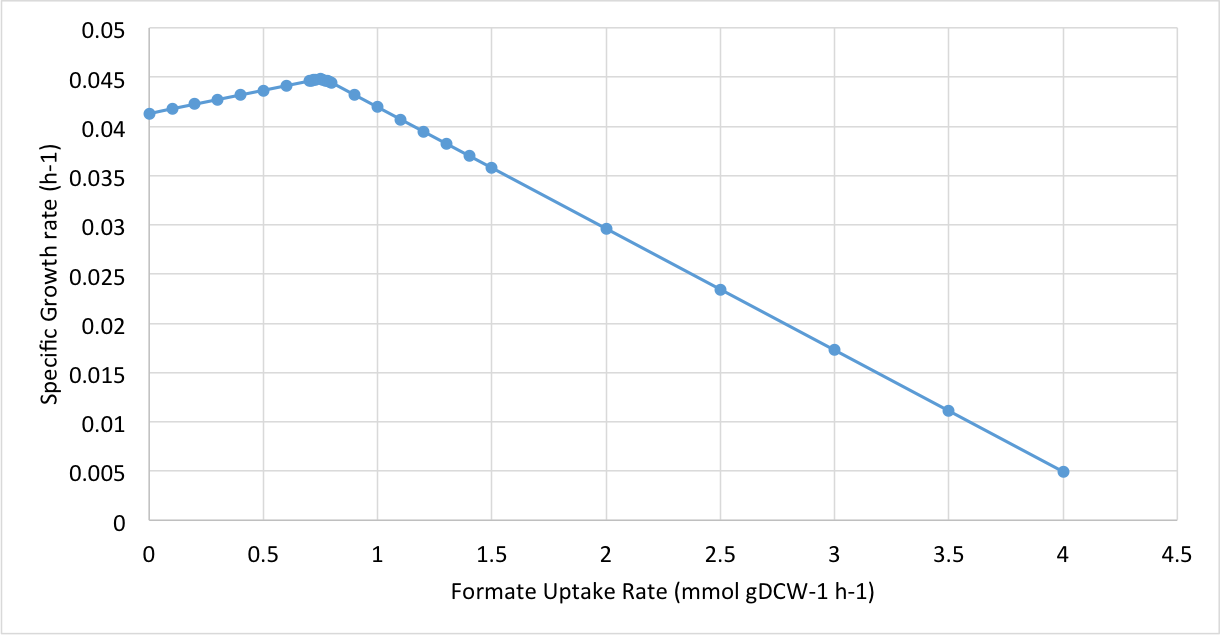 We discovered that the uptake of acetate had an inverse relationship, negatively affecting the formation of biomass. Our maximum biomass corresponded to no uptake of acetate, and as we forced the system to uptake acetate, biomass decreased.

With regards to formate, we discovered that biomass production increased until it reached a maximum value (0.748 formate uptake) and then decreased linearly. 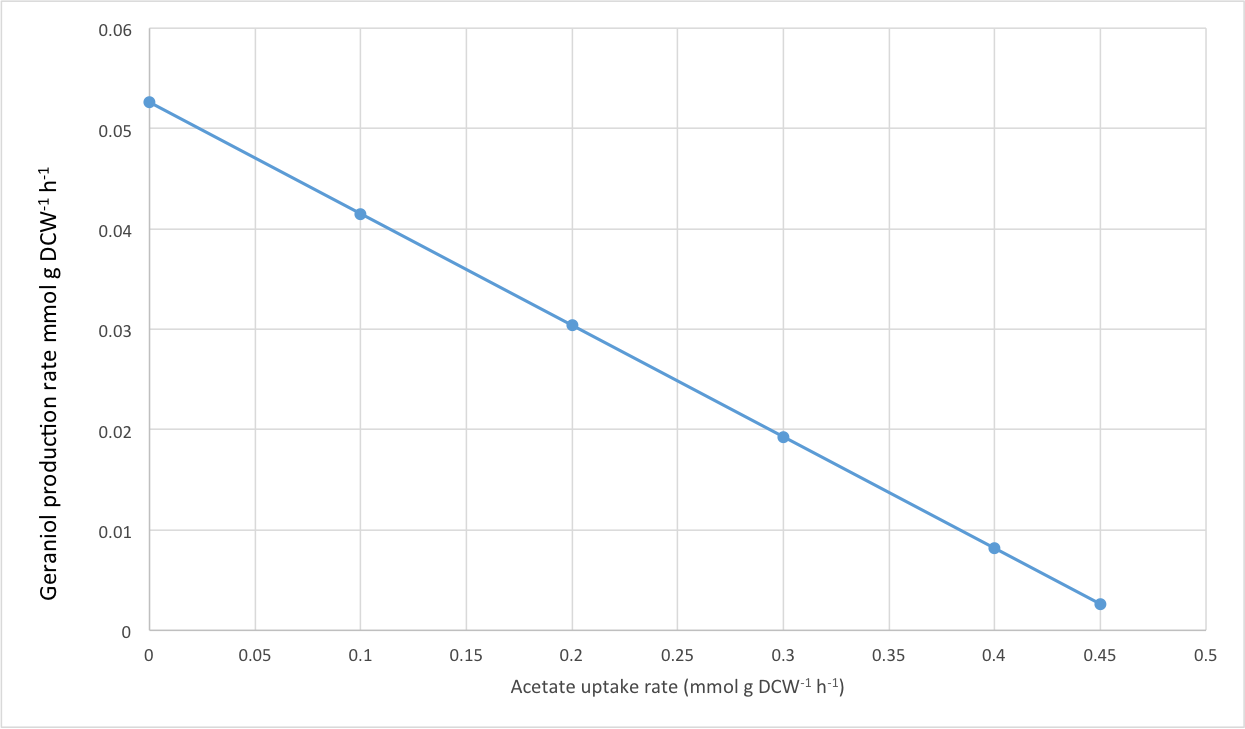 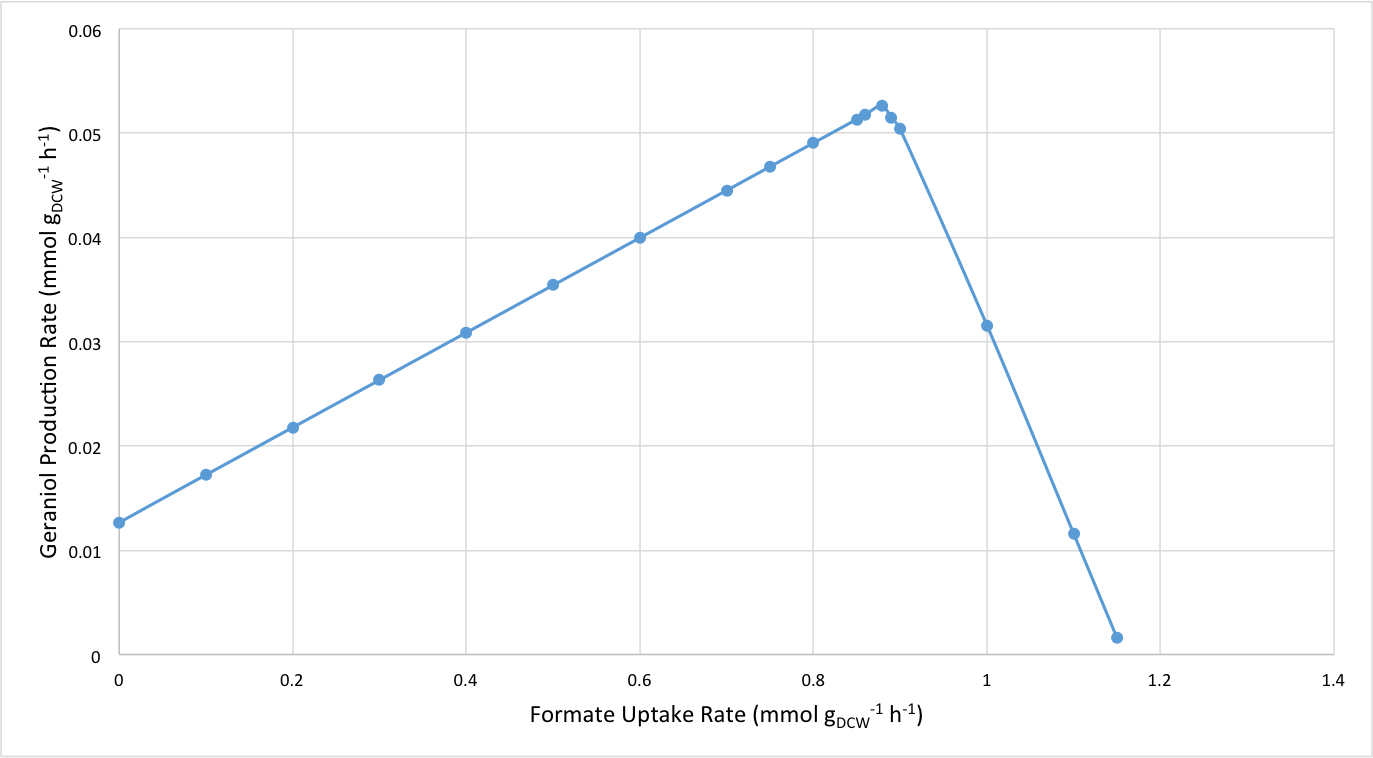 With regards to acetate, geraniol responded the same as biomass production. There was an inverse relationship, as the uptake of acetate led to the decrease of geraniol production.

Geraniol production responded similarly to Biomass production. They both increased until Geraniol reached a maximum value and then decreased in an inverse relationship.


Although possible, when the system is given the choice in optimizing both biomass and geraniol, it fluctuates the uptake of carbon dioxide and does not uptake formate or acetate. We discovered that even if we constrained the uptake rate of carbon dioxide to zero and forced the system to accept formate or acetate, we still would get no biomass and no production of geraniol. If biologically relevant, this could signify that carbon dioxide is a necessary carbon source. Nevertheless, the model was developed in such a way that carbon dioxide is the only carbon source that can be utilized. However, we then discovered that if we set carbon dioxide to a constant amount, we could then manipulate the amounts of formate and acetate and examine the effect they would have on our target products.

In manipulating the amount of acetate, we found that both biomass formation and geraniol production decreased. As mentioned, it makes sense that geraniol and biomass would be affected in the same way since geraniol production is always proportional to the biomass formation. Acetate's effect seems to have this negative effect because of how the incorporation of acetate as a carbon source requires ATP and is an energy expensive investment for the cell.