How does endometriosis respond to hormones?

Typical, healthy cells of the endometrium will respond in a coordinated fashion to the ovarian hormones, estrogen and progesterone, in order to create the cycles of cell turnover and growth characteristic of the menstrual cycle. Endometriosis, however, is characterized by aberrant cellular responses to estrogen and progesterone that ultimately lead to the disease phenotype. 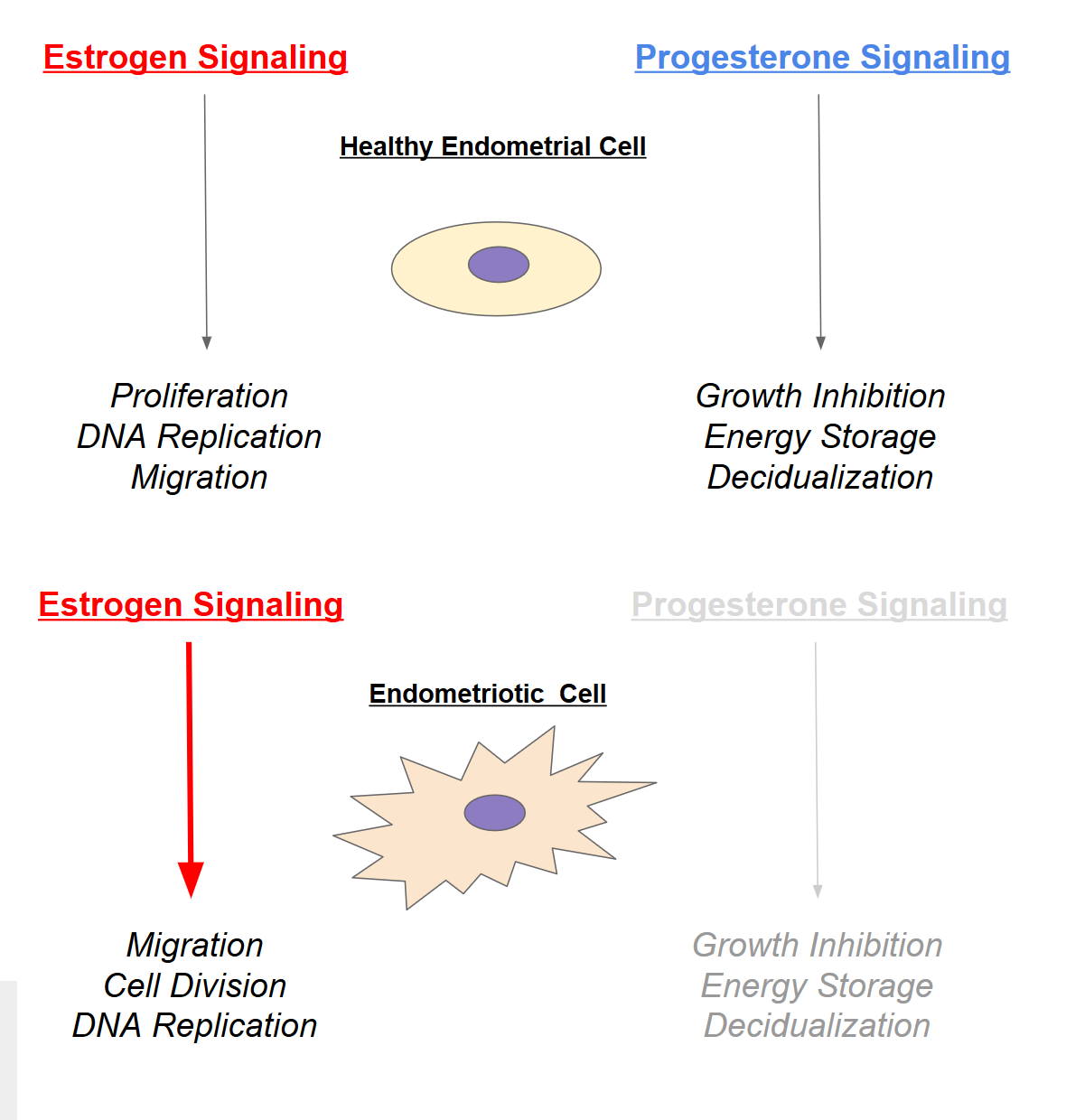 Endometrial cells express endogenous estrogen receptors in two forms: ER-alpha and ER-beta. When a healthy cell senses estrogen, these two estrogen receptors will be activated and trigger downstream responses by binding to sequences in the genome known as estrogen responsive elements (EREs). In diseased or endometriotic cells, estrogen signaling is pathologically upregulated leading to proliferation and migration of cells outside the uterus. [1]


How can our circuit detect hormones?


Do our synthetic promoters work?


We demonstrated the success of our progesterone and estrogen inducible mammalian promoters in a variety of cell lines under different conditions: 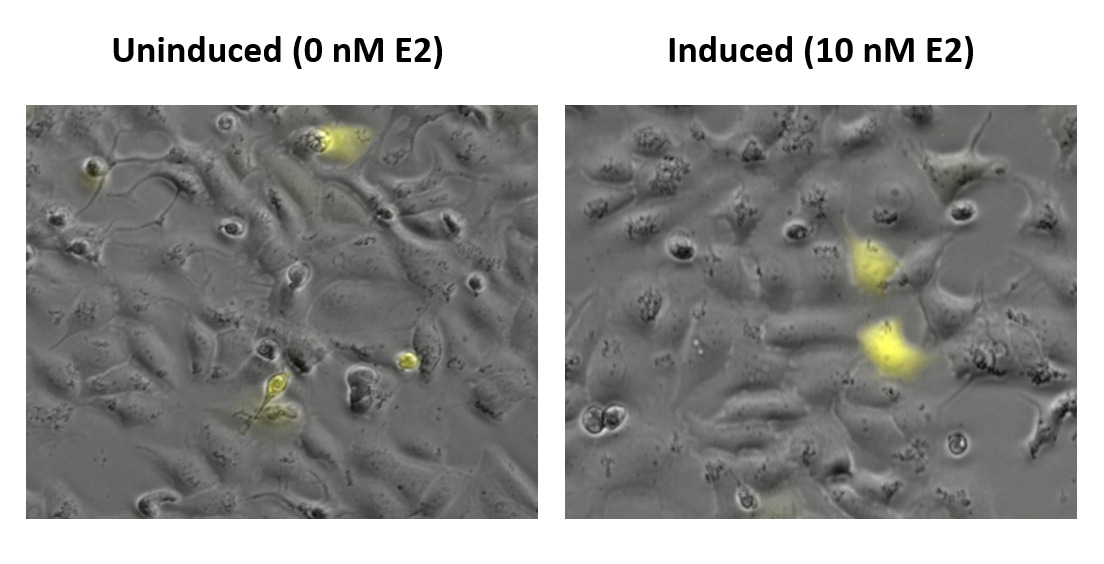 MCF7 cells above are transfected with our construct pEREx3 - eYFP, which contains three binding sites for the estrogen receptor upstream of a minimal promoter and yellow fluorescent gene. Cytometry data demonstrated an 11 fold increase in the transcriptional activity of our promoters when transfected into the MCF7 cell line. Since our transfection efficiency was poor (< 10%) in several of the more difficult-to-transfect cell lines we worked with, we relied primarily on the cytometry data linked below to reach conclusions about the functionality of our promoter instead of the brightfield imaging shown here.

A sampling of some of the cytometry data used to confirm the function of our promoters in various cell lines. Shown here is cytometry data of promoter function in MCF7 - full extended results for all promoters linked below.


Read more about the extended series of experiments testing the functionality of our promoters.


How do our promoters behave in larger circuits?

One of the larger genetic circuits we created for testing the behavior of our promoters in promoter-repressor cascades. (1) Estrogen diffuses into the cell and binds with the estrogen receptor. (2) Estrogen receptors will homodimerize with one another forming an activation complex. (3) Estrogen receptor will bind to our synthetic promoter (4) Production of repressor protein (5) Repressor binds to binding sites upstream of an eYFP reporter (6) Transactivator Gal4-VP16 is constitutively produced (7) Gal4-VP16 binds to sites on pRep (8) eYFP is produced as readout depending upon how active repressors are (9) Constituively active transfection marker hEF1a:mKate allows us to bin and analyze the data.

Read more about our proof of concept testing the functionality of our promoters in larger genetic circuits.