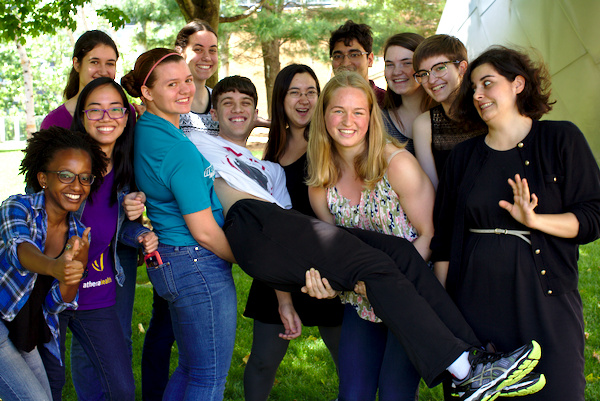 Hey everyone! We are MIT's 2016 iGEM team consisting of 12 students studying anything from biology and chemical engineering to writing and math. We are a fun-loving, cell-growing, biology-doing group of students that've all worked very hard this year to help further research in the field of women's health. We are excited to show you what all we've done, but first meet the MIT iGEM family! 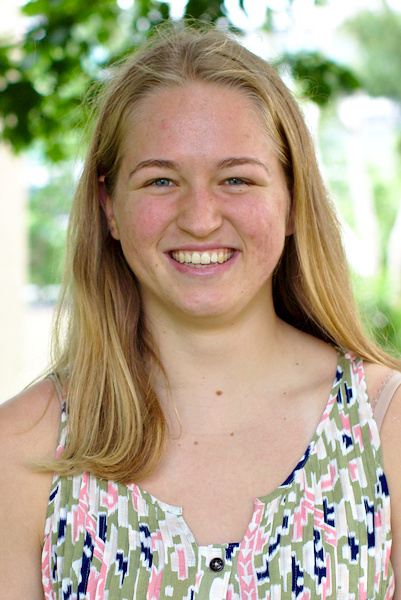 Kathleen is a sophomore majoring in both electrical engineering/computer science and math at MIT. She is excited for working with many field experts during this year’s iGEM project to understand endometriosis and hopefully provide a better treatment option. She is interested in synthetic biology’s circuit-like approach to understanding biological systems, and hopes to apply what she learns from this research experience towards robotics work in the future. Outside of iGEM, she pole vaults for the MIT varsity track and field team and holds a leadership position for the Microbiome Club. She also enjoys cooking delicious desserts, photographing wildlife, and reading science fiction novels. 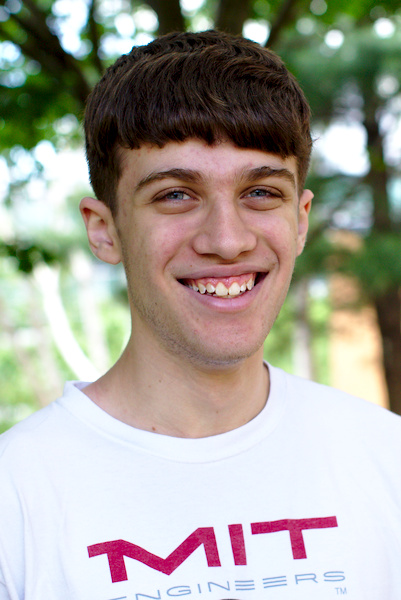 Damon is a sophomore from New York majoring in biological engineering. Always trying to make other people’s lives better, he is excited to use synthetic biology to more effectively diagnose and treat a disease, and he hopes that iGEM will be the first of many projects of this type that he works on. A former cross country and track runner, he still enjoys running as well as playing basketball, badminton, hockey, and ultimate frisbee. He is also a brother of Theta Chi, where he serves as rush chair and risk manager and enjoys hanging out, playing video games, and watching movies with friends. 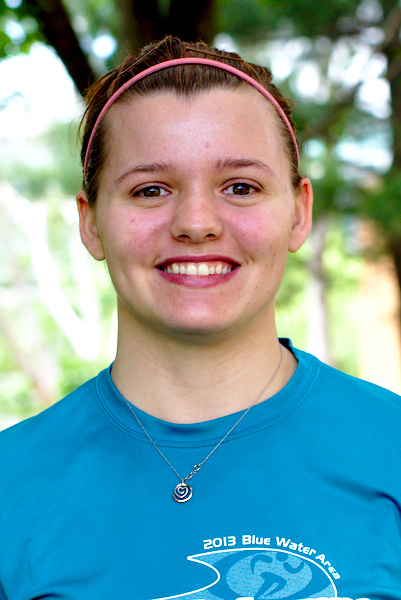 Liz is a junior at MIT majoring in Biological Engineering and minoring in Chemistry. She is enthusiastic about this year's project in endometriosis because she's always wanted an opportunity to improve the lives of people inflicted with a chronic disease. Through iGEM, Liz hopes to gain knowledge in the many applications synthetic biology has with diseases, and to learn the skills needed to begin a wet lab project and carry it out to completion. In the future, Liz wants to apply what she's learned from iGEM to an independent project or continue the team's work in Endometriosis. On the MIT campus, Liz also is a member of the student group, SaveTFP, and plans to increase her theatrical make-up skills through helping with the MIT Shakespeare Ensemble. She also enjoys baking, reading, and exploring both Cambridge and Boston. 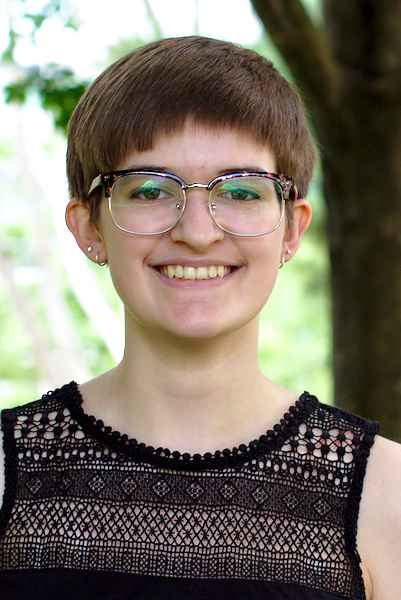 Theresa is a sophomore majoring in Biology and minoring in Writing. She first heard about iGEM through some guy who she hasn’t seen since, and only managed to apply because her friend in Electrical Engineering & Computer Science forwarded her the iGEM email that was sent to the EECS mailing list. She didn’t know anything about circuits or synthetic biology before iGEM, but this year’s project- improving the state of endometriosis diagnosis and treatment methods- is really exciting, and it’s a great opportunity to learn about synbio, lab work and the project design process. In her free time, Theresa crochets mini dolls for her Etsy store, plays violin, and writes for Odyssey. 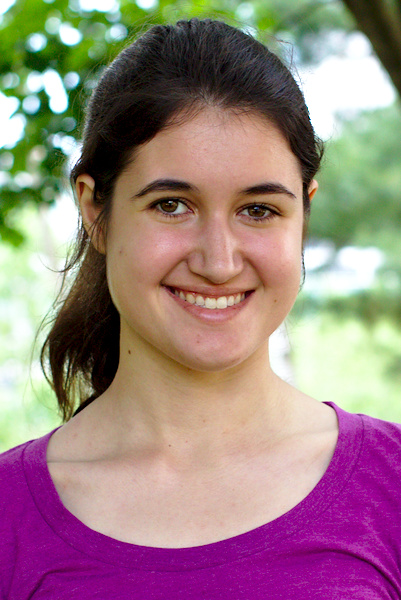 Sarah is a sophomore majoring in Chemical-Biological Engineering. She’s always had a strong interest in chemistry and became particularly excited about biology during her first semester at MIT. She joined the iGEM team to learn about how engineering can be applied to solve biological problems and to gain wetlab experience. The project has sparked her interest in developing new approaches to cure diseases, as this year's iGEM team is striving to build a biological circuit to cure endometriosis, a disease formerly only cured through surgical procedures. Outside of iGEM, she enjoys sailing for the MIT Varsity Sailing Team, cooking, playing the clarinet, and exploring Boston. 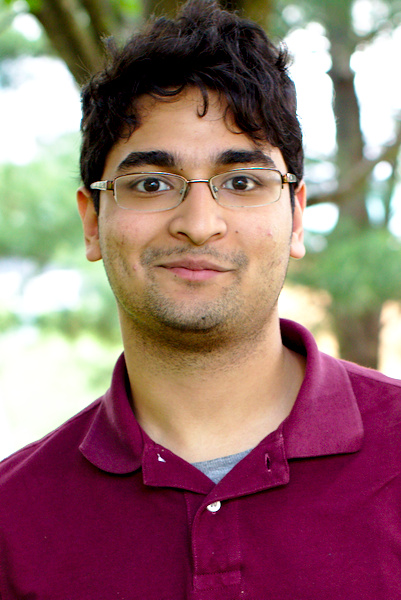 Archis is a junior studying Biological Engineering and Electrical Engineering at MIT. Systems and synthetic biology attract him as fields that can provide the tools to unravel the innerworkings of complex biological systems. In the future, he aspires to be part of the ranks of physicians and surgeons ushering in a new era of genomic medicine. His dream is that patients with currently intractable genetic disorders can someday walk into his care and receive the treatment they need. 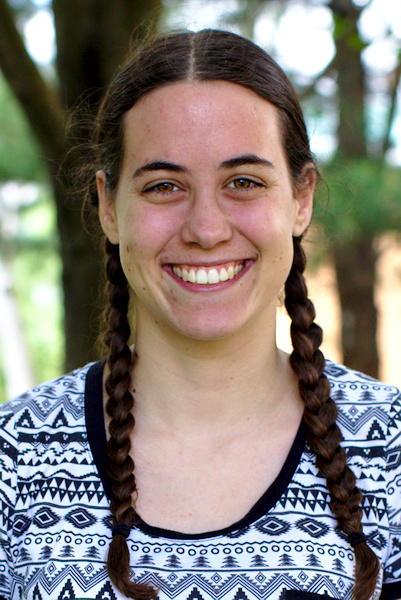 Julia is a rising junior majoring in Biological Engineering at MIT. She’s excited about this year’s project, developing a genetic circuit to detect endometriosis, a complex disease that is poorly understood. She looks forward to carrying out the project from start to finish while gaining wet lab experience. Outside of iGEM, Julia plays for the MIT Varsity Women’s Soccer Team and enjoys reading, hanging out with friends, and eating lots of ice cream. 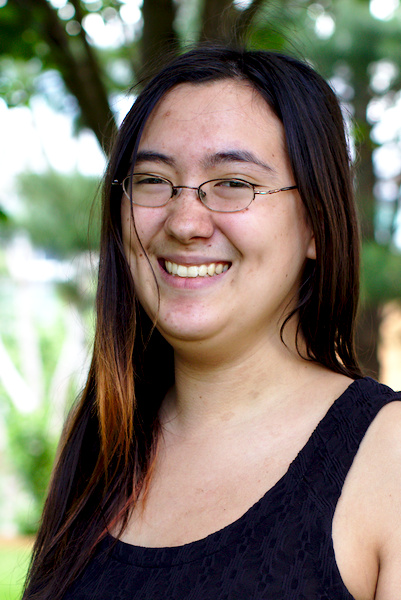 Maya is an MIT sophmore from Tetazoo. She is (by current calculations) majoring in bioengineering and plans to minor in EECS, while maintaining a decent fangirl standing for mechanical engineering. She is interested in gene editing and delivery systems to make applications of synthetic biology more viable. Current topics that pique her interest involve an alternative to FBS, cultured animal products, and cell penetrating peptides for gene delivery. In whatever time she steals violently from the work she should be doing, she appreciates janky carpentry, janky electronics, and very not janky ropework. She likes exploring, writing, and finding fun people who will tell her stories. 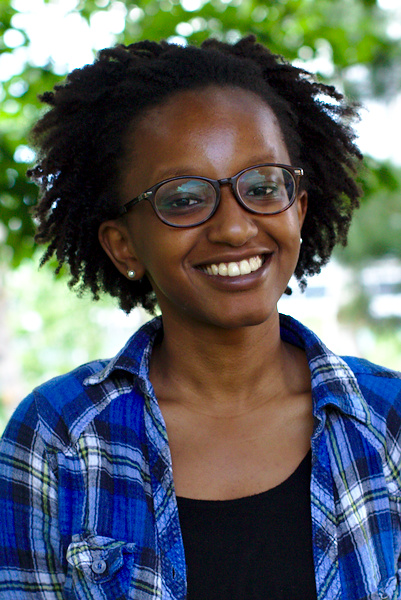 Wangui is a rising senior from Maryland studying Biological Engineering at MIT. Wangui was drawn to iGEM by the prospect of being able to design a project from start to finish. In the past, Wangui has lived two separate research lives. In one life, she explored her curiosity through research in the fields of neuropathology and oncology. In another life, she created and repaired devices as a student in Health, Sciences, and Technology and later as a Biomedical Equipment Technician. She is excited to be fusing the curious and creative sides of her to create a genetic circuit to detect endometriosis, a condition that affects 1 in 10 women. In her spare time, Wangui loves reading, writing, and running. Her other passions include planning events for Black Women’s Alliance, a community that has always supported her, and fundraising for Expediting Access to Standard Education, a club that supports education projects in developing countries. 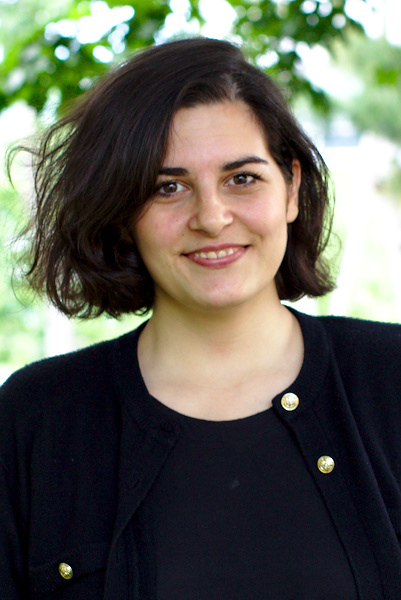 Gizem is an architect and a masters student in Computation at MIT’s Department of Architecture. She is interested in exploring Synthetic Biology in order to develop scalable living building materials for construction in extreme environments. She is very excited to be practicing SynBio in mammalian cells as there lays many opportunities for synthetic tissue engineering. She plays the cello, sails in the Charles River / Atlantic Ocean and swing dances in her "free" time that she manages to hijack from Architecture, Design and Biology! 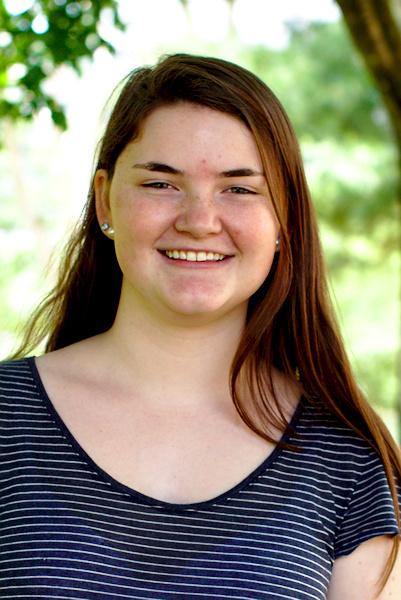 Colleen is a rising sophomore in Biological Engineering at MIT. In the future, she wants to work on developing technology that will help people live better, healthier lives. While she is still not sure how she will accomplish this yet, she is excited about being introduced to the field of synthetic biology through iGEM. She enjoys working on such a high-impact project to develop a diagnostic for a disease that is highly misunderstood. Beyond academics, she enjoys seeing dogs, exploring Boston, and eating chocolate. 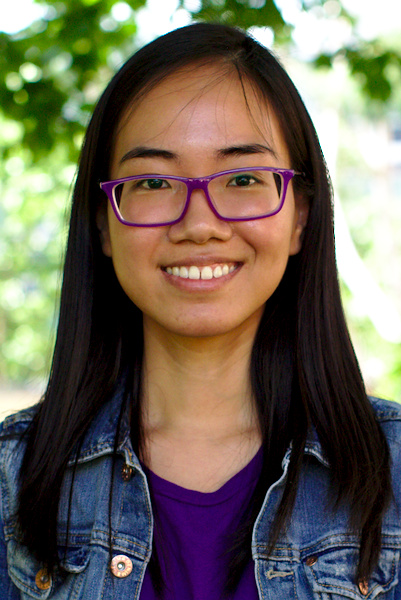 Trinh Nguyen is a rising senior at MIT majoring in Biological Engineering. She comes from Vietnam and is a transfer student from a community college. Currently, her areas of interest include synthetic biology, microfluidic technology, and organ-on-chip. Trinh is a member of the MIT 2016 iGEM team, whose research topic is developing genetic circuit for endometriosis detection. Her iGEM subgroup team focuses on characterizing recombinases which function as biological latches in the final project’s circuit. In addition to iGEM, she is also a co-founder of the non-profit Math & Science Summer Program (MaSSP) in Vietnam. This program aims to promote STEM education focusing on bringing more hands on experience to the high school students in Vietnam. MaSSP conducted a beta testing program in summer 2016 with computer science and math. In the next two years, Trinh hopes to bring the first biology summer program to Vietnam. Besides academia, her goal for this year is learning how to swim. Her favorite sports are badminton and squash.

Our Advisors and Instructors

We wouldn't have been able to do all this without you -- thank you! 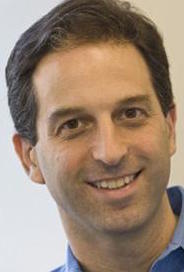 Joined the BE and EECS faculties as dual associate professor (with tenure) starting in July 2009, having moved from Princeton University where he held comparable rank in their department of electrical engineering and with a joint appointment in their department of molecular biology. His degrees are double BA in Computer Science and Economics from Brandeis University (1992), followed by SM and PhD in EECS at MIT (1994, 2001). Professor Weiss is a prominent and widely respected figure in the emerging field known as ‘synthetic biology’, with emphasis on designing molecular circuits governing cell behavior using quantitative systems modeling approaches. He is expected to help lead MIT’s efforts in both synthetic biology and systems biology, and indeed to guide their integration. 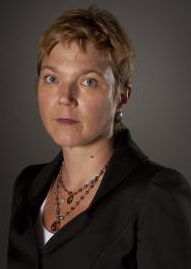 Prof. Linda Griffith received a Bachelor's Degree from Georgia Tech and a PhD degree from the University of California at Berkeley, both in chemical engineering. Griffith’s is a member of the National Academy of Engineering and the recipient of a MacArthur Foundation Fellowship, the Popular Science Brilliant 10 Award, NSF Presidential Young Investigator Award, the MIT Class of 1960 Teaching Innovation Award, Radcliffe Fellow and several awards from professional societies. Her research includes the integration of tissue engineering and systems biology, functional biomaterials, and drug development. Additionally, she is the director of the Center for Gynepathology Research and is a leading researcher in the field of endometriosis. 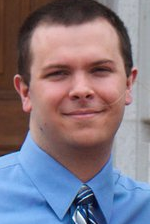 Brian Teague is currently a postdoctoral research associate in Ron Weiss’ Synthetic Biology Group. He earned his B.A. in biochemistry and computer science from Rice University and his Ph.D. degree from the University of Wisconsin-Madison in Cellular and Molecular Biology. Brian has developed immense expertise in instrumentation for biological interrogation and his current research interests include the emergence of global behavior of population from local rules integrated into single cells.

Lyla is a senior studying bio/biomedical engineering. Lyla was also a part of MIT's 2014 iGEM team. 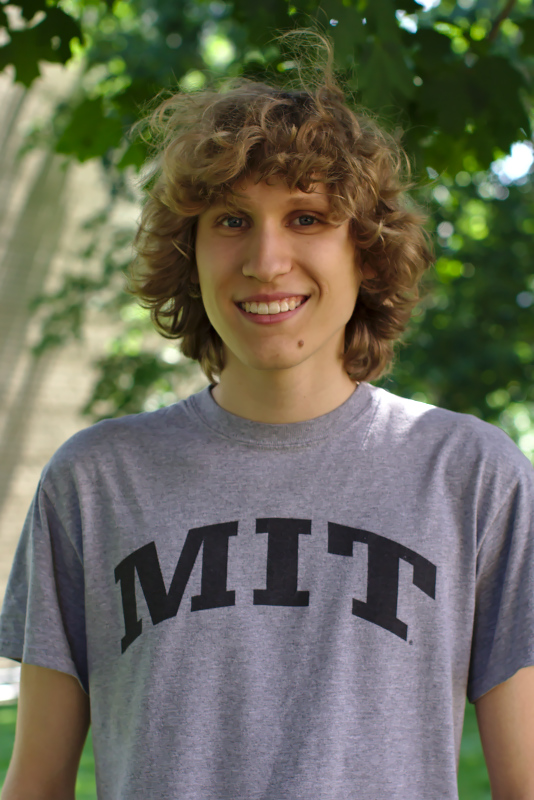 Nelson is currently beginning graduate school at Stanford University in California. While at MIT, he studied bioengineering. Nelson was also a part of MIT's 2013 iGEM team.

Kathryn studied bioengineering while here at MIT. Kathryn was also a part of MIT's 2014 iGEM team.

Christian is a senior studying bioengineering at MIT. Christian was also a part of MIT's 2014 iGEM team. 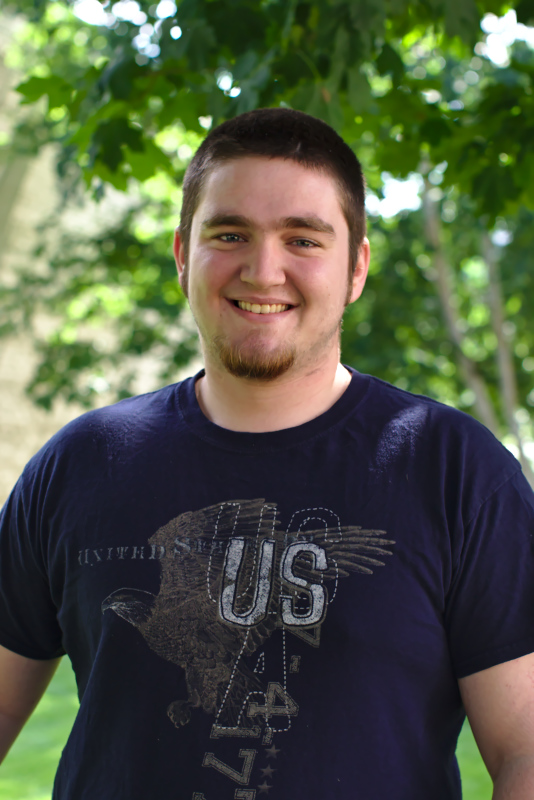 Kyle studied biology and physics while here at MIT. Kyle was also a part of MIT's 2013 iGEM team.