How can we detect endometriosis using microRNA?


microRNA (miRNA) are small units of RNA found in all mammalian cells and play a regular role in gene regulation. miRNA is single stranded and only about 20 nucleotides long. miRNA forms a RNA-induced silencing complex (RISC) with other proteins and guides RISC to the complementary sequence on the mRNA (the miRNA target site). RISC cleaves messenger RNA and inhibits gene expression post transcriptionally. 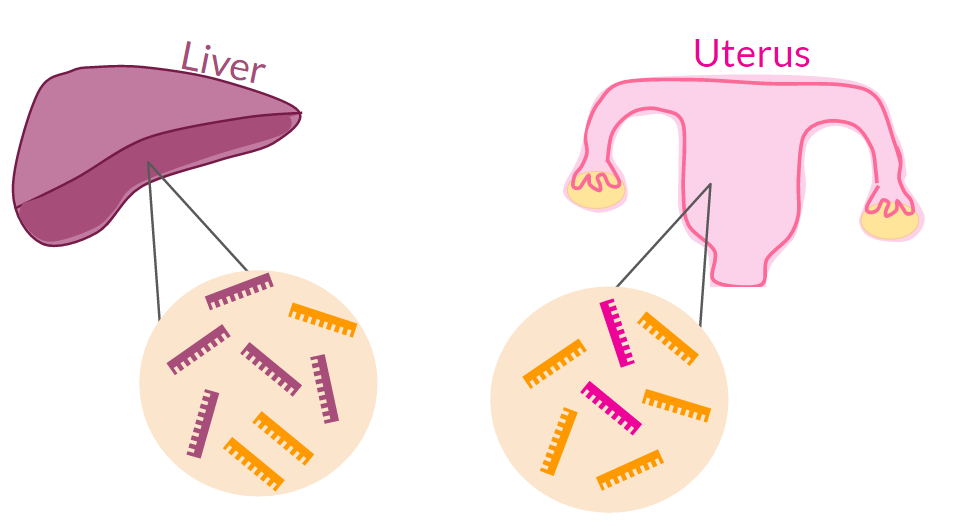 Why is miRNA a good biomarker?


Found in all mammalian cells


What is the miRNA profile of Endometriosis? 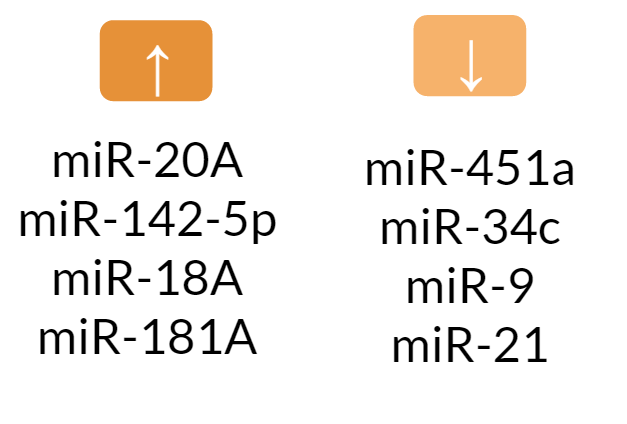 
Eight miRNAs candidates were chosen to be characterized in order to determine their gene regulatory ability for the purposes of increasing the specificity of our circuit.

How can our circuit sense miRNA activity? 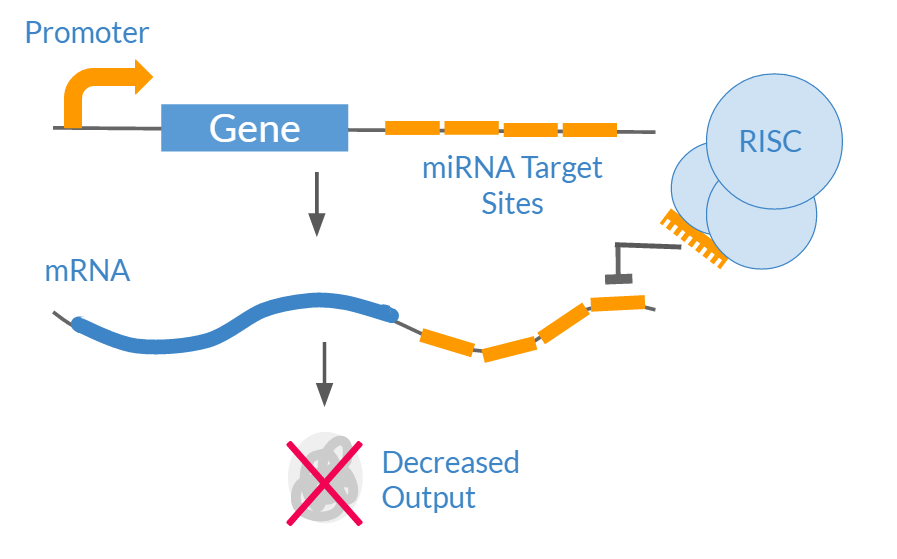 Our circuit utilizes the natural function of miRNA to regulate gene expression. Depending on the miRNA activity in a cell, different levels of our desired gene will be expressed. This allows our circuit to produce a differential output depending on whether the cell has dysregulated miRNA. This is achieved by attaching 4 tandem sites complementary to the affected miRNA following a gene of interest. This is called the miRNA target site (miRNA-ts).

As miRNA activity increases, the output of the desired gene decreases.

Read more about our decision to use miRNA sensors

Are the target sites sensitive to miRNA levels? 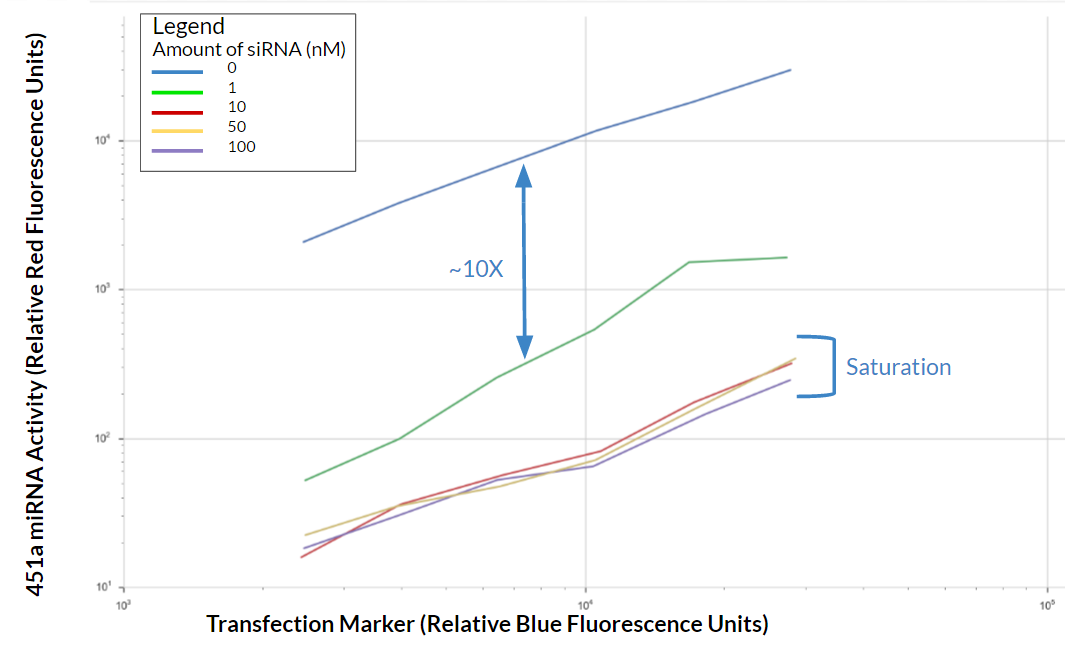 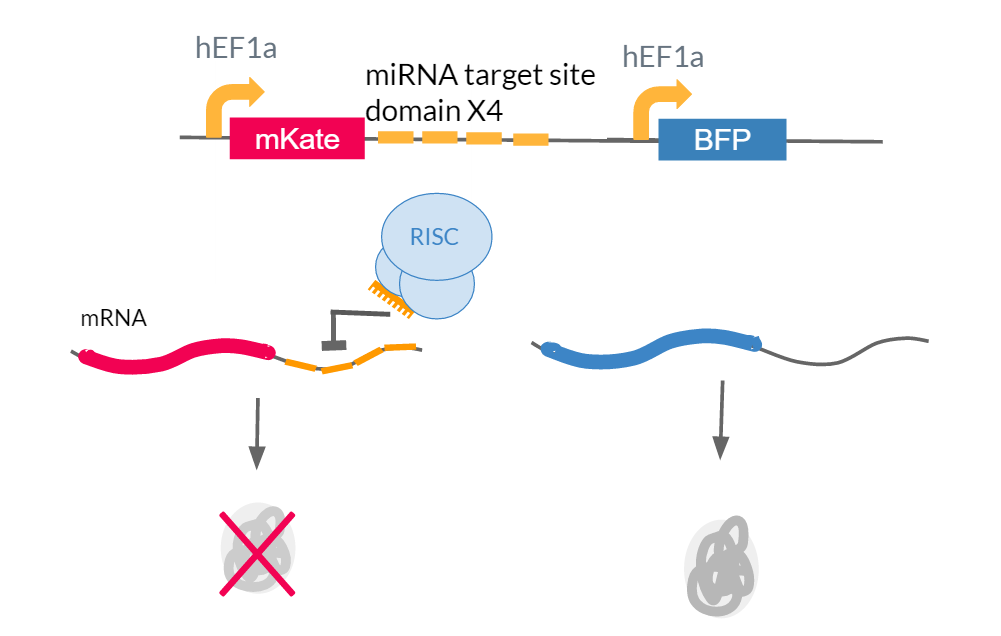 These 4 tandem sites for miRNA binding were tested by inserting them after a red florescent gene (mKate) in the 3' untranslated region. We were able to see a ten fold repression upon increasing the concentration of siRNA from 0 to 1 nM. Saturation appeared at about 10 nM.


Does miRNA activity in endometrial cells respond to hormones? 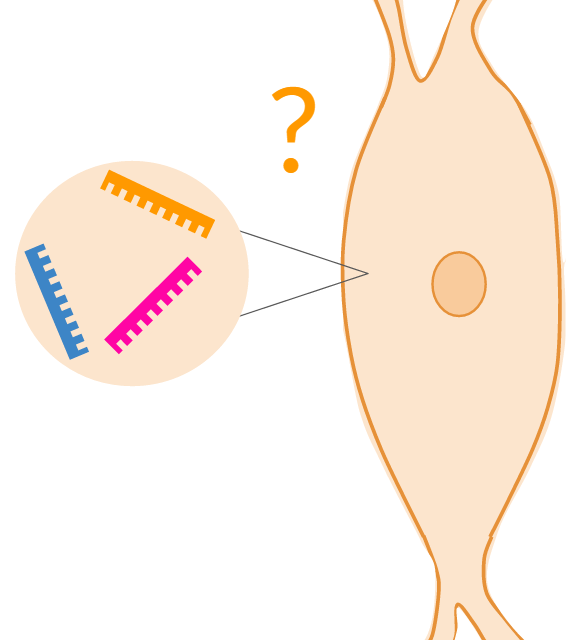 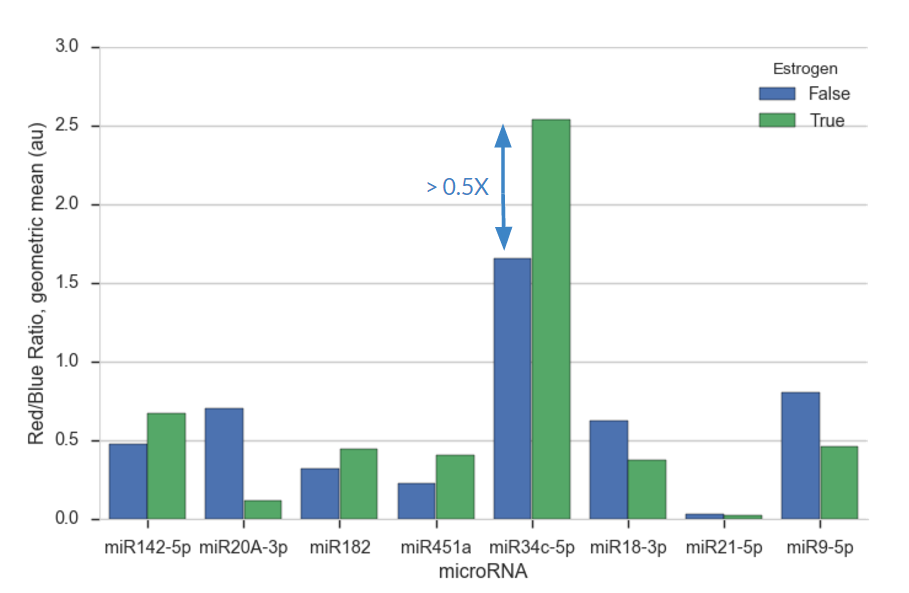