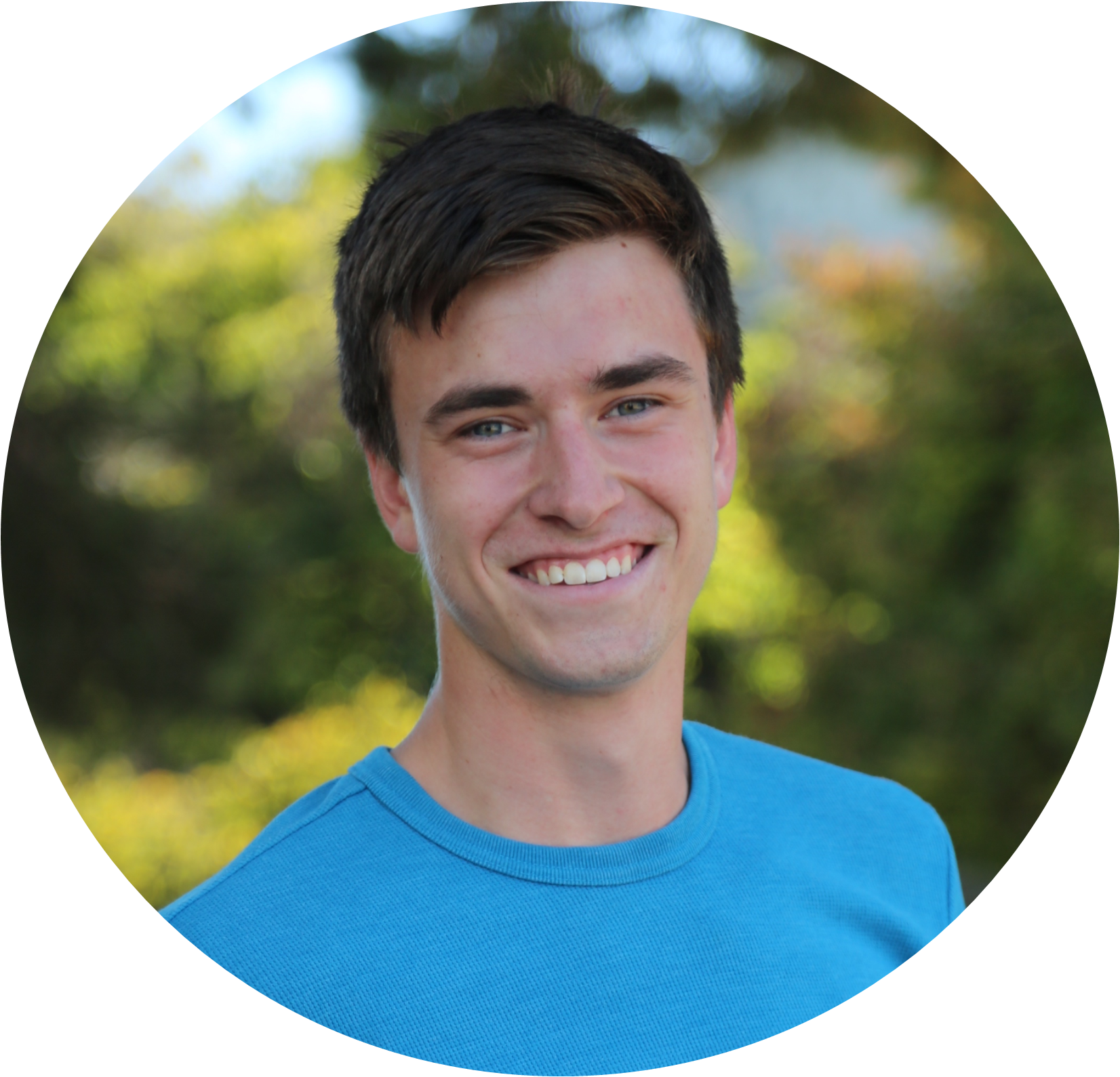 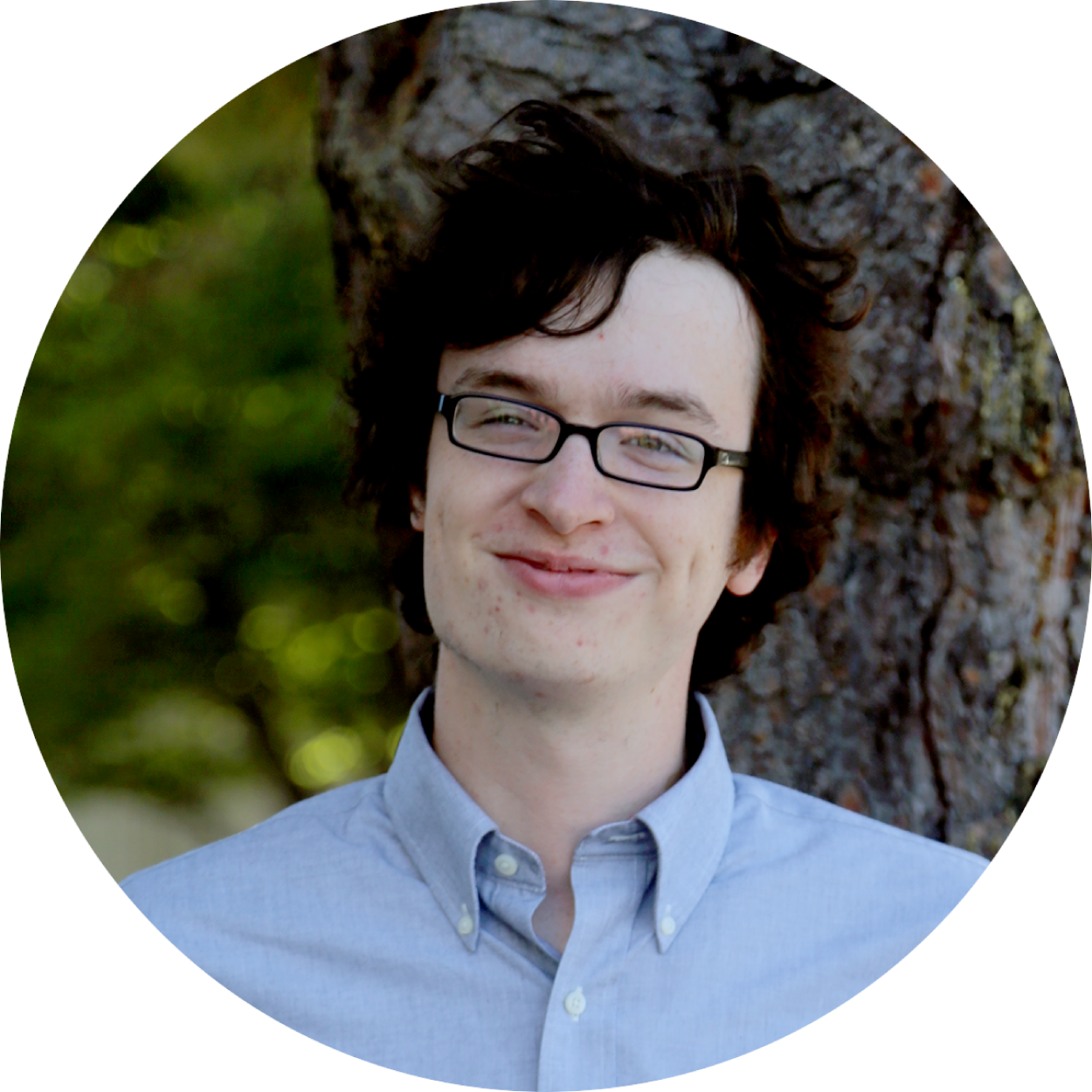 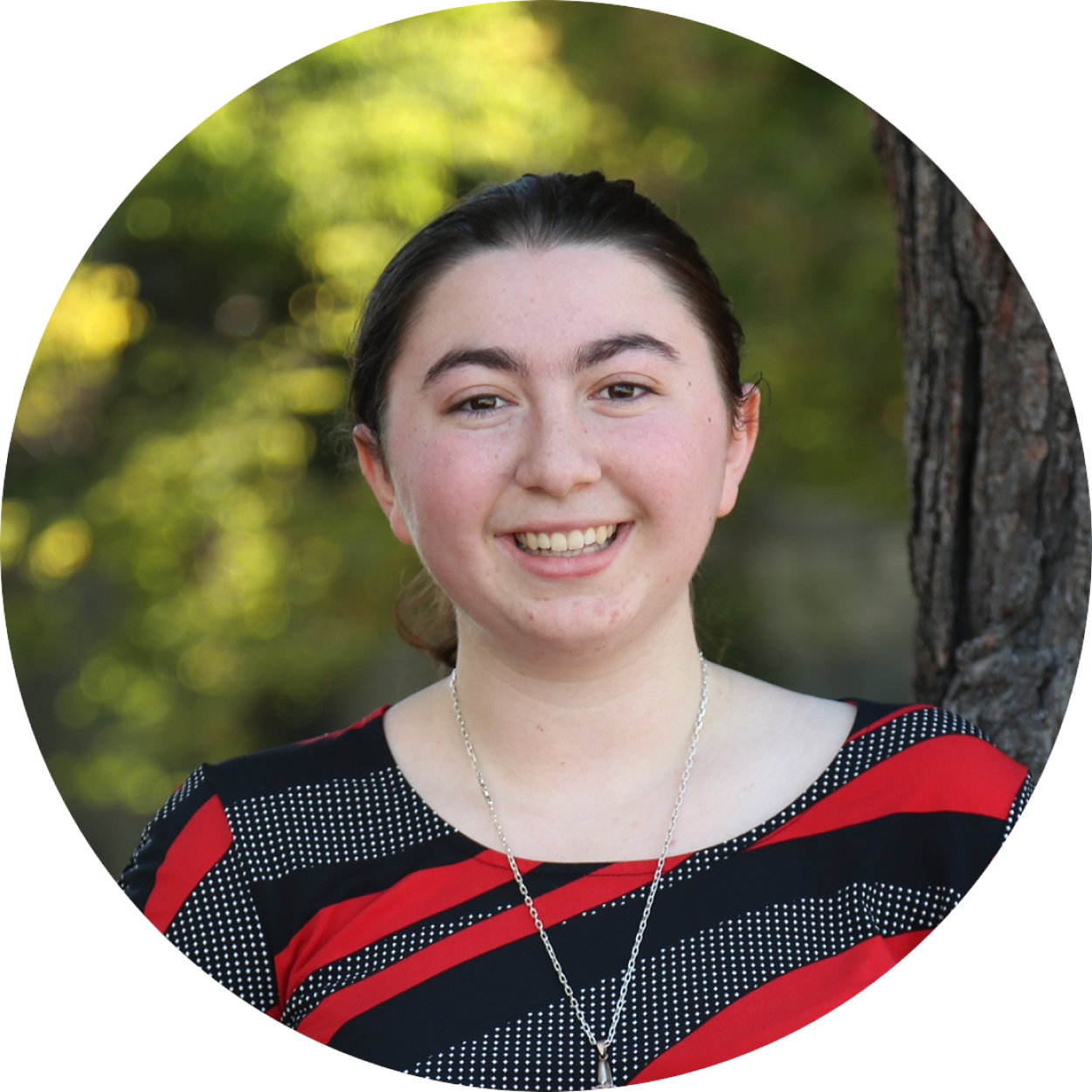 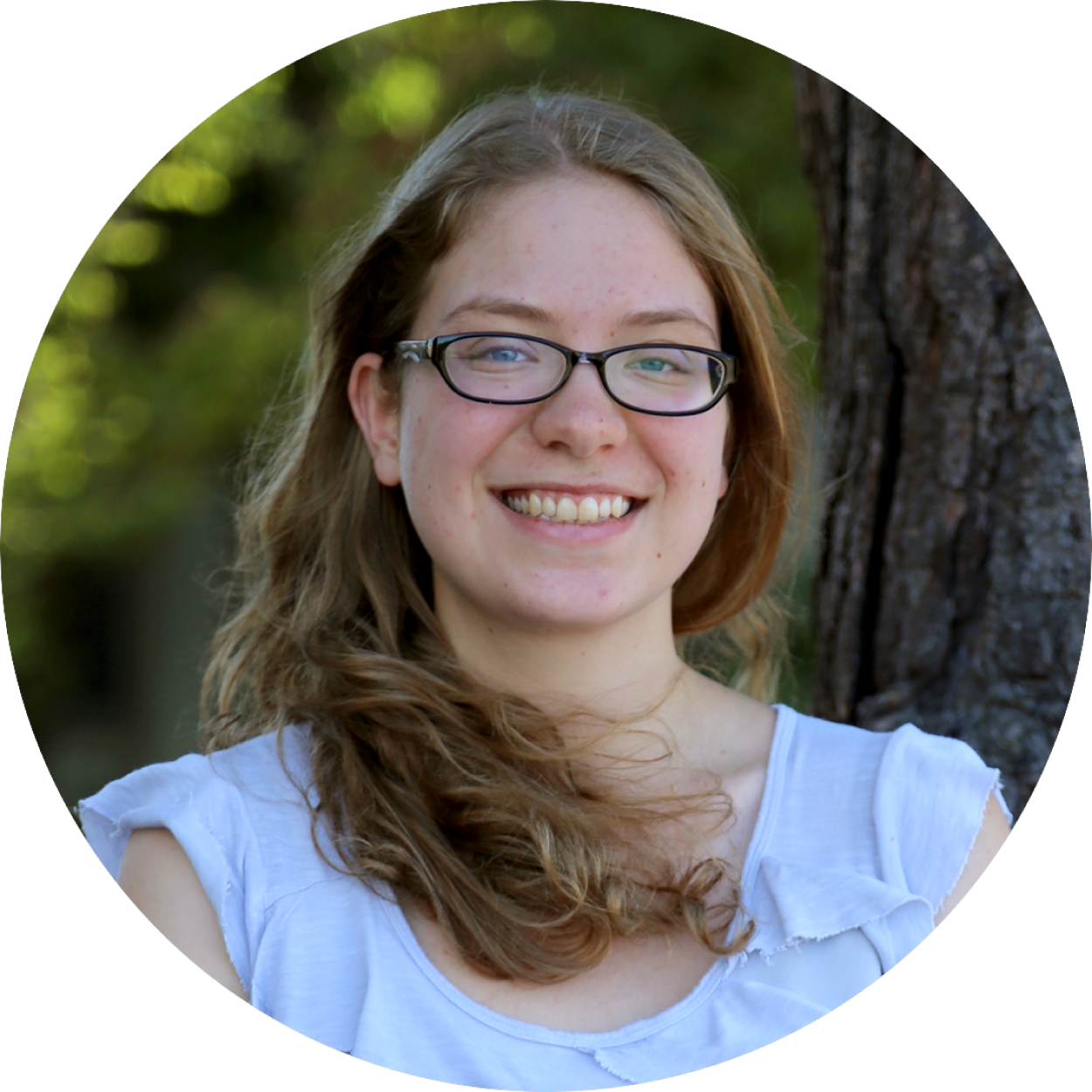 Mike is a junior studying Bioengineering, Math, and Computer Science at Stanford University. While he is not encoding life, Mike enjoys running and music. His primary projects were biosensing applications, mechanisms of membrane integration, and melanin UV protection. He also was the BioBricking coordinator and team cheerleader.

Charles is a senior studying Applied Math and Biology at Brown University. He enjoys consuming most media and producing a much more limited set of the same. His primary academic interests include the relationship between structure and function, approaching problems from the potentially reductionist perspectives of energy and information limitations, and modeling. This summer, he worked primarily with the membrane projects, focusing on elastin and collagen.

Julia is a junior studying Biology at Brown University. She is fascinated by the human immune system, and seeks to understand it better one gene at a time. This summer she worked on designing and testing small molecule biosensors, generating a new p-ABA aptamer, and human practices outreach. In her spare time, Julia enjoys reading and traveling.

Cynthia is a senior studying Biomedical Engineering at Brown University. She is interested in drug delivery methods and biologically-inspired technology. This summer she created a biosensor that detects changes in temperature and changes color in response. In her spare time, Cynthia enjoys cooking, teaching, and practising taekwondo. 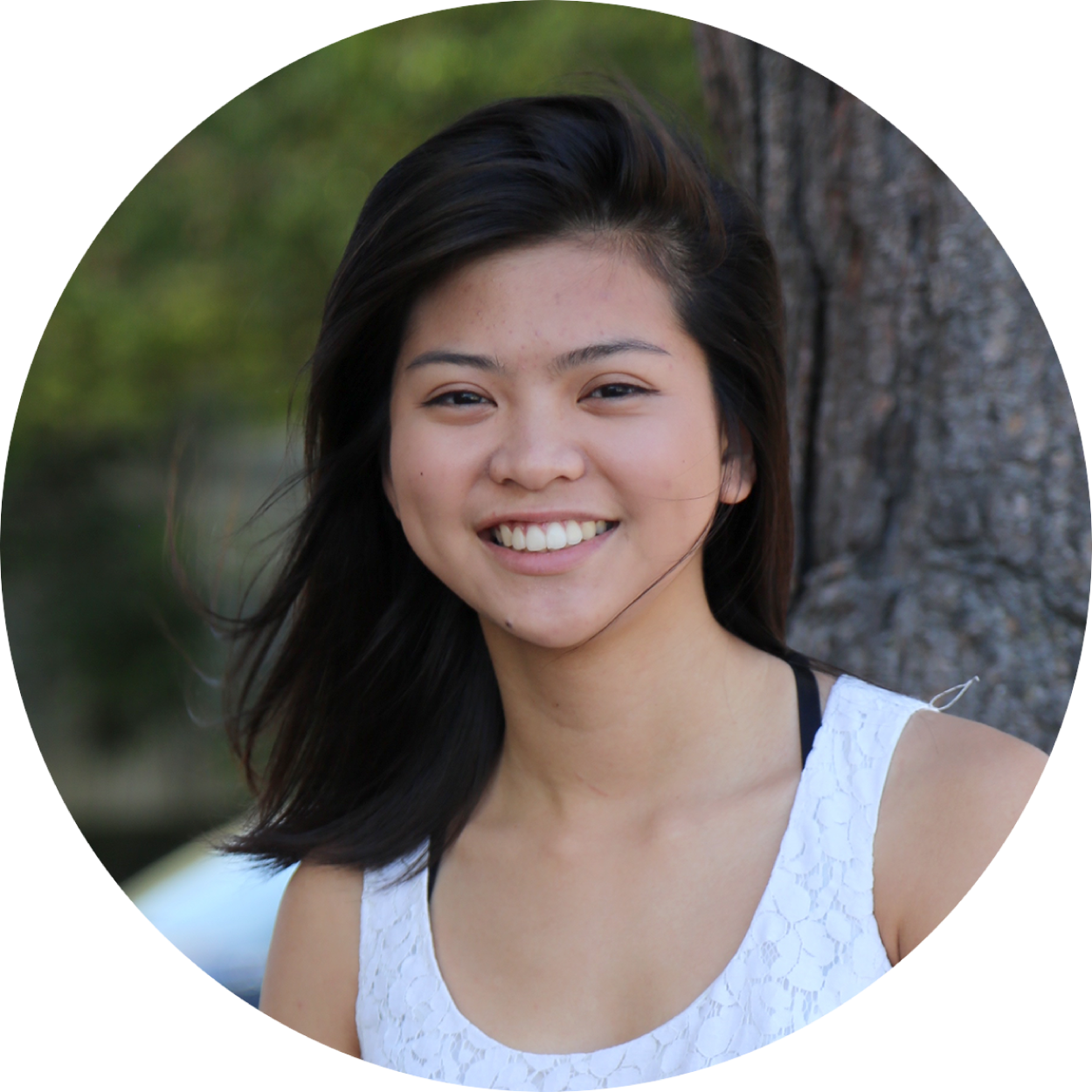 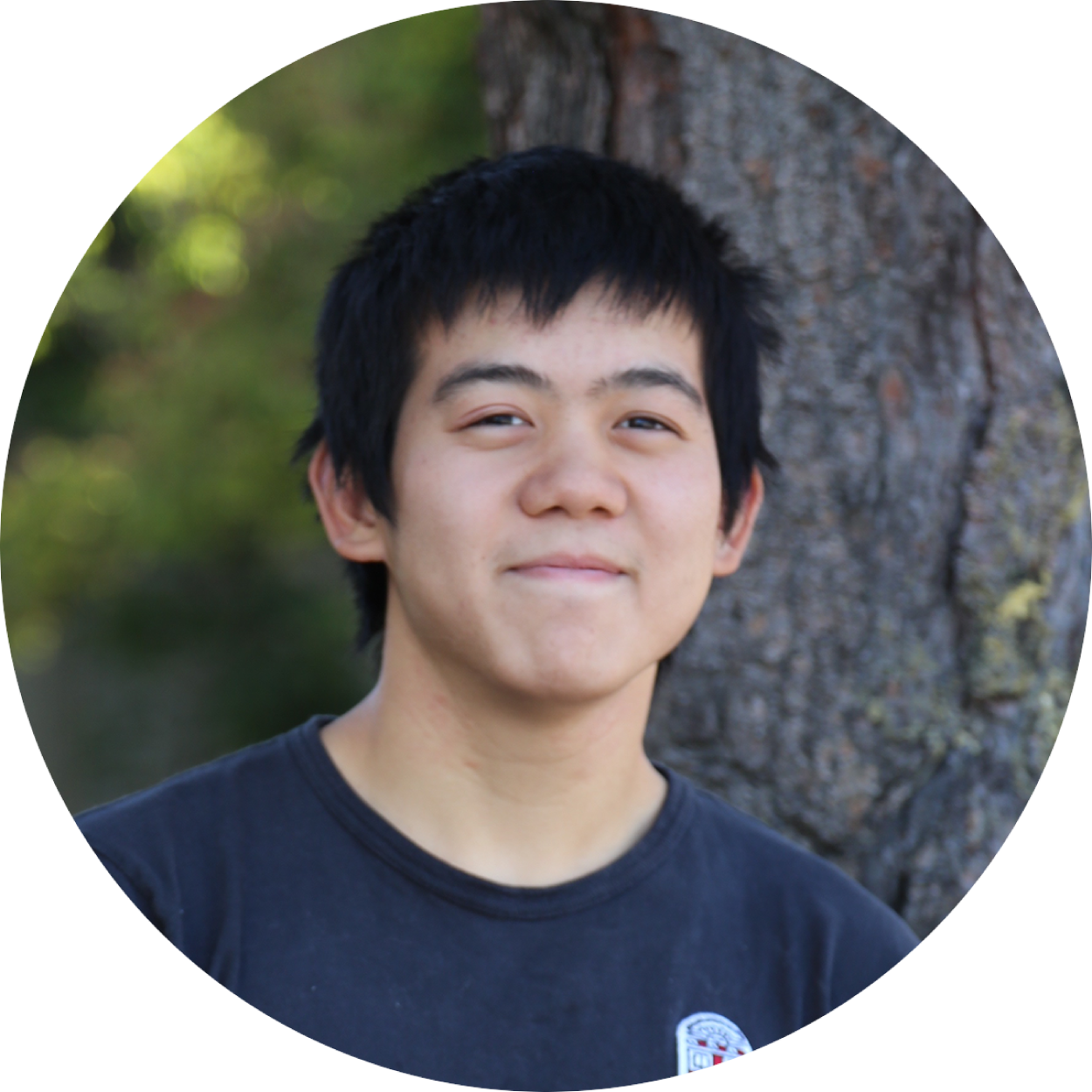 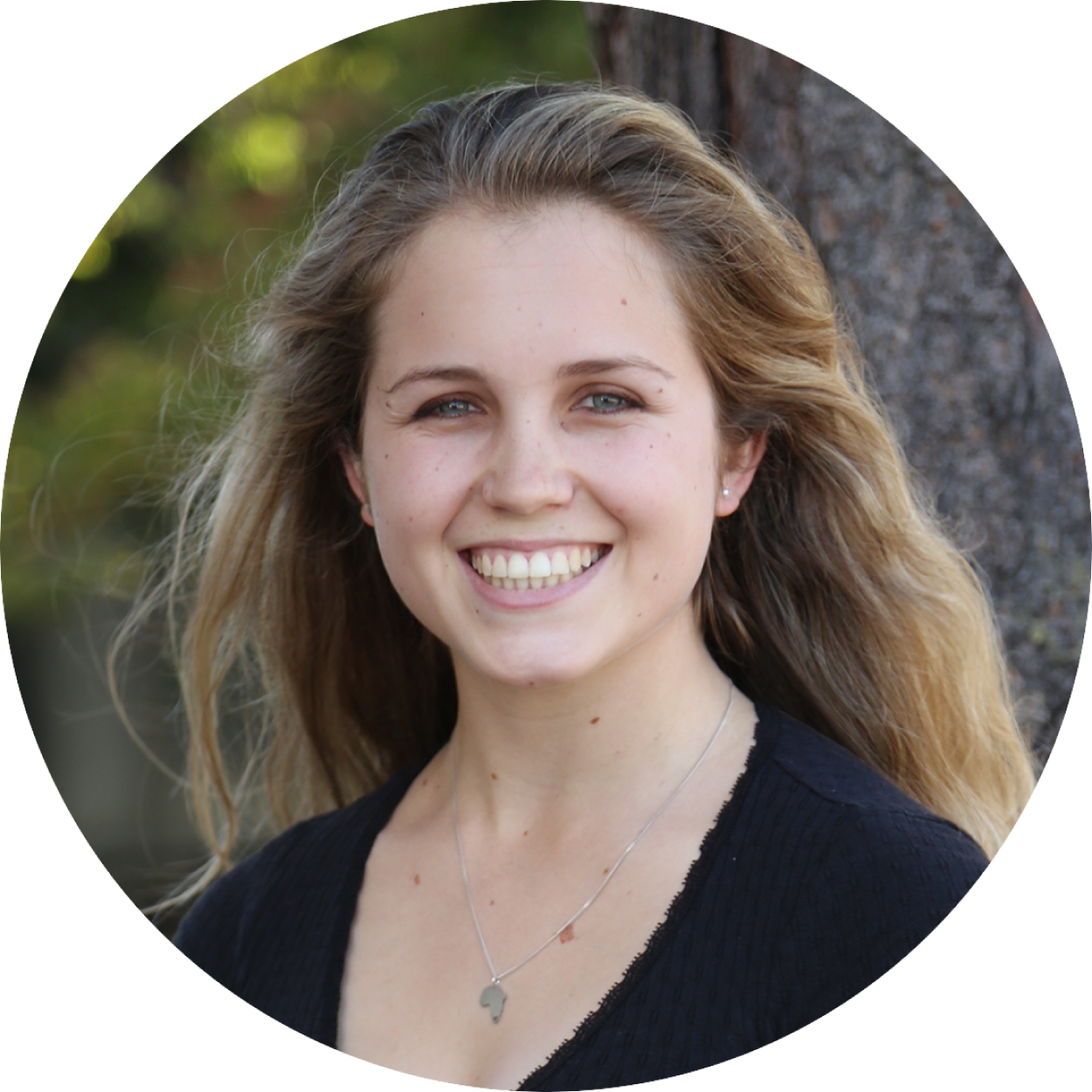 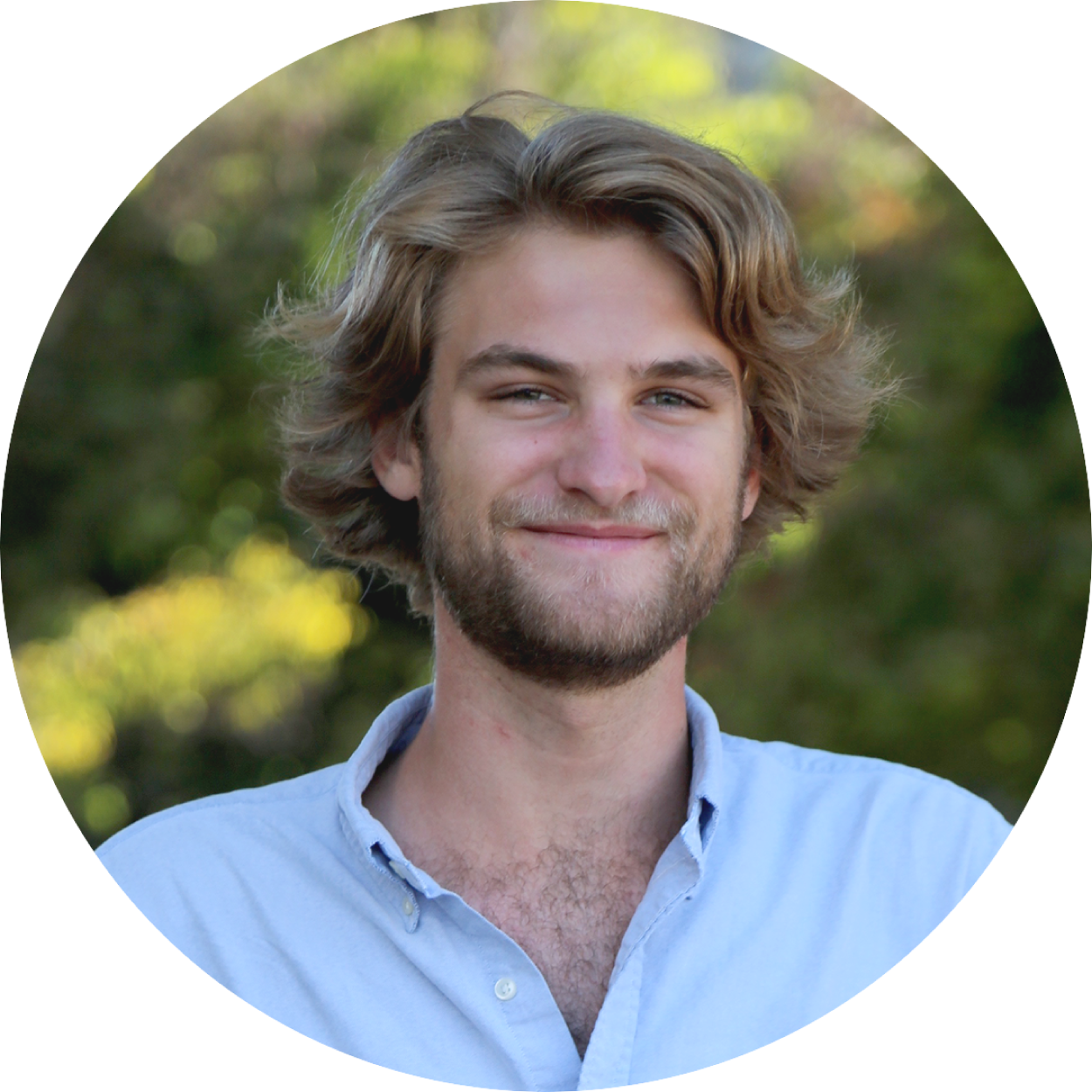 Anna is a senior studying Bioengineering at Stanford University. In her spare time, she enjoys playing with her dogs. She thinks other peoples' dogs are awesome too. She is constantly amazed by synthetic biology’s ability to engineer life to mimic the function of everyday objects. Over the summer, she primarily worked on the membrane projects: collagen, elastin and pABA.

Eric a sophomore at Brown University who is planning to study Applied Math and Computer Science. He enjoys thinking about Chinese food in his spare time. Over the summer, he worked primarily on the membrane projects - pABA, elastin, and collagen in particular.

Taylor is a junior at Brown University studying Biology on the Biotechnology/Physiology track. She worked mainly on the chromoproteins subproject, and design for the wiki and presentation this summer. She enjoys painting, reading and traveling.

Elias is a junior at Brown University studying Computational Neuroscience with an interest in the design and implementation of neuroprosthetics. Over the summer, Elias was involved with certain aspects of creating the balloon membrane, including producing bacterial latex and installing UV resistance in various materials. Some people say Elias' spirit animal is a golden retriever. Elias says it himself. 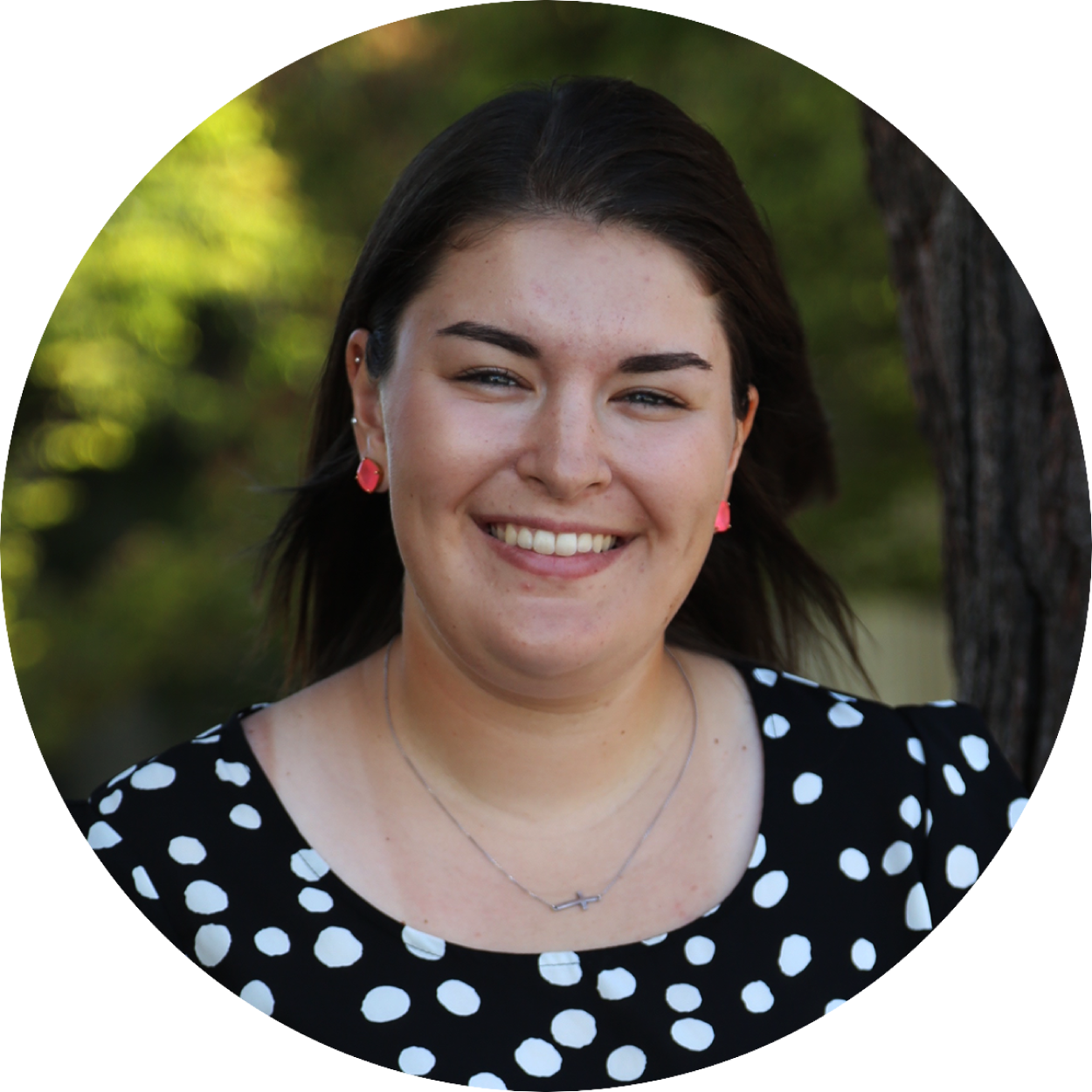 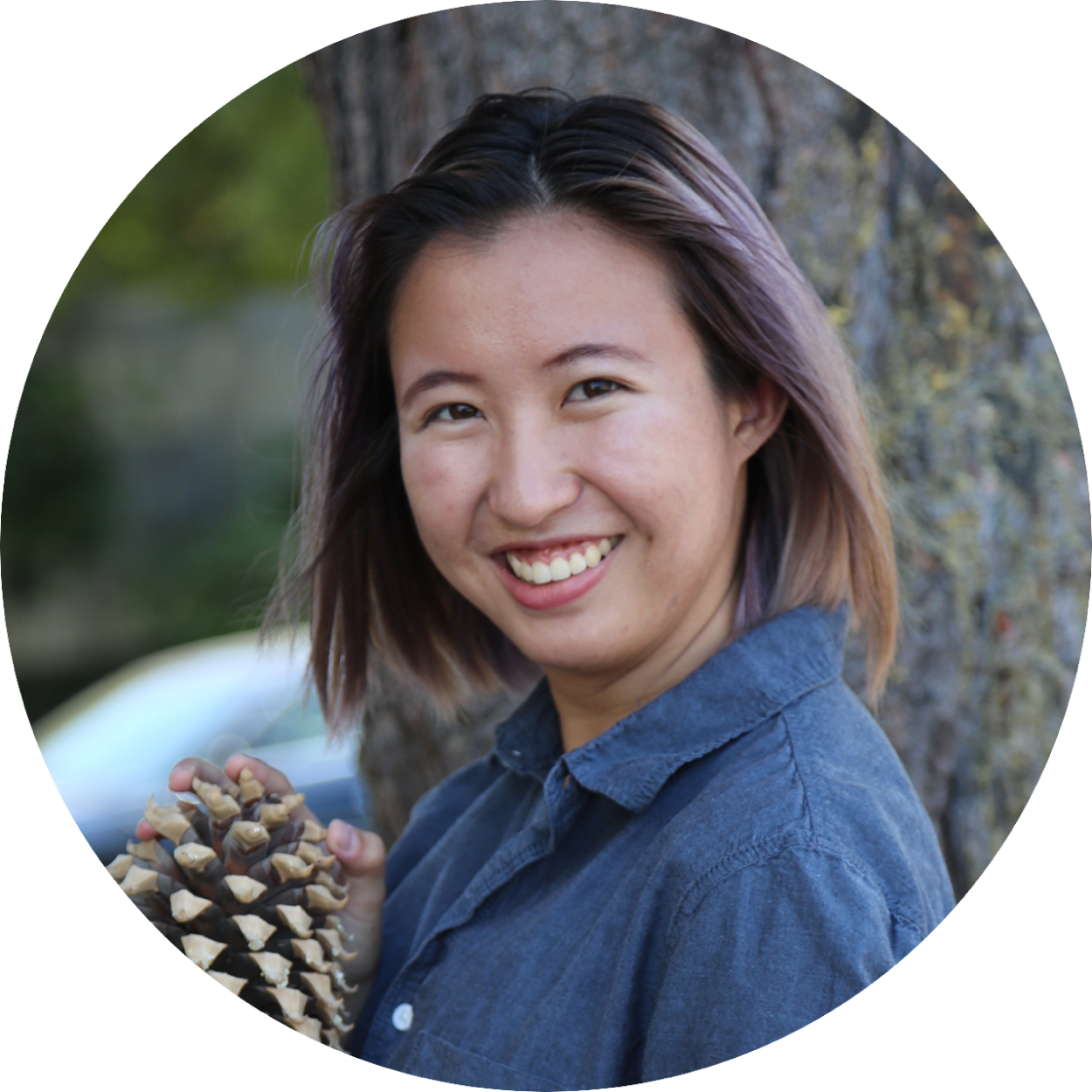 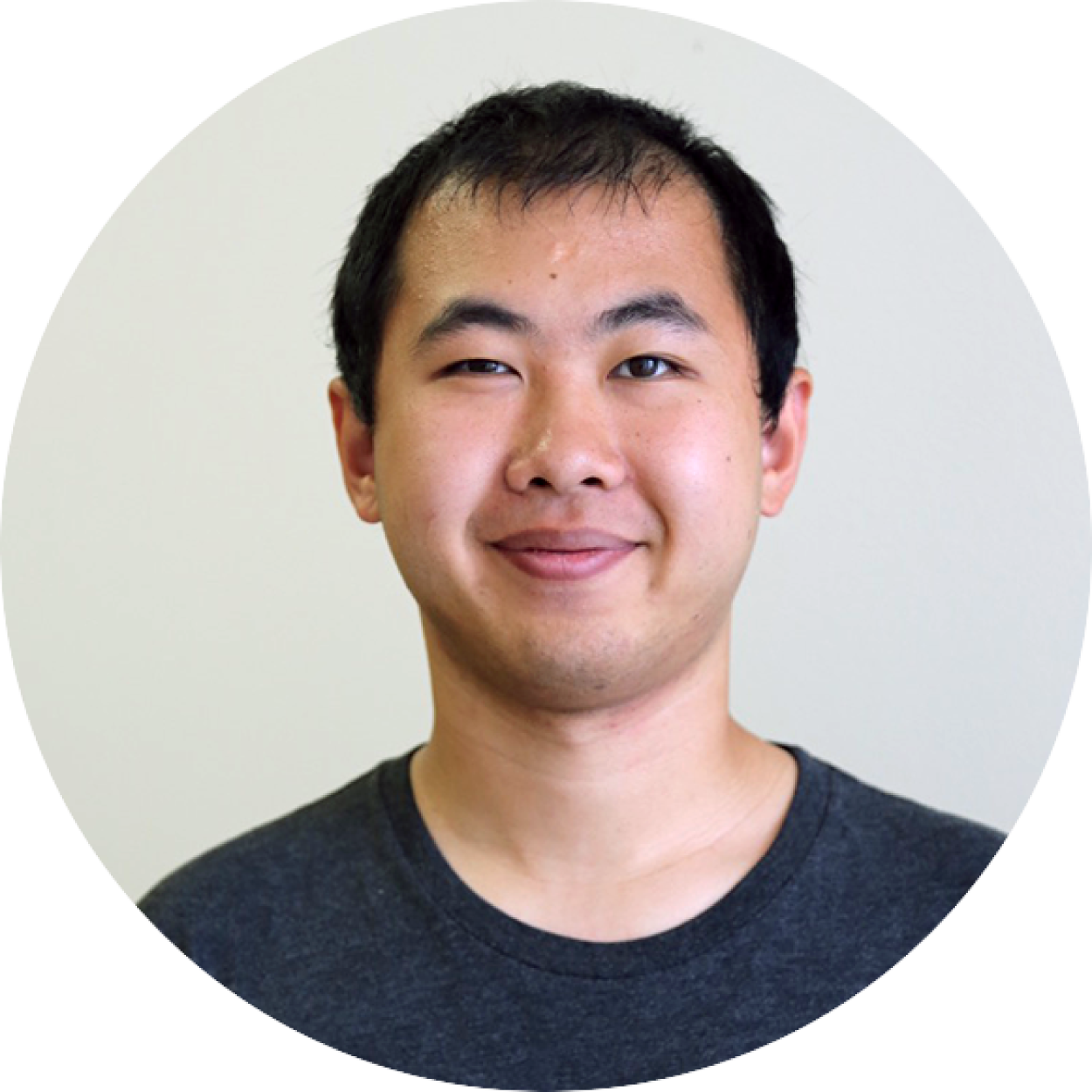 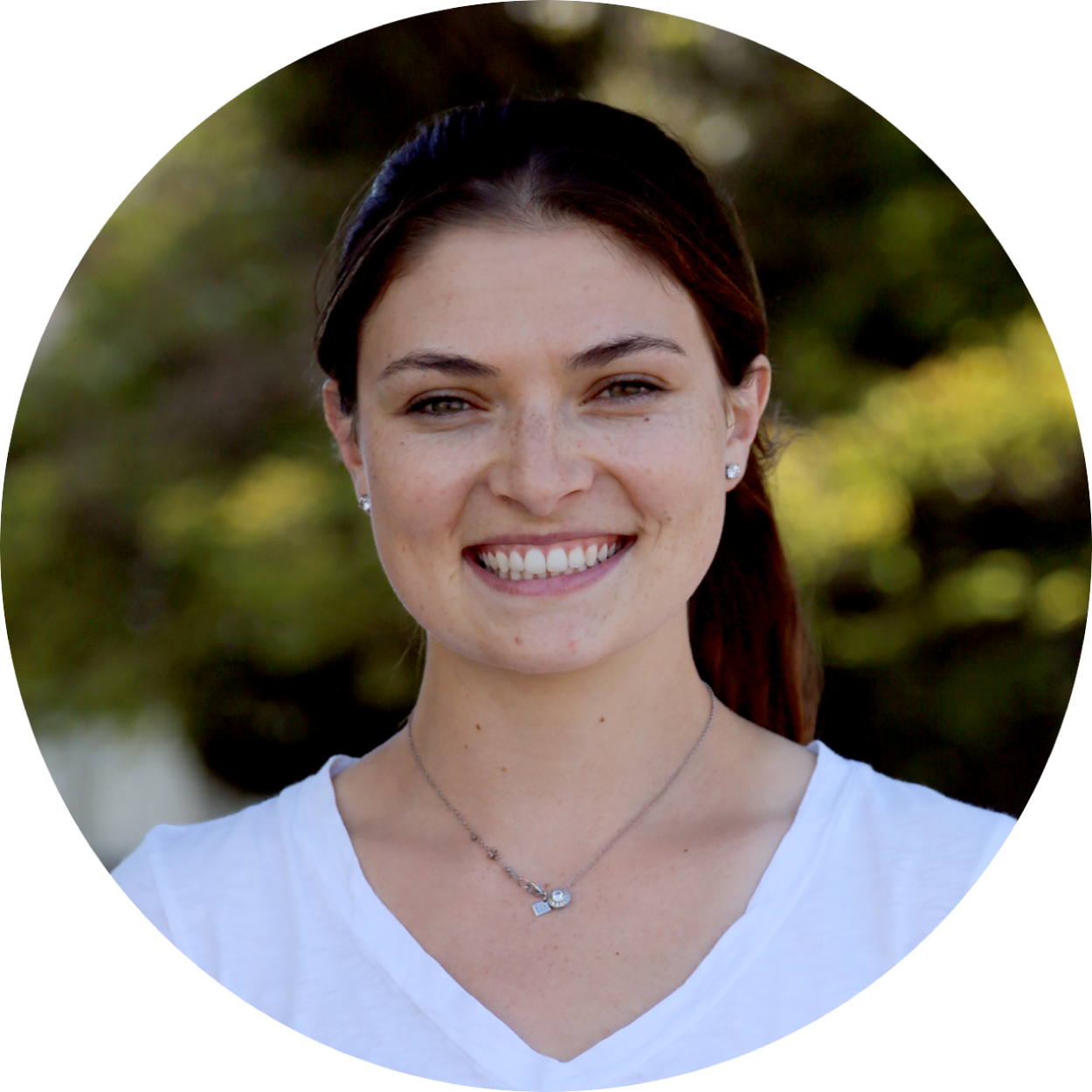 Theresa is a junior studying Bioengineering at Stanford University. During the summer, she worked on the chromoprotein subproject and enjoyed working with colorful proteins. She loves crafts, softball, and the Bachelorette watch parties.

Taylor is a junior studying Product Design and Biomechanical Engineering at Stanford University. This summer she had her first experience with genetic engineering on the latex, melanin, and gas production subprojects. Taylor was also one of the lead graphic designers on the team, responsible for helping with the Keynote presentation and team's poster. In her space time, Taylor loves to draw, read fiction, and search for the best boba in the Bay Area.

Gordon is a recent Stanford graduate in Bioengineering, and is now a first-year Bioengineering PhD student at Rice University. During the summer, Gordon was the lead researcher in developing a transgenic organism capable of producing synthetic rubber, and developed software for automating protein sequence optimization and gibson primer design. In his free time, Gordon enjoys gardening, messing around with electronics, and flying rotorcraft over Lake Lag.

Amy is a senior studying English at Stanford University. She is fascinated by the idea of “open source biology,” and she has enjoyed her first experience with synbio lab work. Amy loves reading, writing, running, espresso and Paul Simon, among many other things. This summer, she worked on small-molecule biosensing, p-ABA aptamer generation, human practices and outreach. 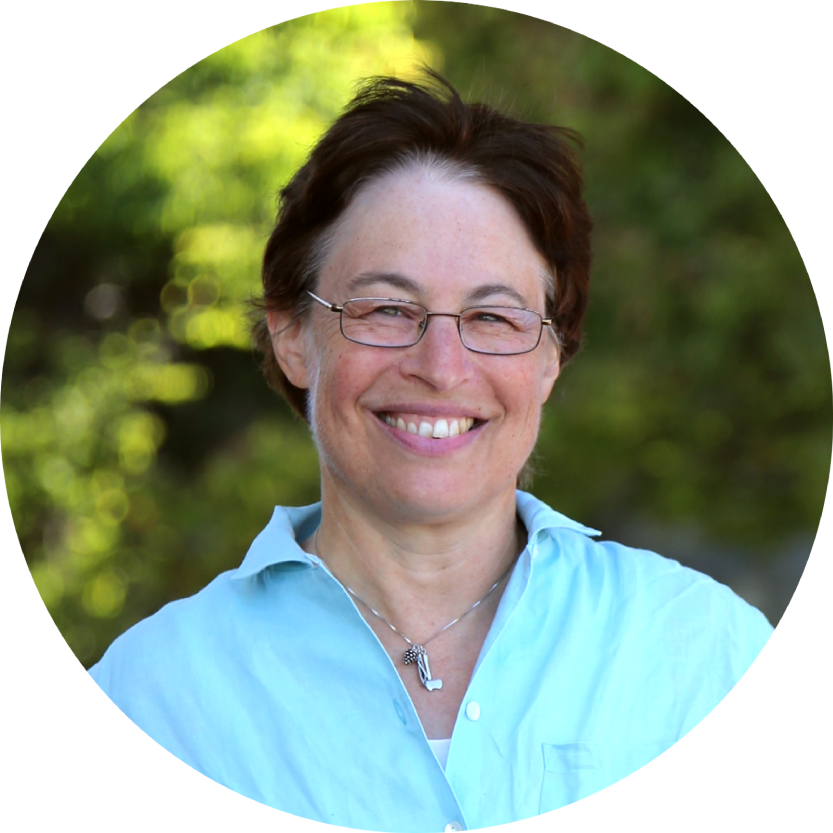 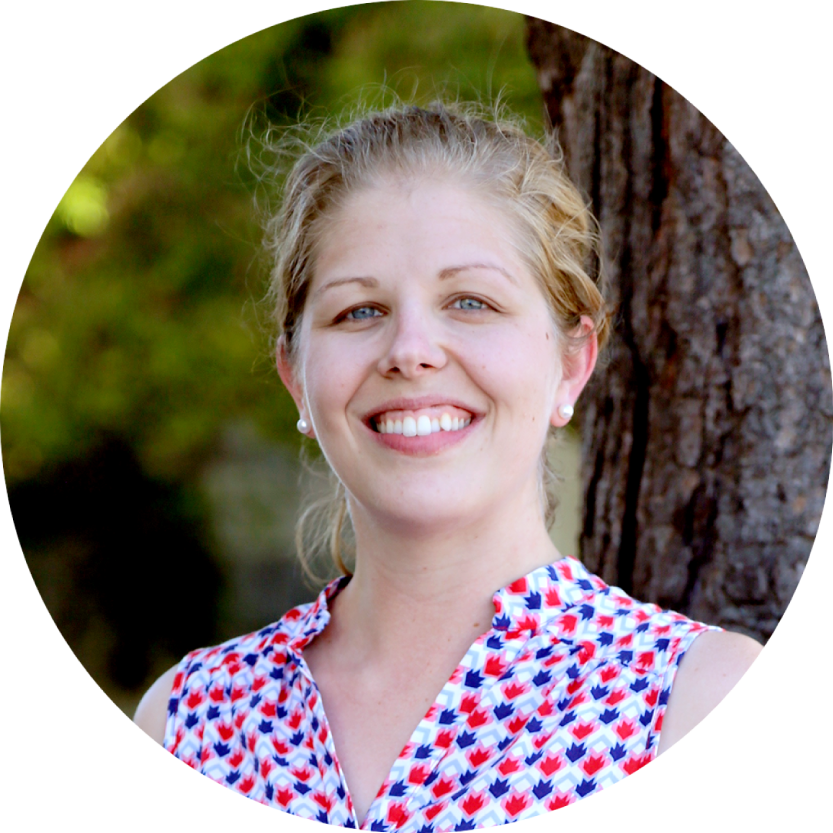 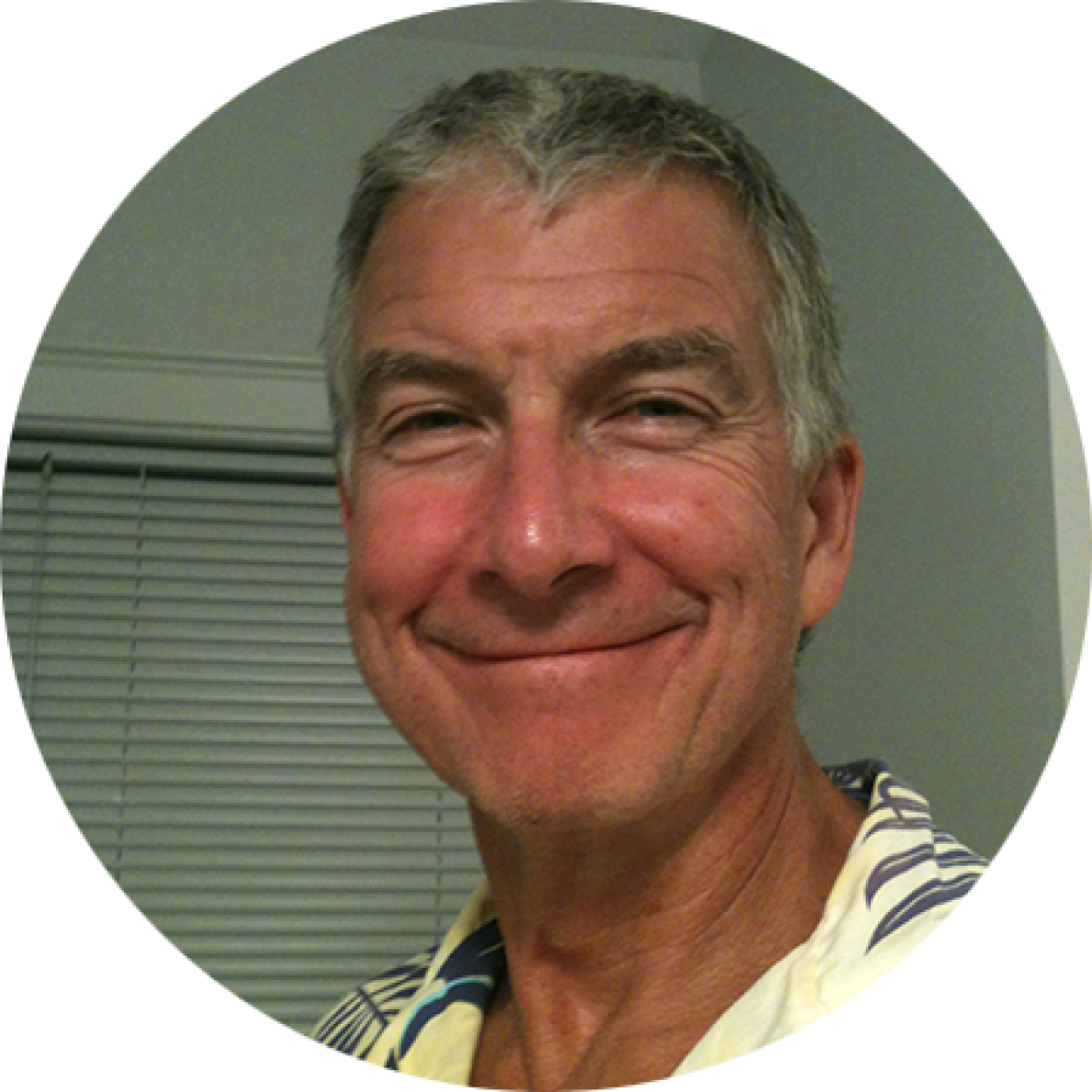 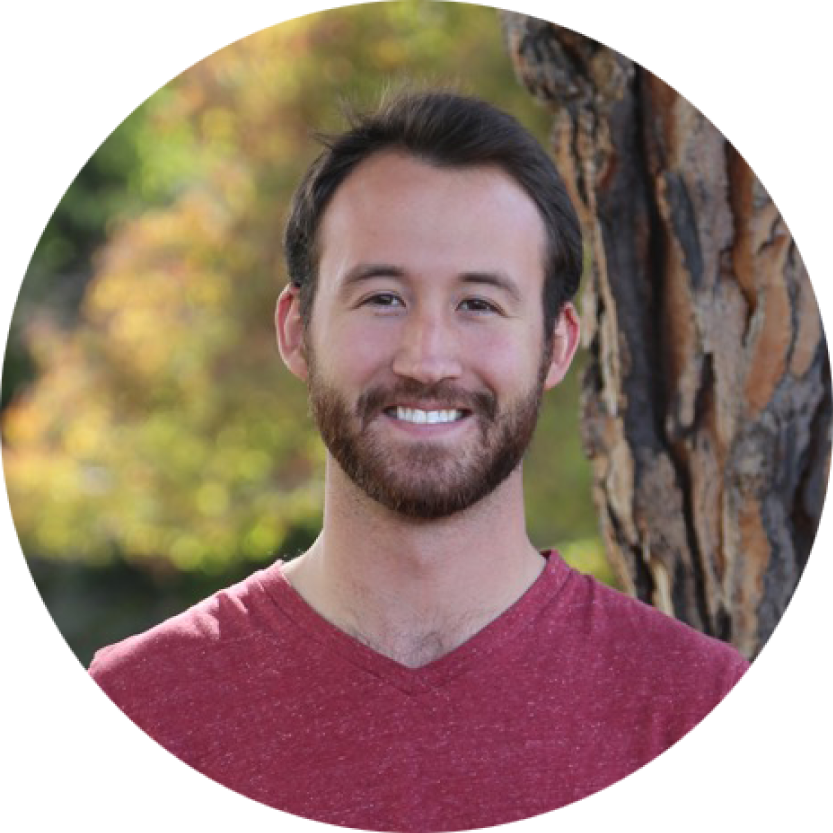 Lynn has helped found astrobiology and synthetic biology at NASA. Her research focuses on how microbes have evolved in the context of the physical environment, both here and potentially elsewhere. Field sites range from Australia to Africa to the Andes, off Earth on balloons and in orbit. Rothschild has brought her expertise in extremophiles and evolutionary biology to the field of synthetic biology, demonstrating how synthetic biology can enhance NASA’s missions. Since 2011 she has been privileged to be the faculty advisor of the Stanford-Brown award-winning iGEM team. Rothschild is a Fellow of the Linnean Society of London and the Explorers Club, and the 2015 winner of the Isaac Asimov Award and Horace Mann Medal. Coming up in 2017: the first iGEM experiment in space! Stay tuned….

Kara is a lecturer in the Bioengineering department at Stanford, and this is her 4th year mentoring an iGEM team. She is a cell biologist by training, having studied mitosis in frogs during her graduate work at UC Berkeley, but has since found her true calling teaching students about synthetic biology hands-on in the lab.

Gary is a Professor of Biology at Brown University. He has been the faculty sponsor for the Brown University team since 2006 and teaches the synbio course at Brown "Bio 1210 Synthetic Biological Systems". His research focuses on anything germ line and reproduction and applies synthetic biological approaches to this research field.

Griffin is a bioengineer at Millennium Engineering and Integration Co. working on applications of synthetic biology to space exploration and habitation. His current studies include the PowerCell mission, researching gravity’s effect on synthetic biology, and investigations into biomaterial printing using living cells with the Rothschild Lab at NASA Ames Research Center. Griffin holds a B.S. in Chemical and Biomolecular Engineering from Johns Hopkins University, where he specialized in nanotechnology and tissue engineering. 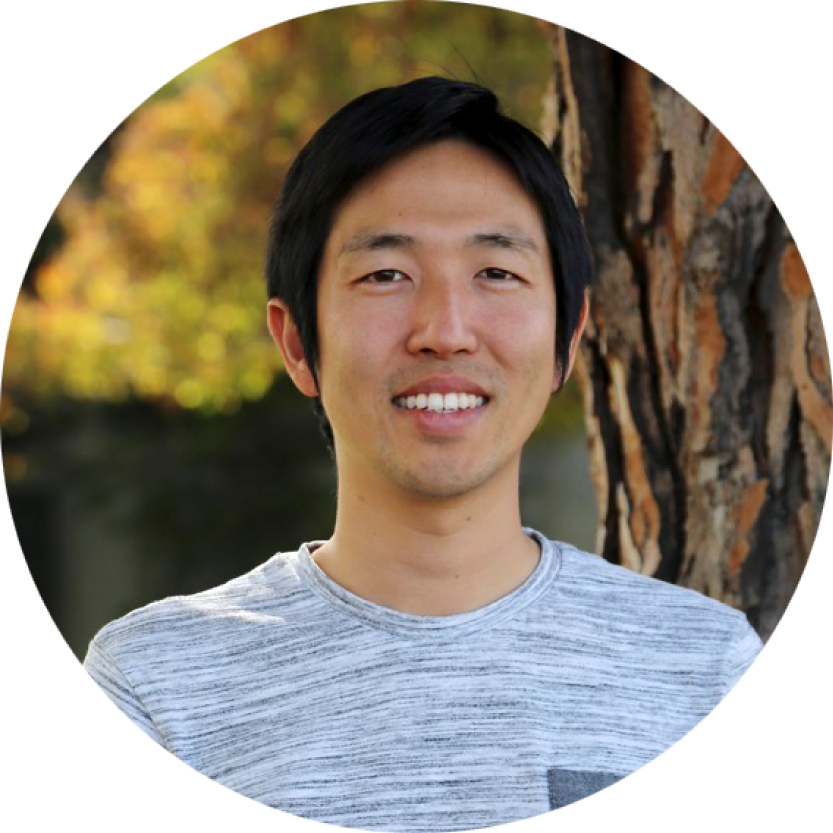 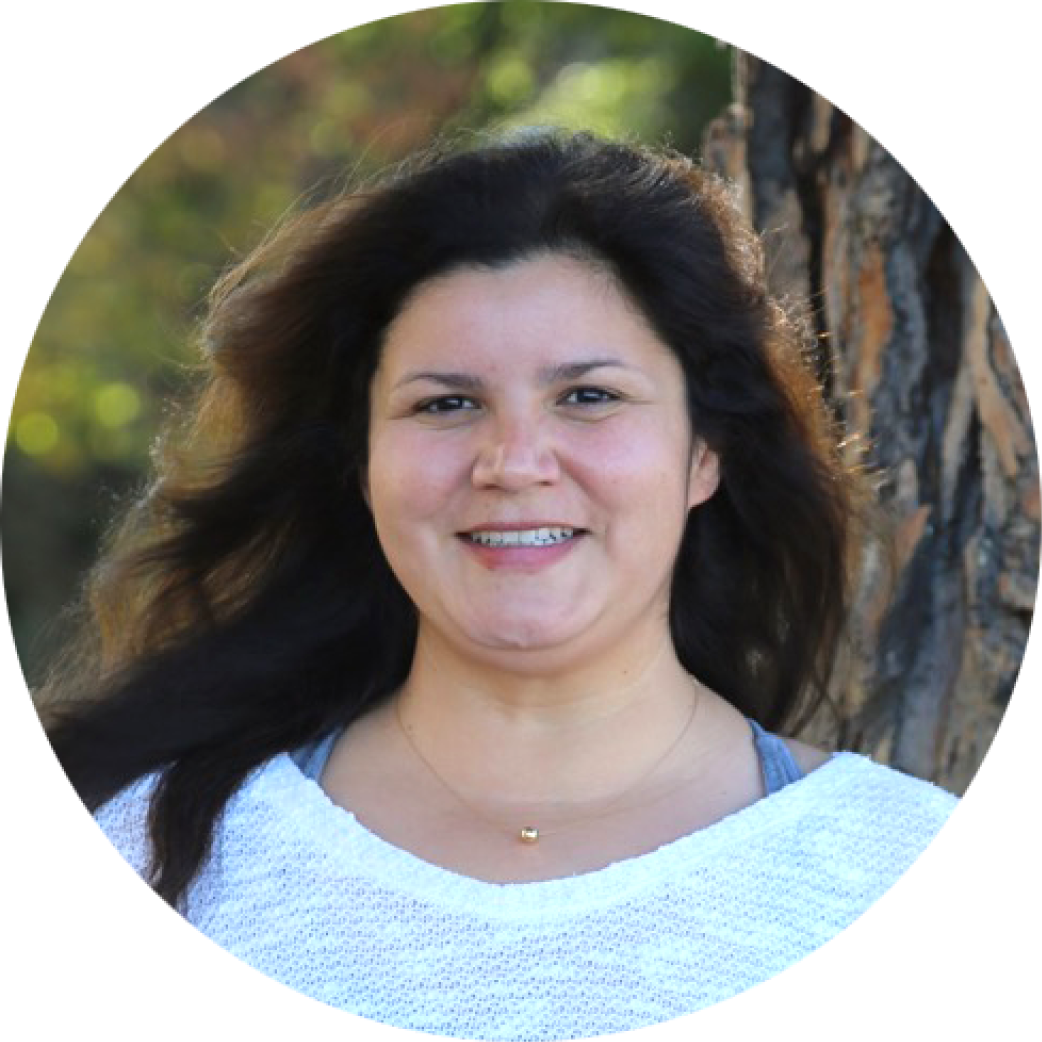 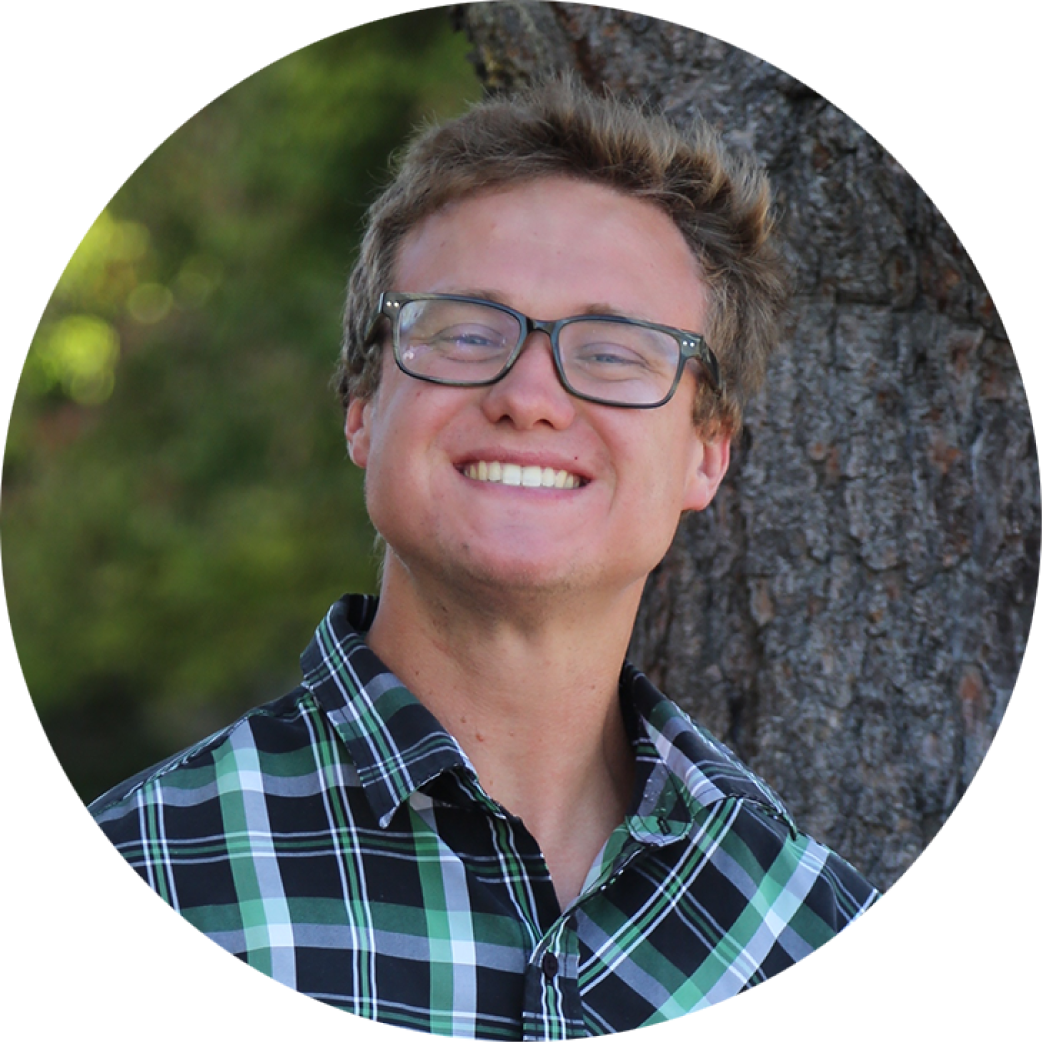 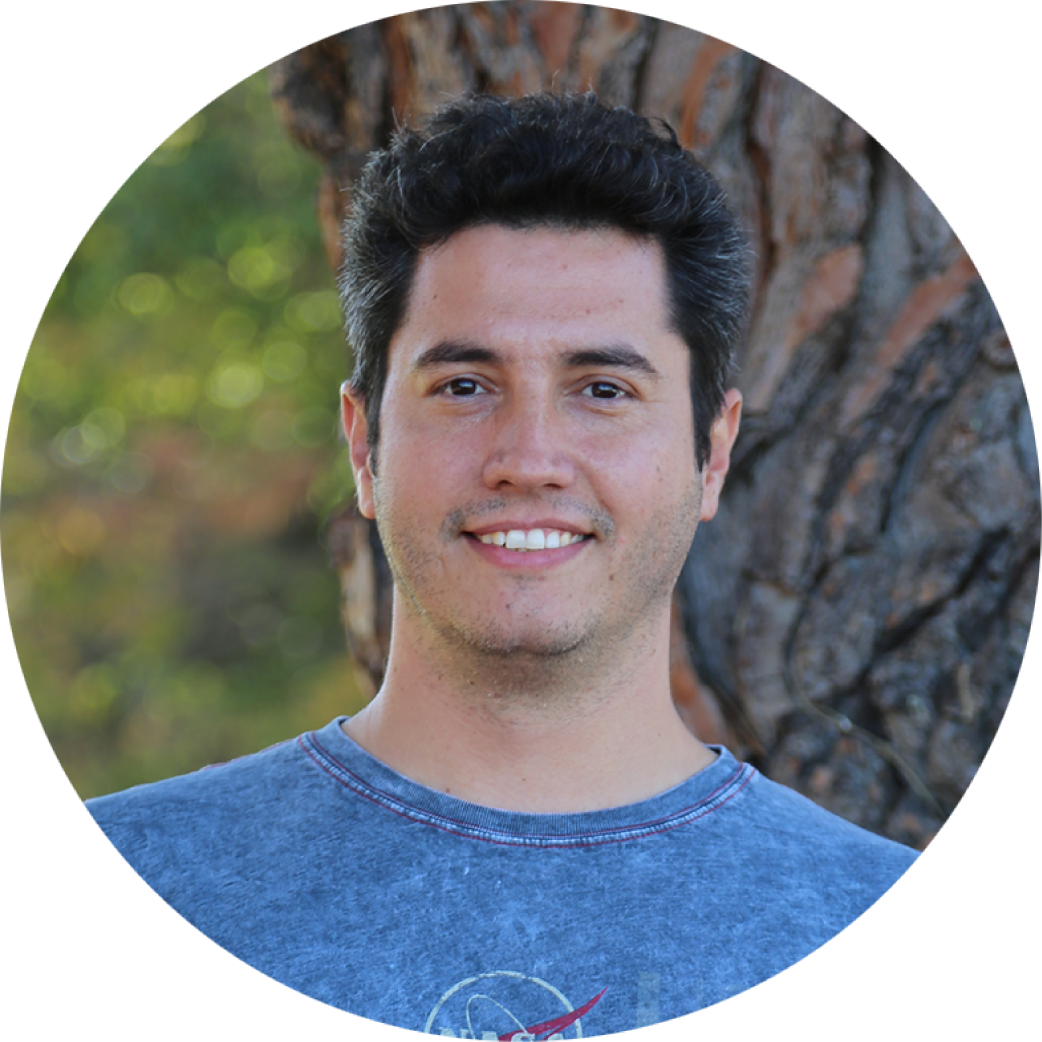 Kosuke is a research scientist at ELSI, Tokyo Institute of Technology and working half time at NASA Ames as a visiting researcher. Kosuke is currently building his career as a Synthetic Astrobiologist, tackling muitiple Origins of Life questions using series of molecular biology techniques as a tool kit.

Jesica is a PhD candidate at the University of California Santa Cruz and her research interests involve the interactions between microorganisms and metals. Jesica’s dissertation research is a NASA-funded project that involves genetically engineering microorganisms to aid in the degradation and separation of the elemental components contained in e-waste.

Trevor! graduated from Stanford University with a Bachelor's in Bioengineering and a Master's in Electrical Engineering with a bioelectric focus. Having been a member of the Stanford-Brown iGEM team in 2013, he has returned as a mentor while working on a low-cost, disposable tool for sensing specific viral RNA sequences. Originally from Colorado, he also loves skiing, sea turtles, and his dog.

Ivan is a visiting scientist at Universities Space Research Association, working on extremophiles, particularly radiation-resistant microorganisms, and flight experiments in support of synthetic biology and astrobiology. 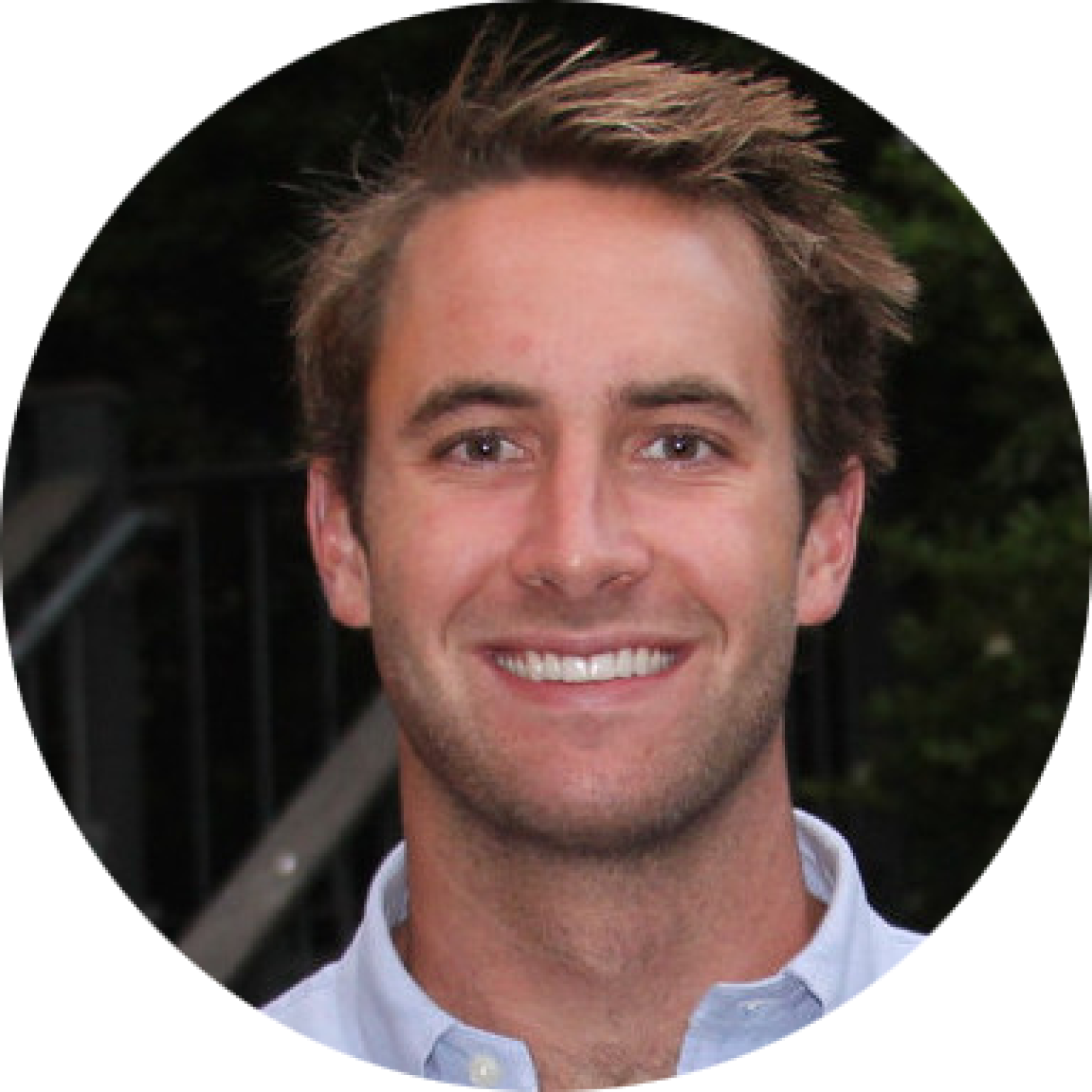 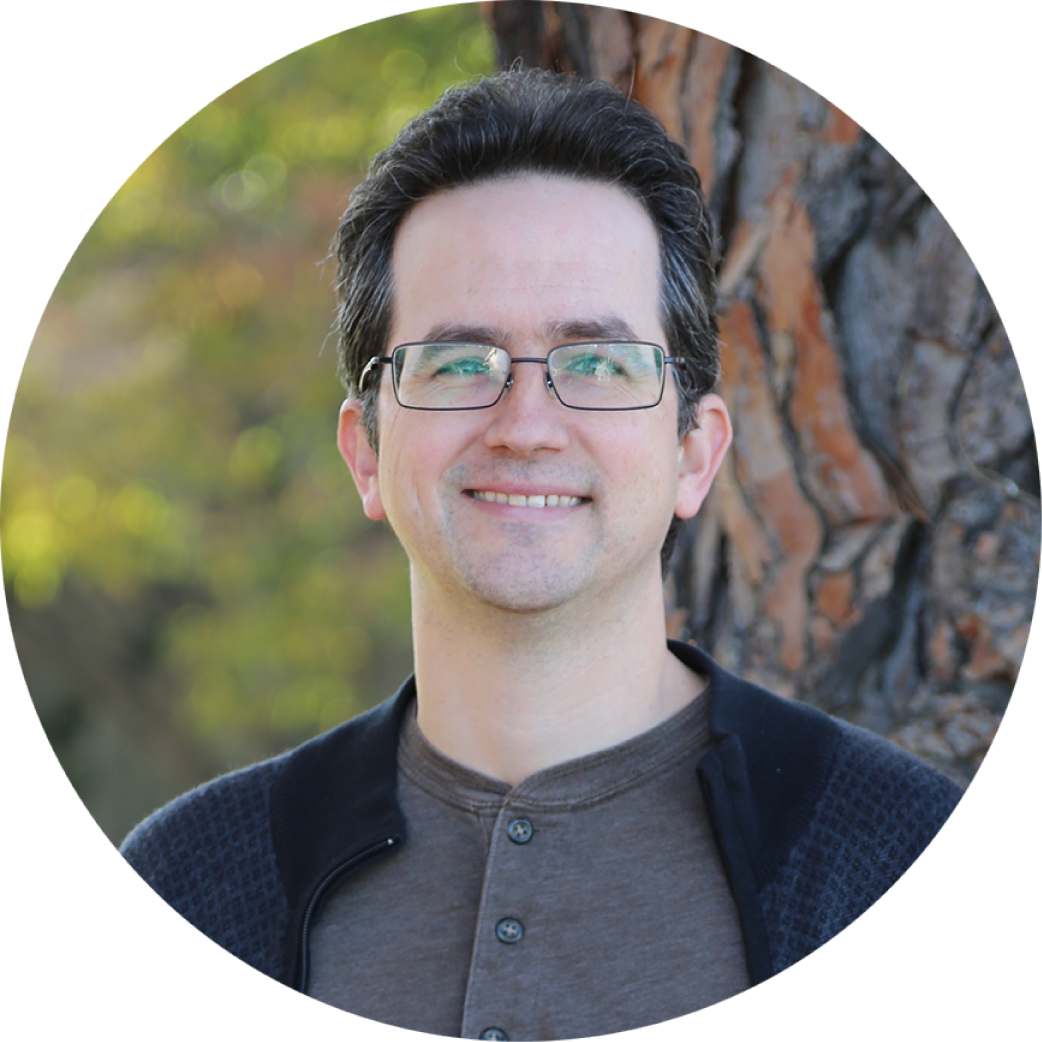 Ryan was a member of the 2011 Brown/Stanford iGEM team and graduated from Stanford in 2012 with an M.S. in Biology. This was his fourth year as an iGEM mentor and as a member of Dr. Lynn Rothschild’s lab. When he wasn’t whipping the iGEM team into shape, he worked on the PowerCell mission, a satellite project studying gravity’s effects on synthetic biology. He is now pursuing a medical degree at New York Medical College.

Mark is a research scientist at NASA Ames. His research is focused on answering questions related to the origin and early evolution of life. His lab is currently using in vitro evolution coupled with high-throughput sequencing and bioinformatics analysis to explore the ability of RNA, proteins, and RNA-protein complexes to evolve simple functions.