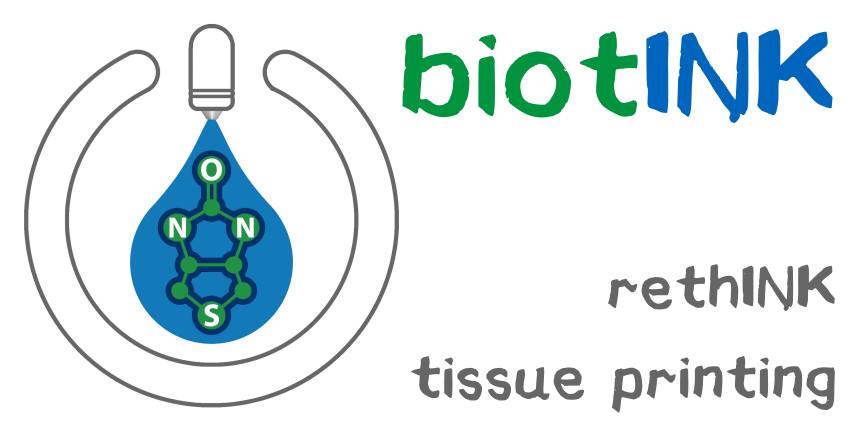 Our team did recognize the big responsibility and importance to teach and inspire students who are interested in biology fields like synthetic biology, genetic engineering or cloning. Teachers may don’t have the opportunity and the time to be responsive to all questions in the lessons. That's why we created a smart board file, which teaches these topics in an interactive way and that could be used as an additional tool. The short video shown gives you an overview of the slides we have prepared.

Why did we create a smart board file instead of a powerpoint presentation?

Over the course of the past years, smart boards have become more popular in schools all over the world. They start replacing the traditional overhead projector everyone knows because of its tedious work of compiling transparencies for every new topic or lesson. Powerpoint presentations often don’t allow pupils to interact in the whole lesson. They oftentimes just have to remain quiet and pay attention to the slides. Smart boards allow the inclusion of different forms of media like photos, videos or graphs, which can be also added spontaneously in the period by the teacher. This novel technology supports different learning methods. Pupils profit by learning in a visual way. Every student has the possibility to create the lesson and to contribute some ideas for individual entries. On top of that, smart boards are easy to handle because it is only necessary to install a software in order to open the files. Specific marker pens, chalk or cleaning fluids are not necessary anymore. With an access to the internet, teachers have the possibility to collect more material for their lessons in just a few seconds.

For that reason, we created a smart board file in close collaboration with a teacher, which meets the needs of pupils and supports their learning achievement in an ideal way. We want to make our smart board file available be to downloaded by the public and hope to spread the knowledge of synthetic biology in classrooms all over the world. Figure 1: Working with the printer

Since Munich with its two major universities is a hub of new ideas and entrepreneurs it was more than time for the first big hackathon event to take place here. Hosted by the UnternehmerTUM, the entrepreneurship center of TU Munich, the TECHFEST MUNICH promised to be even more than your ordinary hackathon with dozens of challenges and over 300 creative minds. Of course, we could not miss this awesome opportunity to present the technical heart of our project, our bioprinter to them and maybe even get some new ideas and tips.

Hackaday - the largest community of hackers As hacking of our 3D printer became an essential part of our project we figured we needed to share our know-how in the true spirit of the DIY community. Therefore it was no surprise that we put our project up on hackaday.io, the world's largest collaborative hardware development community. This also allowed us to introduce this highly tech-loving audience to our particular kind of hacking, namely biohacking. Our project page allows everybody who might want, to be it a scientist or a rocket engineer, to reconstruct our bioprinter with the DIY kit as all the files and instructions one needs are hosted there and can be accessed for free. Figure 3: A division of our team ready to explain our project to the public

We couldn't have missed the occasion! Following the tradition, this year's Open Door Day was held at the Ludwig-Maximilians-Universität München Faculty of Biology on July 14th ( visit the LMU website to the event! ).

Throughout the day, the public had the chance to get an insight into most of the faculties research groups and projects – among these our teams iGEM project. Figure 4: Explaining the DNA structure before isolating it from tomatoes

Therefore, we sought the opportunity to present our idea to a broader audience. To explain in a more comprehensive way the concept behind our ‘’BiotInk’’ we even constructed a 3D-Biotin molecule and used magnetic models.

Besides a very concurred DNA-Lab, where scholars could experience feeling as a scientist for a day by isolating DNA themselves, there were other highlights. We prepared and showed some shining fluorescent cells under the microscope. Their colors and structures surprised young and old!

To learn more about the DNA-isolation protocol we used just click on this file : File:TUM LMU isolation.docx This year's first-semester students of the Ludwig-Maximilians University Faculty of Biology were welcomed with a two days stay in Grafrath, Munich. The program included a series of presentations ranging from ecology over genetics and synthetic biology. In this context, we contributed our grain of sand by trying to bring the iGEM spirit a bit closer. After presenting the idea behind iGEM and our project, there was enough time and the adequate atmosphere to hold a discussion round about synthetic biology and answer all our newbie's questions. Figure 6: Round of discussion Every day people read new headlines in the media, which deal with synthetic biology topics, but often they don´t have the opportunity to share their opinion with others. Therefore, it was our aim to organize an enlightening event, that every interested citizen could attend in order to learn more about this emerging field of science. We wanted to invite people to be part of the panel discussion „Perspectives of synthetic biology in biotechnology and medicine“, which took place in the medical center "Klinikum Rechts der Isar" located in the center of Munich. We made it possible to give citizens the chance to get a deep insight into our project and the different topics and perspectives around synthetic biology. Our intention was also to discuss and explain sensitive catchwords like „designer babies“, „genetically modified food“, or „gene therapy“.

Prof. Dr. Gil Westmeyer (principal investigator of molecular neuroimaging at the IBMI) gave an introduction to synthetic biology. Mr. Westmeyer described the fields and the methods of synthetic biology, but he also gave a great impression to future possibilities.

The panel discussion was moderated by two iGEM members, Christoph Gruber (Molecular Biotechnology, Master) and Enes Ugur (Biochemistry, Master). We invited highly regarded scientists and leaders of research centers to talk about different aspects of synthetic biology. We asked them several questions, which dealt with topics referred to the applications of synthetic biology, safety and risks or ethics and society.

At the end, we encouraged the participants to ask the experts directly their questions but they had also the chance to explain their opinions and feeling, which come up with synthetic biology. There is a list of the academics who support the panel discussion with their great knowledge and different views:

Of course, we also got in touch with the public via our social media feeds as they present iGEM teams with the simplest way of reaching large audiences. This especially poses the valuable possibility to deploy surveys and stay connected with fellow teams. Figure 1: Development of the "Total Like" count of our Facebook page over a time periode of over 6 months before the Giant Jamboree 2016

As nowadays social media represents an easy-access information hub for a major fraction of the public it is of key-value to make use of it in order to inform about and decrease public distrust towards the field of Synthetic Biology and genetic engineering in general.

Thus we consider it important to determine the achieved reach and analyze the audience that can be attained. This not only indicates the current public interest in the topic but also which demographic groups can not be reached by the means of social media. Our analysis was based on the world's most accessed social media service Facebook and looks at the developments of our team page over the course of several months.

As displayed in Figure 1 a small direct increase in audience numbers over the first several weeks can be observed shortly after the initiation of this year's project. It is to assume that the majority of this increase is caused by team members and their respective peer group and family. At the beginning of May a sudden rapid increase was observed as a direct consequence of our first posts and especially our visit to the "Analytica 2016", the International Trade Fair for Laboratory Technology, Analysis and Biotechnology.

The weeks following showed a continued rise in numbers with another major boost at the beginning of Juli as a result of our attendance at the European Experience in Paris. With the time to the Jamboree decreasing the growth rate became lower though still consistent. A possible explanation for this phenomenon is the theory that up to this point most members of fellow teams have contributed to the growth and a maximum was reached. This would propose that the continued growth is mostly caused by people that are not associated with the team or iGEM itself. Further data from other team pages would be necessary to compare developments and further investigate the possibilities in order to allow for increased public recognition of iGEM projects.

As mentioned above we also analyzed our target group which is displayed in Figure 2. The most striking thing is the observation that the vast majority of followers is included in the age range of 18 to 34 years which correlates clearly to age iGEM participants. Increased attention to the mid-aged population sector should be included in future efforts to achieve a greater and more diverse audience in order to fully engage with the majority of the public. Furthermore, the slight excess of male followers can may just be a consequence of the overall Facebook user demographics. Nonetheless, gender equal targeting should be seen as a goal. Members of our team were interviewed by a national-wide radio station (Deutschlandfunk) and the biggest newspaper in the Munich region (Süddeutsche Zeitung). The articles will be released when the jamboree takes plase. We are already curious to read them.

To the complete press section