To better integrate the three devices, light-switchable TCS, riboswitch device, and motility device, co-expression in a demanding E.coli strain is inevitable. However, it is a tough decision on which strain to choose as the chassis of our project. At first we have two options, one is to choose CL1, a strain lacks motility-related gene cheZ but has envZ which is functionally equivalent to CcaS. The other is to choose JT2, optogenetically optimized but possesses cheZ. Therefore, to better achieve our goal on making the whole project work, we are determined to enforce gene knockout with λ Red recombination system, either to knockout envZ in CL1, or to knockout cheZ in JT2. However, swarming assay shows that been JT2 has been traumatized in previous research and show no motility (swarming ability even lower than CL1, data not shown). Consequently, deletion of envZ in CL1 strain is the optimized design. 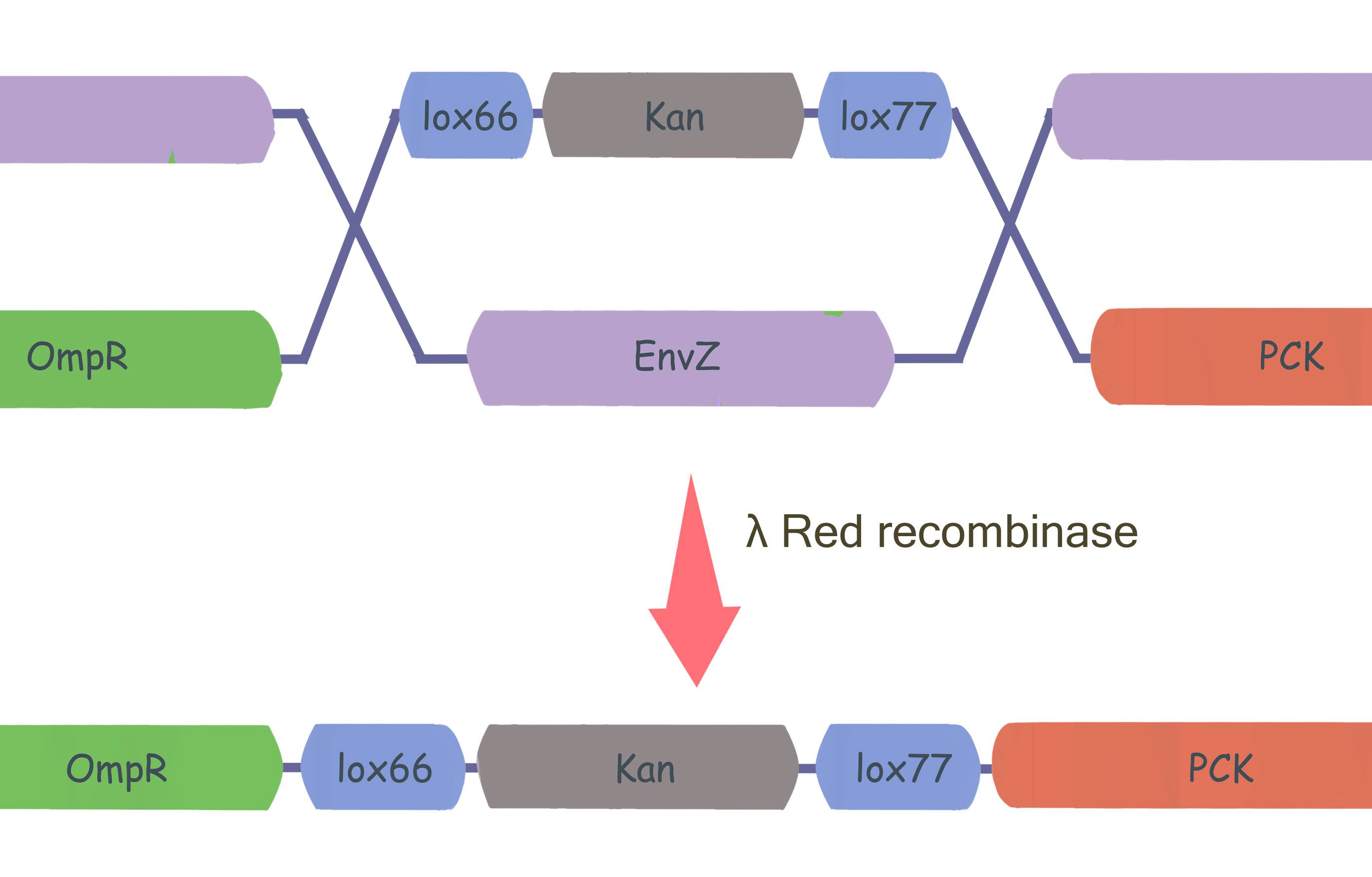 EnvZ- mutants were isolated as kanamycin-resistant colonies. The kanamycin resistance gene was then eliminated by using a helper plasmid encoding the CRE recombinase (plasmid pSC101-BAD-Cre-tet), based on the cre/lox recombination system (Figure 2)[2]. 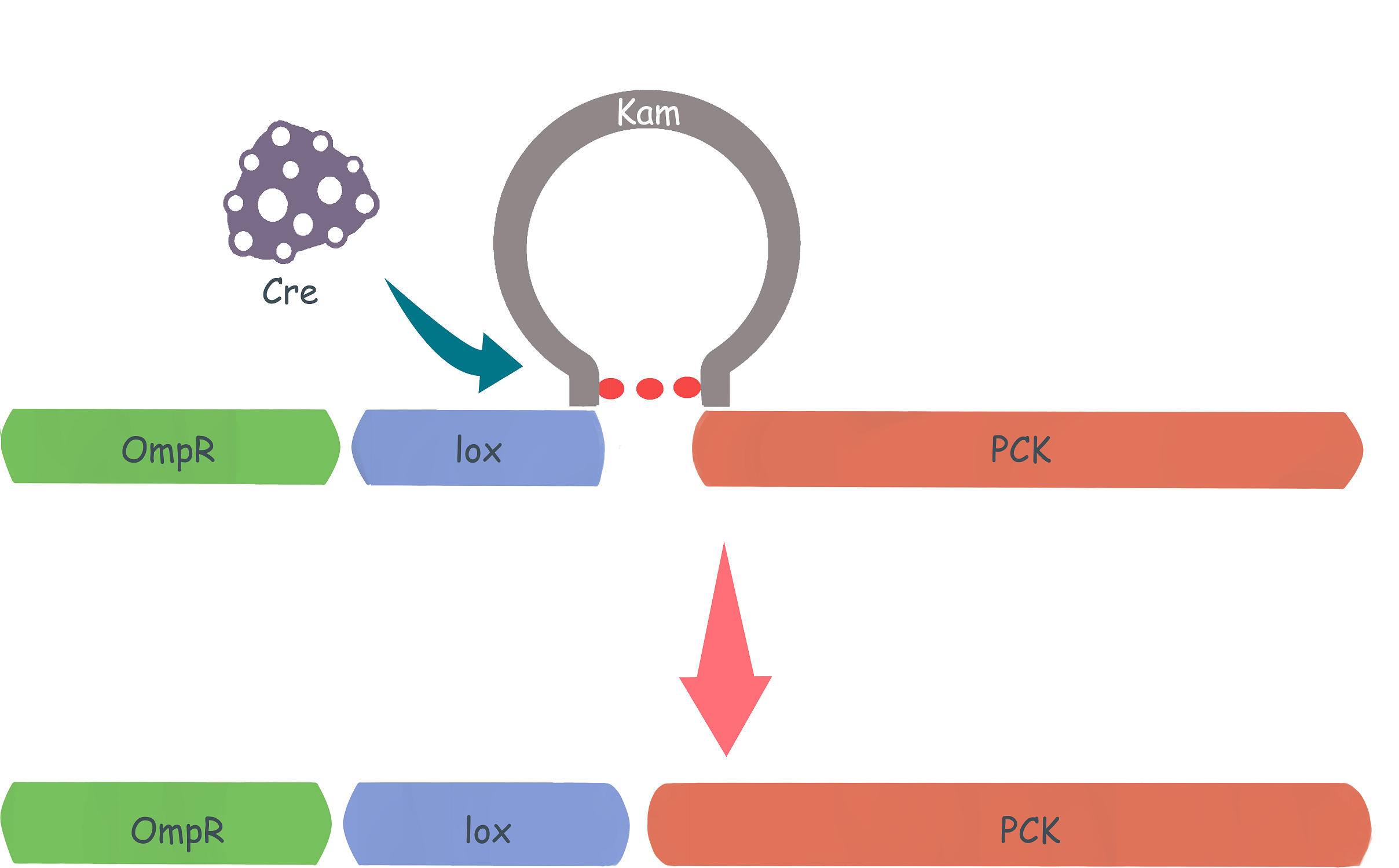 With this instructive recombination system, we constructed a new strain, SBSP (CL1△envZ::lox).

1.PCR cloning of insertion fragment. Primers included 80-bp sequence homology for the desired insertion location in the chromosome, and 20-bp sequence binding to template. Linearized plasmid pR6K-lox-kan-lox-new is used as template, digested with DraI. (Try not to use supercoiled DNA as template for PCR amplification [3]). PCR product is then gel-purified.

2.Three candidate colonies are picked and inoculated in LB media, grown at 30°C 200rpm for 2h. After induced by L- arabinose as previously mentioned, 1000-fold dilution is made and plated on LB without antibiotic at 37°C.

3.Resistance test on resistant gene elimination. Pick 16 colonies of each plate and double streak them on a KAN and a TET plate. Cultured at 30°C.

4. PCR verification of resistant gene elimination. PCR is enforced for those candidates grown on NEITHER plates. Primers bind to ompR and pck. Candidates are sequenced for ultimate confirmation on the elimination of KanR gene.

a. Recombination colonies on plate with kanamycin. Shows integration of KanR.

b. PCR verification on replacement of envZ with kanR. Primers bind to ompR and kanR sequence respectively..

To test the elimination of resistance genes, resistance test on Tet and Kan are operated. Most of the inoculation streaks did not grow (Figure 5), testifying that in most candidates, chromosomal integrated kanR is erradicated by Cre/Lox system and plasmid gene TetR is also eliminated at 37°C because of the temperature sensitive replicon PSC101. 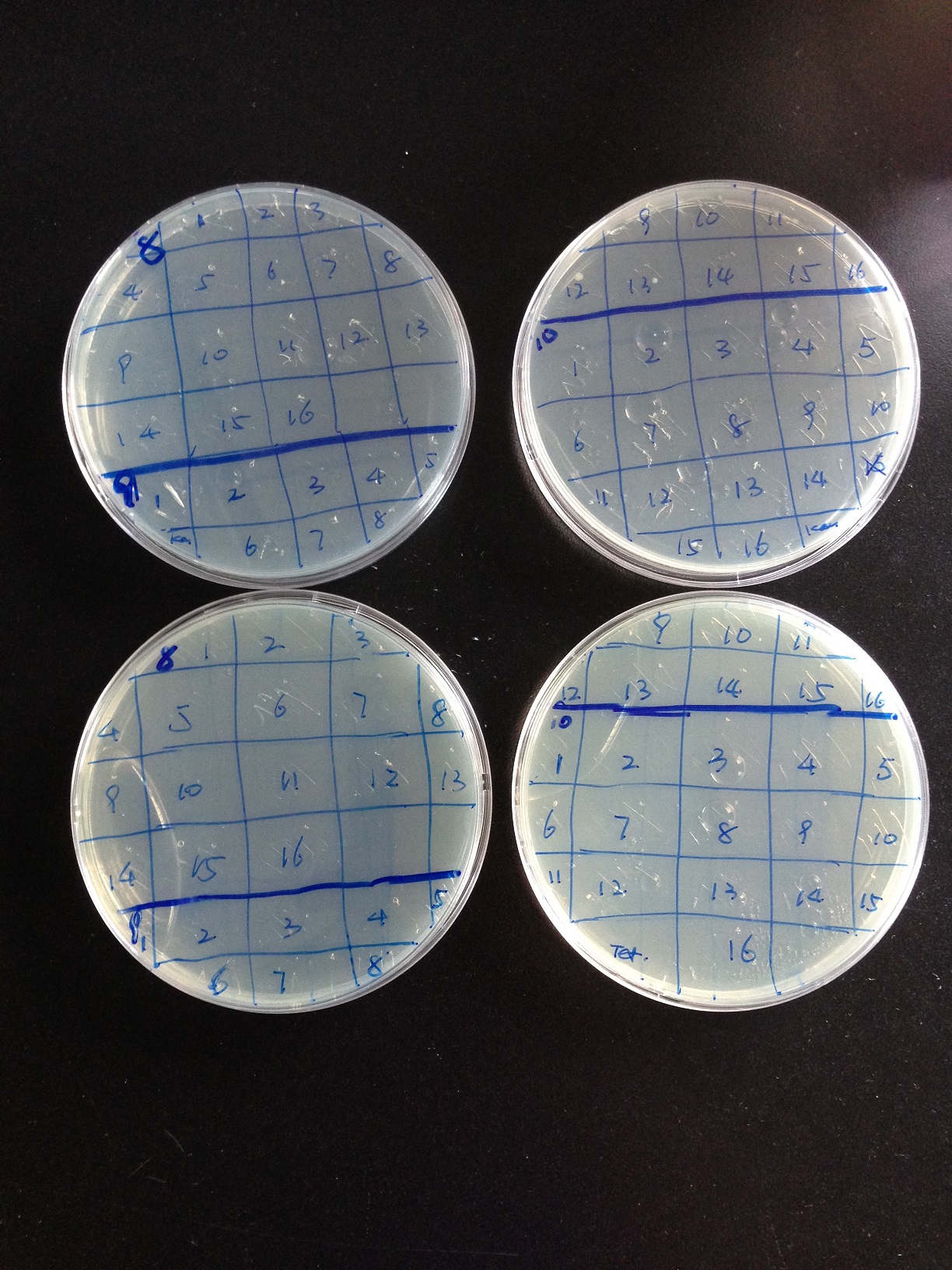 Both PCR verification and sequencing result (not shown here) certify that KanR gene is eliminated, scarred by a lox site (Figure 6). 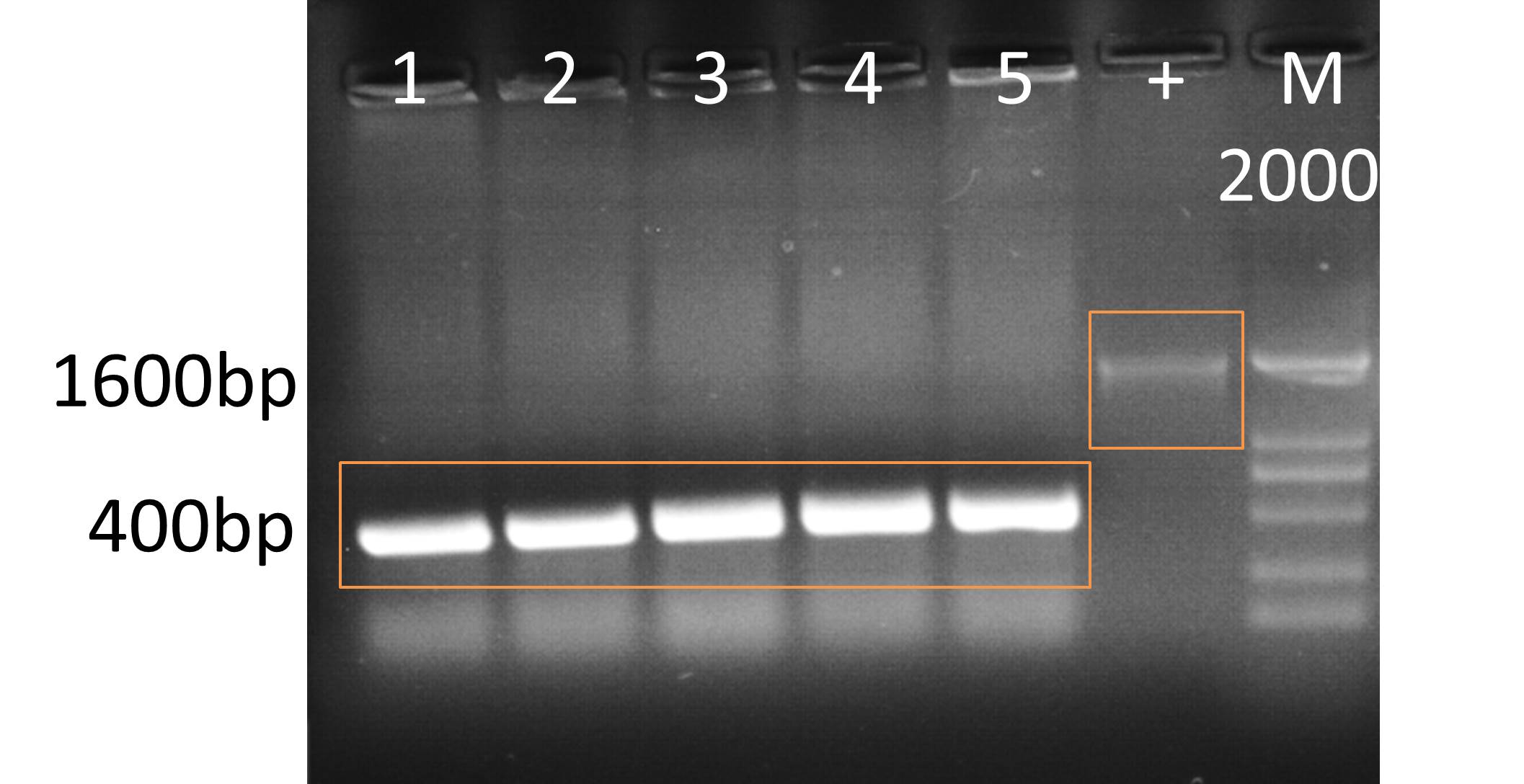 In addition, verification on a phenotype level is completed as well. For more information, please check results here

In conclusion, envZ deleted strain of CL1 is constructed. We named it SBSP (for the spongebobmania in our team^____________^)

Thanks to Dr. Youming Zhang’s laboratory, Shandong University, for sharing the material and instruction on method.