Last year, we develop a plug-in for microbes, a system that can build up an internal clock for microbes and guide them to live regularly as well as to work efficiently. Also, we could insert this system into dangerous strains and endue life span, they are doomed to die before causing any biohazard. Flip units based on recombinase system are introduced in our system. One flip unit is able to calculate a specific period of time, while several flip units form one time cycle. So, when we combine several time cycles together, a timer is constructed. Different flip unit assemblies create distinctive time cycles, forms different kinds of timers. We believe this system will be of great significance to biological devices with time-related concepts.

Although recombinase systems such as cre-loxp are being flexibly used in synthetic biology, we were the first to combine the system with the concept of "time". (Click here to learn more about 2015 SYSU_China’s project)

This year, we introduced this innovation of dynamic–recombinase-system into our new project of Cyclebow, which can count cell-cycles in living cells and therefore shed light on many unsolved scientific problems, especially stem cell therapy.

Brainbow is a system that randomly expresses fluorescent proteins in individual cells of mouse nervous system, basing on recombinase systems. Enabling individual cells to have distinctive colors, complex cellular structures can be easily visualized. First published in 2014 on Neuron[1], Brainbow has developed in its techniques (becoming more robust, or gaining more functions[2][3][4][5][6]) as well as been used in various model animals including zebra fish[7] and fruit fly. 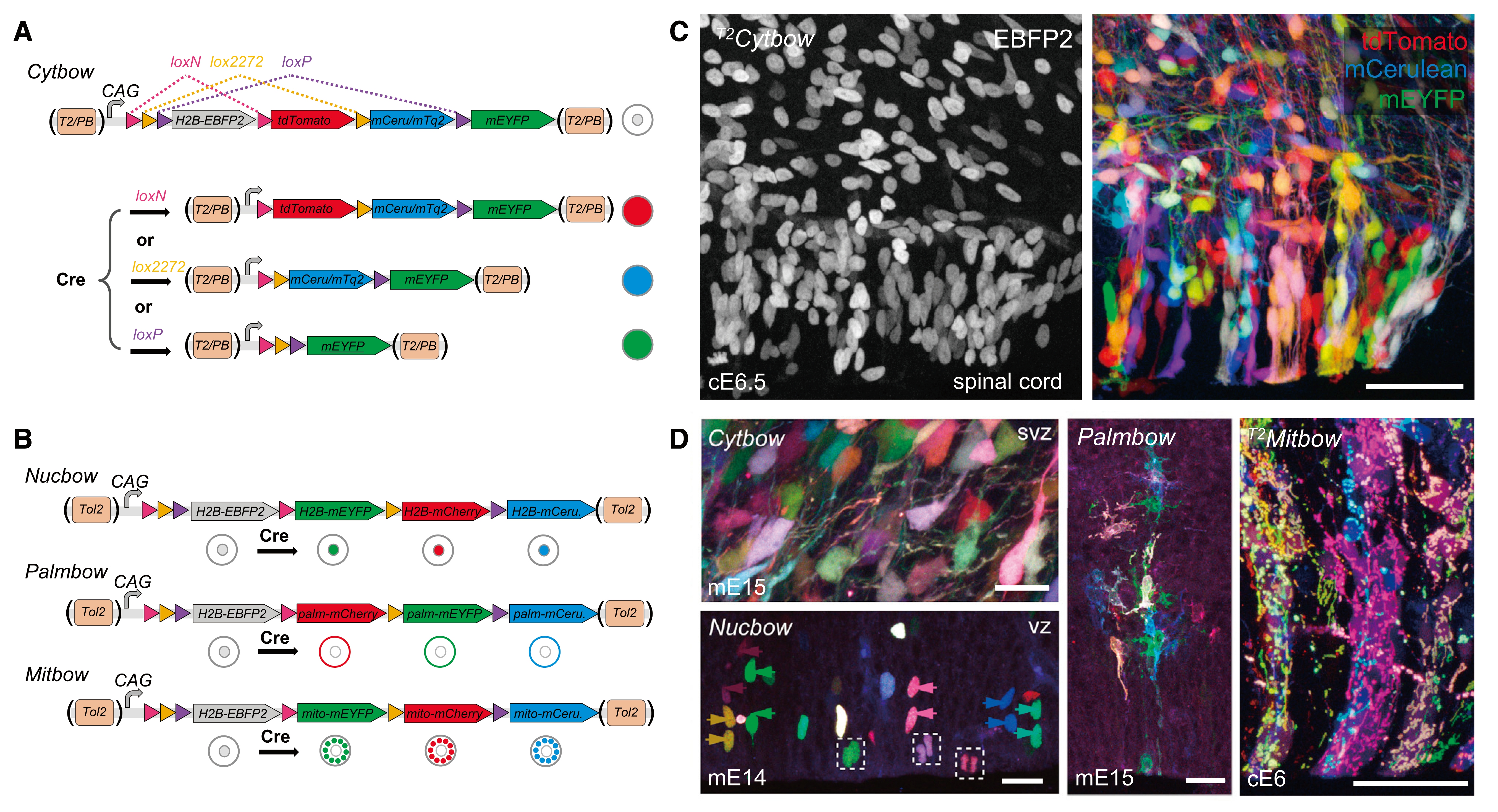 Brainbow inspired us in more ways than one. We were attracted by Brainbow’s colorful appearance when researching, after which we took a close look into its design. To our surprise, we found its design an old acquaintance of us, which was the recombinase system. From Brainbow, we got the message that it was possible to line up different parts in one DNA circuit and use recombinase to cut off one certain part, triggering the function of other parts.

Indirectly, Brainbow also made it clear that it was not able to solve the problem of whether cells had successfully undergone one cell-cycle (which is what we usually mean for cell division). And here is where our novelty lies: Brainbow can nearly solve any problem from the dimension of location, but we intend to focus on the dimension of time.

In summary, our project aims to develop an induced-spontaneous, dynamic labelling system, and as it focus on cell-cycles, we named it Cyclebow.

Before deciding on our project, we carried out a survey to know about people’s opinions on stem cell therapy and whether our initial ideas would be meaningful. From the survey, we got the hint that people value the proliferation of stem cells a lot. This assured us that the majority of people had the same thought with us, and that our project would be meaningful if put into usage. Now we are in common ground with the public, we have the confidence to work on Cyclebow.